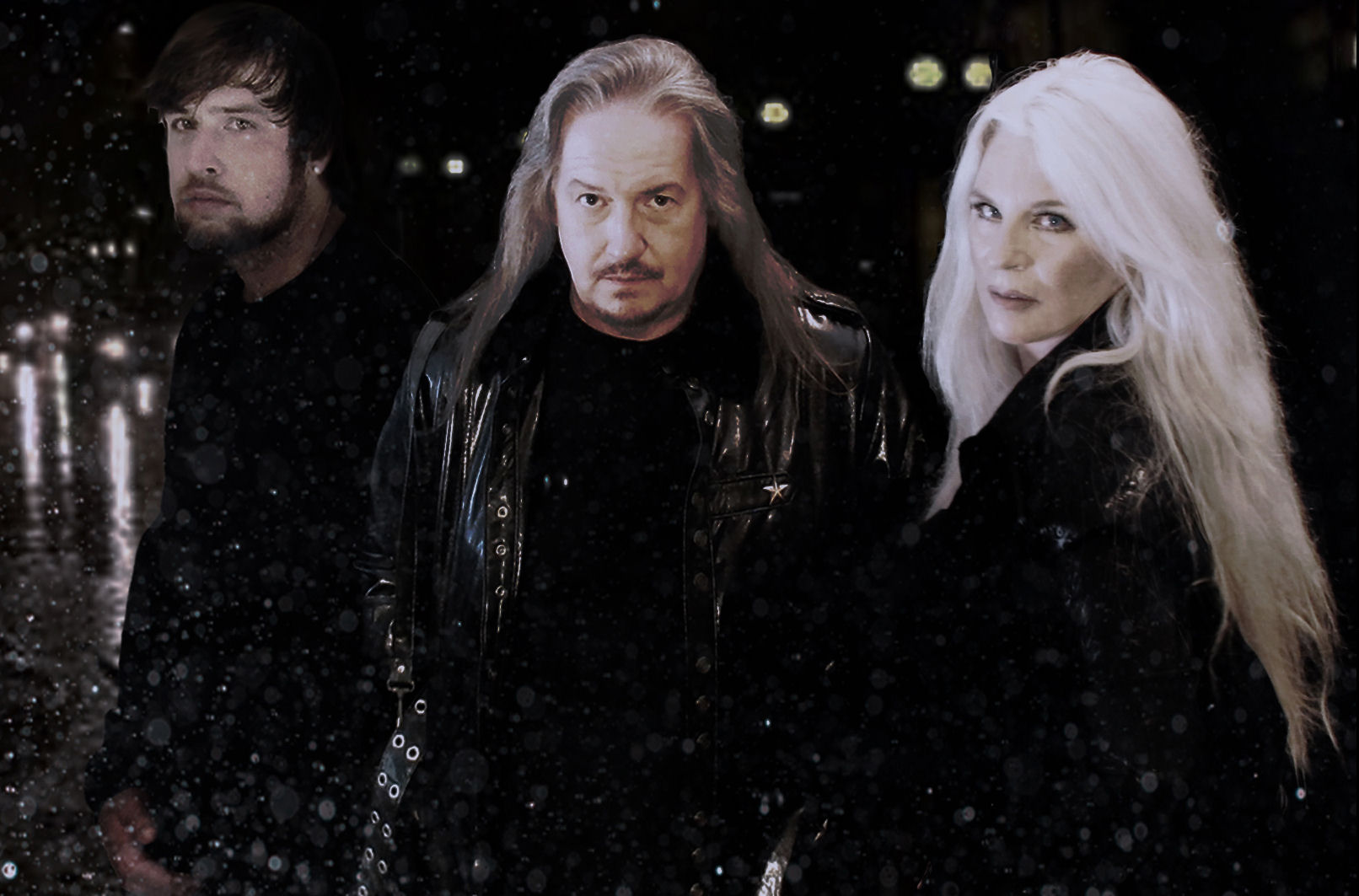 The 80s were heady time for heavy metal in the San Francisco Bay Area. Thrash would emerge along with Americanized speed and power metal. This is where I would first discover Dave Starr. From the first demo for speed-thrash monsters, Lääz Rockit, to the early years of power-groovers, Vicious Rumors, Starr made his bass prowess known. I would follow his career, which also included a stint with Chastain through to his own project WildeStarr, with wife and vocalist London Wilde. The trio, which also features drummer Josh Foster, finds Starr not only serving as bassist, but also as guitarist and principle songwriter. Wilde adds her dynamic vocal attack and knack for intriguing lyrics and melodic arrangements.

WildeStarr dropped its debut effort, the appropriately titled Arrival, in 2009. They followed this up in 2012 with A Tell Tale Heart. Five years would pass before the band returned with its most cohesive effort to date, the conceptual Beyond the Rain. The long journey between albums was marked with major life changes, all of which is represented with the new record. Metal Nation recently caught up with Dave and London to chat about Beyond the Rain, and the ups and downs of completing the record. Dave also takes a look back at the 30th anniversary of recording the seminal Vicious Rumors album, Digital Dictator, while the husband and wife also share their thoughts on which songs they might cover from the bands that most influenced them.

There’s been a lot going on in your world since the last album. You’ve had family issues, you moved across the country, you’ve had some serious family loss, as well as Hurricane Harvey which hit this year. These must have been major contributing factors to getting the new record completed.

Dave Starr: When we started writing this album, the situation in our family was not it turned out to be. London’s brother Gary committed suicide, so her lyrical narrative on the album completely changed from when we first started writing. He passed away right before the second album came out, but I was already writing the music for the new one, because I’m always writing. Normally we’re writing 10 stand-alone tracks but this album ended up morphing into more of a concept album that London needed to expand on.

London Wilde: Yes, there was a lot going on for us, but the other thing is, I didn’t want to let anything go that wasn’t really good. I tried to put my best effort on every song because it was important to me. I kind of looked at it as if every single song could be a single. Whether or not it turned out that way that was how I tried to approach. So I wanted to take my time.

Tell us about Beyond the Rain from a sonic standpoint.

LW: I think the music is typical of WildeStarr, but when Dave started writing I said ‘Why don’t you try and mix it up a little bit, and do something unexpected. Arrange something different than what you normally do.’ He actually did an excellent job of doing that. I think sonically we took it one step further. It sounds a little more well-rounded and balanced than the record before. You’re always trying to improve. We improved upon the guitar tones. We worked really hard on getting just the right sound. I like the overall sound on this record is an improvement over the last two.

DS: We did things a little differently on this album with the guitar tracking. I’m mainly a Les Paul guy, and I play all the guitars and bass on our albums. I ended up using one of Gary’s Strats on this album to try to mix it up, so instead of having two Les Pauls, left and right, we used a Strat on one side and a Les Paul on the other. It gave the album a little bit different sound and feel. We also did it partly as a tribute to Gary, and also maybe tap into some mojo or whatever you want to call it. It may have come out in the recording. I think it did.

One of my favorite riffs and tracks on the album is the final cut, “When the Night Falls”. Tell us about that one.

DS: That’s my favorite track on the album. I think everything that we represent and everything that we stand for basically just kind of came together perfectly in that song. One of the more interesting things on that song is when I write the music and give it to London, I don’t have any idea what she’s going to do. I say to her, ‘This is my idea for the verse, I think this is the chorus part, this is going to be the bridge, and here’s where I’m going to solo.’ Of course nothing is etched in stone. There’s flexibility and things can get changed around. The chord progression on that one is rather complicated, and I remember thinking, I wonder if she’s going to come back to me and say, ‘You’ve got to change this. This is too crazy to sing lyrics over.’ But the chorus on that song is just so awesome, and it’s over this rather complex, moving chord progression. I was blown away when I heard it. London just really blew me away with the work she did on that song. I love everything about it.

LW: That song has all the elements that are classic WildeStarr, and it’s a really good well-rounded song. It’s not my favorite, it’s one of my favorites, I’m really proud of it. Me personally, the one I listen back to the most is ‘Down Cold.’ That one, just the emotion in it just kind of grabs me. Because there’s so much openness in the verses, you can hear the subtleties of my voice more. Normally in WildeStarr, there’s so much music going on, it’s a little hard to cut through (laughs).

You can listen to full interview with Dave and London below as they talk in-depth about the new album, the challenges of getting it done, and all things WildeStarr.