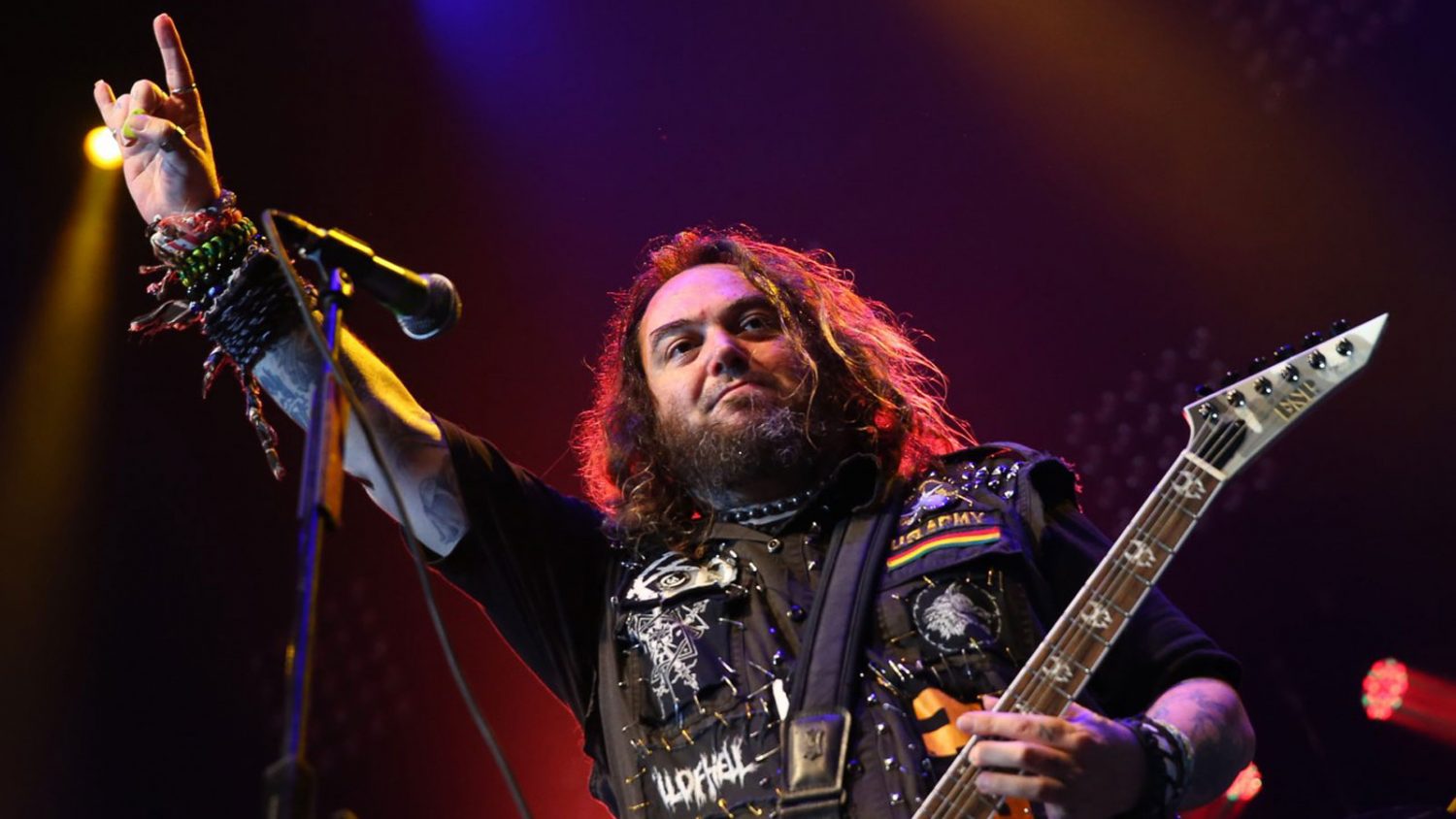 Max Cavalera and Soulfly are currently tearing up the road performing Nailbomb’s entire 1994 album, Point Blank. This follows Max and brother Igor Cavalera doing their own Return to Roots tour, which will reconvene in November for a final European run. The brothers also recently completed their fourth Cavalera Conspiracy album, Psychosis, which releases on November 17. On October 8, Metal Nation caught up with Max  Cavalera on the eve of the band’s third show of the Nailbomb tour. He talked about the tour, Psychosis, the next Soulfly record, and his thoughts on a sophomore Killer Be Killed album.

We’re in San Francisco. The tour has started right now and we’re rolling hot,” says Cavalera. “We’re having a lot of fun. It’s a power packed, high energy, full angry show, which is great. It’s the Nailbomb big fuck you to everything attitude, live with Soulfly playing all the songs. I’m having a blast.”

Cavelara’s wife, Gloria, who manages his career, has been the catalyst for the original Nailbomb project and this current decision to have Soulfly perform the record.

She’s responsible for both things; the album and the tour, remarks Max. “The album, we were just fucking around, me and Alex [Newport]. We were just writing riffs with no idea of what we were going to do with it, and she came in the room like, ‘I’m going to get guys a record deal. Just make a band and give me a name.’ That’s how Nailbomb started. She made it happen. The same thing with the live situation; she had the idea to have Soulfly perform Nailbomb. At first I wasn’t sure, but the more I thought about it the more it made sense to me to translate and turn the record into a band. Soulfly is a band with a lot of weight. We’ve got really good musicians and we can really play the stuff. There’s not really a lot of talk between songs. It’s just metal simplicity and noise and samplers and a really electric feeling in the air.”

When Nailbomb released Point Blank in 1994, there was no tour to follow the album’s release though it always felt like it would translate well live.

I think that record was meant to played live,” Cavalera offers. “It’s just because it was a project, we never did much with it. We only did the two shows; one in a club and the festival in Holland. But that’s what’s cool about this tour. We’ve put all the weight of a band behind it, but we also got all the original samples from the master tapes, we have the original backdrop–So we have things from the original album, so when people come to hear it, they hear the original things from that era mixed with the power that we play with Soulfly.”

The Cavalera brothers recently wrapped up recording the new Cavalera Conspiracy record, Psychosis, and Max admits that the energy from the Return to Roots tour helped fuel the making of the new record.

We went from the tour to the studio so we were all under the spell of the tour. Not really sonically, because I think Psychosis really has nothing to do with Roots in the sonic landscape. It’s more of a death metal, thrash metal kind of album more influenced by stuff from [Sepultura’s] Beneath the Remains and Arise, and the stuff that we listen to now like Nails, Gatecreeper, and Powertrip.”

Cavalera Conspiracy has already debuted the first track from Psychosis, “Insane.” Cavalera hails it as a solid opening track, but suggests it is not indicative of what the full album will sound like.

I don’t know who at the label picked that song. It wasn’t my choice,” admits Cavalera. “I think there are better songs on the album. I like the song. We open the record with it, but the songs that come right after it like ‘Terror Tactics,’ ‘Spectral War,’ ‘Judas Pariah,” and ‘Hellfire,’ are even stronger and crazier. The Psychosis record dives into the whole world of death metal and thrash metal together. So Psychosis, apart from Hellfire with Justin from Godflesh, that sounds kind of like Nailbomb and Godflesh, and then the song ‘Psychosis,’ which is an instrumental that’s almost like prog rock, that’s influenced by the stuff I listen to like Pelican and Russian Circles—everything else on the record is a full on death metal, thrash metal attack, and it feels great to play it. I can’t wait for people to hear the rest of it.”

You can check out the full interview with Max Cavalera below as he talks in-depth about Psychosis, Soulfly, Nailbomb, and Killer Be Killed.