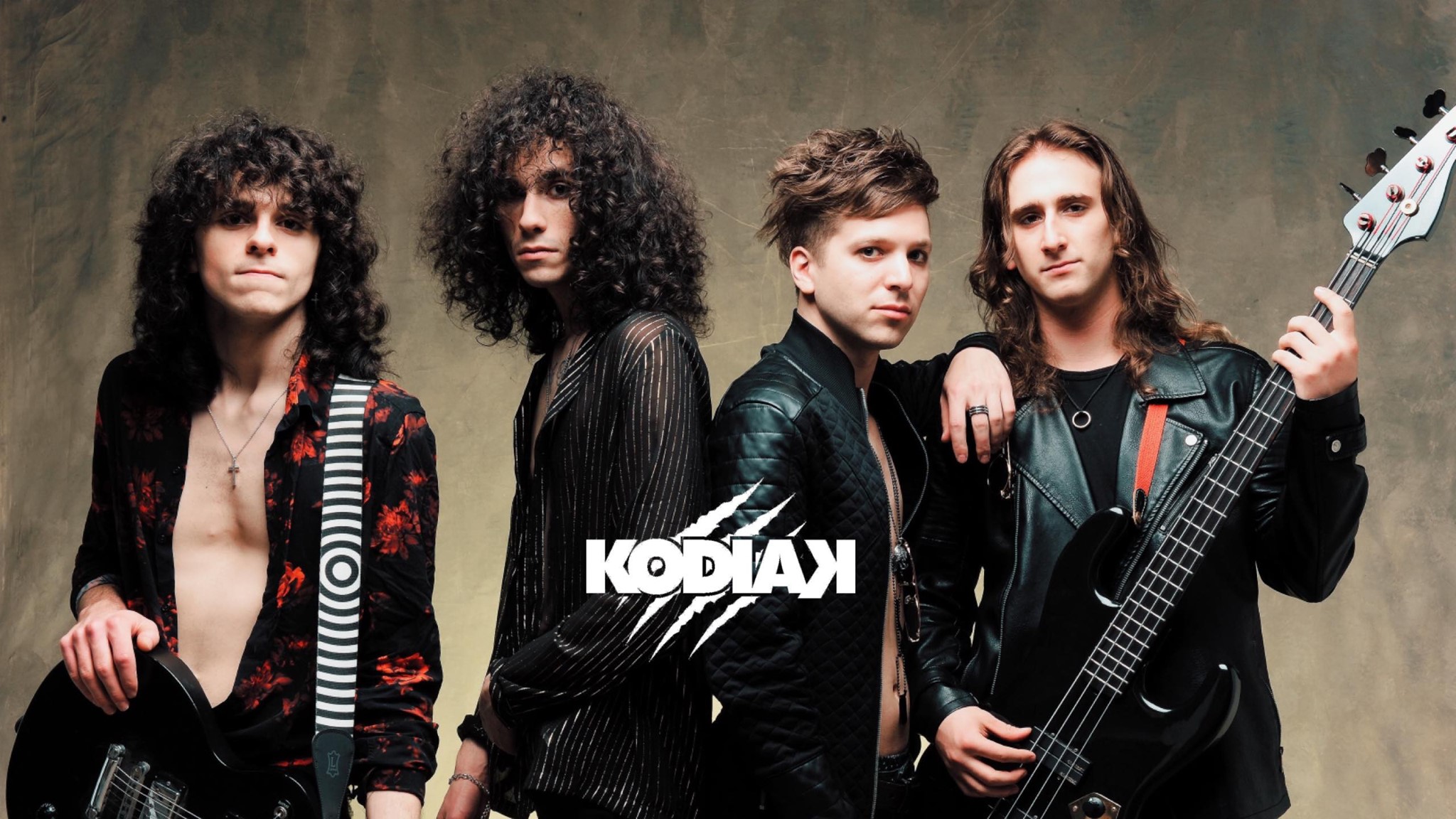 If you have not taken the chance to check out the new competition show No Cover, you should sincerely consider it. The show is put on by Sumerian Records and features a panel of judges: Lzzy Hale of Halestorm, Alice Cooper, Gavin Rossdale of Bush, Bishop Briggs, and my personal favorite, Tosin Abasi of Animals as Leaders. The competition entails unsigned bands who play their own songs in an attempt to earn money and a record deal. One of the most interesting things about it is the diversity you get to see between the bands. One band that stood out to me was Kodiak.

These young guys made a big impression on many, including Abasi. Kodiak is an 80’s style metal soundscape with some Van Halen vibes. The band consists of brothers Pete Biggiani (drums), and Chris Biggiani (guitar), as well as Eric Dalton (vocals) and TJ Haefner (bass). They are currently working on releasing an album, so make sure you keep up to date on upcoming news on their social media platforms. You can also stream them on most streaming services.

Pete and Chris sat down with Metal Nation to discuss their time on No Cover as well as what they are up to now and what the future holds. (If you are viewing from your phone, scroll to the bottom of the page and click “View Desktop Version” to get interview video access.)