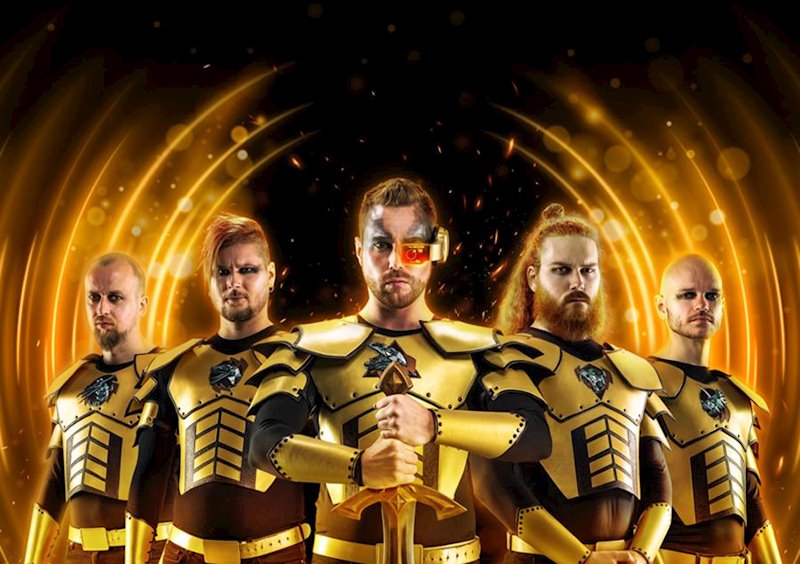 What do you think of when you hear the word “metal?” I think many would have similar thoughts, and many would have opposing thoughts. That is the beauty of music though, it is all subjective. Anytime we pigeonhole a genre into what we think it should look like, or sound like, we are doing a disservice to the genre and to ourselves. Case and point with Victorius. They have a comedic lyrical and theatrical style, yet they are serious musicians who do the power metal style incredibly well. If you automatically sign them off due to it not fitting your idea of metal, you are sincerely missing out.

One of my favorite things about Victorius, is their confidence in being exactly who they are and not letting the elitists get them down. They sing about space ninjas and dinosaurs that battle for the world with quirky song titles and catchy choruses. Personally, I appreciate the fun and entertaining way they are approaching music, to chuckle and bang my head at the same time is not something I had experienced previously, and I enjoyed the “victory.”

Victorius is a German power metal band with dino-mite musicians: David Baßin (vocals), Dirk Scharsich (guitar), Frank Koppe (Drums), Florian Zack (guitar), and Andreas Dockhorn (bass). They just released their newest album, Dinosaur Warfare Pt. 2 – The Great Ninja War on June 24th, 2022. Their talent is out of this world and their humor is alien in the metal scene, which makes it that much more intriguing. I highly encourage you to give them a listen.

Metal Nation sat down with Dirk to discuss this intriguing project. If you are viewing from a phone, scroll down to the bottom of the page and click on “View Desktop Version” to gain access to videos and interview.