ATTILA'S Headlining Tour with RINGS OF SATURN, SUICIDE SILENCE, VOLUMES, SPITE, and CROSS YOUR FINGERS Brought It 30+ Times This Summer On Tour Monthly Witnessed It All

By Featured Correspondent On Sep 4, 2018 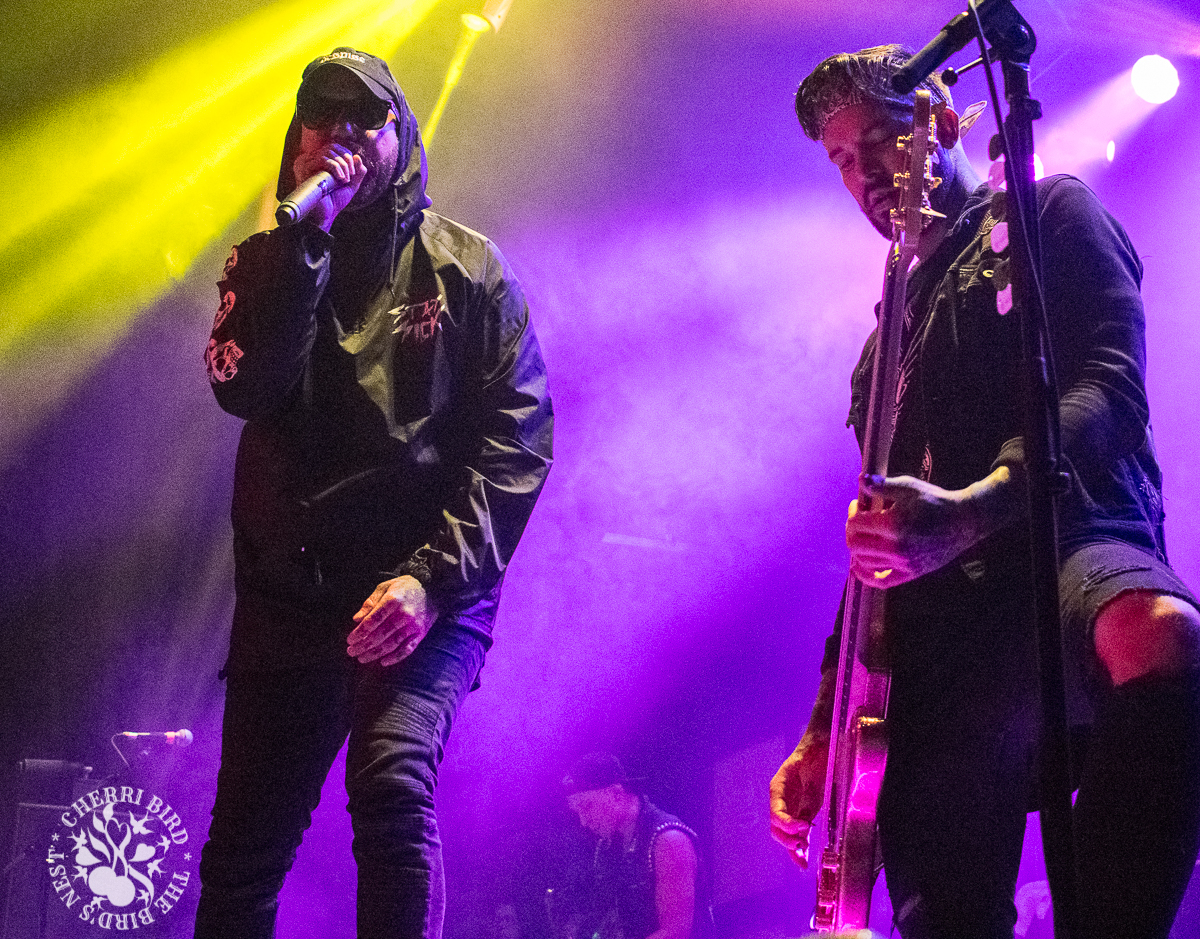 If you’re an ATTILA fan, you already know ten reasons why RAGEFEST really did rage this summer. The band’s headlining tour made over 30 stops across the US in July and August with metalcore(ish)-power players Suicide Silence, Rings of Saturn, Volumes, Spite, and Cross Your Fingers.

Normally, I scoff at a bill that has over four bands. I almost did, just now. Actually had to backspace because as I started typing I recalled that what normally happens with six bands, did not on this tour. Doors were actually at the time published on the venue’s event page and it was not so early of a show that rocking out to the first two bands didn’t make you feel dirty and like you were being disobedient to the Gods Of Metal by doing what is done at a rock show before the sun was good and below the ground.

At the show at Canton Hall in Deep Ellum (Dallas), Texas, the audience was stacked in right before the first band went on. You can always tell when the tour is a good one when the first two or three bands actually have some people in the audience. Now, Deep Ellum is the greatest place to see a live show because, well frankly, this is Dallas’ original music area. The entire four streets are chock-full-o-bars and live music bars, places to eat and with the recent reno of the ara, there are more retail places to wander around before or after a show. You can just feel the energy surrounding this area, bustling with the sounds of music pouring out into the streets from open doors. On any given night depending on the haps, Deep Ellum is the place to be for music.

So back to the tour though. Instead of having you read about the six bands that played, I decided to break it down like the big boys do on those other places that music information comes from on the www. I mean, if “Top 5″ or Top 10” lists are industry standard, well, why the heck shouldn’t Metal Nation do them? We should! And we are…or did…you’re reading it right now!!

3. Volumes – OMGoodGolly, folks! This band was INSANE! First of all, the first measures of the first song dropped so loud, fast, and hard, I literally jumped and let out a screech! They were so strong right from the heave-ho, I am sure my jaw dropped and stayed open through the first half of their set. Energy, power, girth, emotion, engaged with the audience, Volumes cranked the dial past 11 to like 13 or something crazy like that. I just snapped pictures as bodies flung around in the crowd and Myke went into the crowd while they supported his steps to the middle of the audience. I love that when they do that! I don’t know why I just do! (ICYMI – Myke Terry is the former singer of Bury Your Dead who joined the band made up of co-vocalist Gus Farias, lead guitarist Diego Farias, bassist Raad Soudani and drummer Nick Ursich).

4. Did I mention Attila? This band is like hot lava! I wanna roll all four of them up, Stepbrother style only I think I’LL just keep them in my purse and not where that crazy lady wanted to keep Dale. It’d be kinda rad to pull the whole stage show out of my handbag though and have Fronz, Chris, Kalan and Bryan pop out and jam a few songs anytime I wanted.

5. Suicide Silence killed it! Wait, no pun intended. Having transport issues on the way from the night before show, they pulled up, loaded out and then on stage they went! Even still with tour challenges like that their freaking set was IN-tense! I absolutely loved seeing them in all of their glory! I’m certain they’ll be back in Dallas soon and I’m 100% all in when it comes to covering their show! If you are one of the 7 people that have never seen these vets on stage, you’re missing one of the best Death Metal/Metal bands to come out of California since their inception in 2002.

6. Fronzilla. Yep, I said it and I mean it! Fronzilla is a like a spirit-filled RapMetal evangelist, y’all! He’s fun to watch, the crowd goes bananas when his foot hit the stage and doesn’t stop I’m sure fans are still all jacked up on Fronz til they get home. Chris, Kalan and Bryan back his ass up with a dosed up performance that is super sick! The best thing about Fronz is you can tell he’s having the time of his life doing what he loves to do. He’s smiling, acting up, making the crowd do his bidding, and flat out just entertains when he’s on stage.

7. Rings of Saturn – continually amazed by the freakishly gritty growls from Ian’S mouth canal. Native to Texas, Rings of Saturn have more neon, UFO infused, rad AF, alien motif t-shirts then you can shake a stick at. I poop you not, there were two tables of shirts from this band! I am going to have to become way more familiar with this band in the next few weeks. I’ve been familiar with the band and have seen them from afar a few times but never up close and personal. I dug the hell out of them!

8. Fans of all of these bands are total savages and are almost as fun to watch as the bands on the bill! They’re loyal AF and show up when they’re asked to. Chicks are crowd surfing, dudes are going low and jumping up and down like loose springs on a junkyard mattress! Sweating, screaming, singing, arms flailing, bodies bouncing – this crowd was nuts and made sure to #bringit for RAGEFEST 2018.

9. All the bands dropping all the bass beats! I love the air coming off the bass subs in the front, it’s really air that is pushed out from the rumble of the drops and the lows lined up under the stage facing out into the crowd. Dude, it’ll jar your insides and give you a jolt if you’re not prepared!

10. Finally, number 10 – Attila! No, I’m kidding! Spite, Cross Your Fingers have to be mentioned Lovelies. Following Spite since they were just tadpoles in the big rock pond, it’s ballz to watch them come up and stay out on the road with bands like Suicide Silence, Volumes, Rings of Saturn, and Attila. I saw them in a small club tour with Oceano a year or so ago and knew they’d slay! I saw the last couple of songs by Cross Your Fingers and promise to catch them on the flip because what I did see was badass!But, seriously, I really want to put Attila…too much? Ha!

RAGEFEST 2018 was a huge success for all of the bands on the bill as far as I am concerned. I mean, I had a blast and not just taking pics either. I raged just like the rest of the kids squashed against the barricade for every band. The sets were a good length and the crowd was receptive to every band. It’s promising when fans from somewhat different genres can get all up it for shows that they might not go to had a favorite band not been on the bill. (Not to say these bands aren’t similar, they totally are – but the mashup is a little different, ya know what I mean Mean Joe Green?)

Follow all of the band’s socials for upcoming winter tours like VOLUMES’ UK Tour with CROWN THE EMPIRE.

Til Next Time – MLMR – Cherri