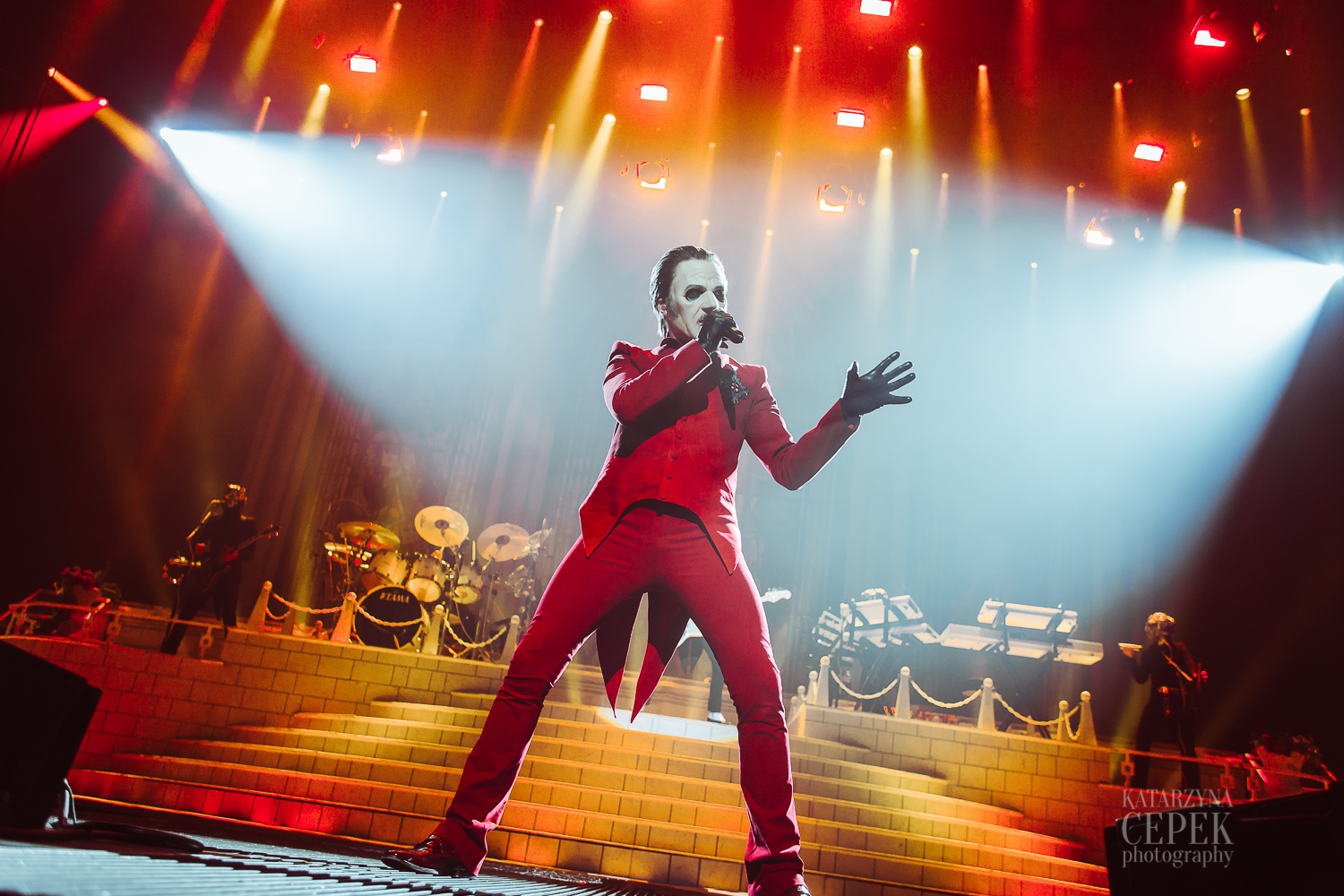 Sweden’s anonymous heavy rock troupe, Ghost, continue to mesmerize North America on The Ultimate Tour Named Death. The band is touring in support of its Grammy-nominated fourth full-length studio album, Prequelle. San Antonio’s alt-rock heroes, Nothing More are serving as the lone support act for the current leg of the tour. Metal Nation caught the act during its September 27th Boise date at Extra Mile Arena.

Nothing More is always a joy to watch and hear. Every performance is executed with verve and precision, and this event proved no different. Frontman Jonny Hawkins came out shirtless as always, with half his chest coated in black and white body paint. The band’s lighting seemed limited, setting a somewhat broody cast to their set, but they made the most of it with a blend of high-energy tracks, such as the show opener, “Let ‘em Burn,” and “Go to War,” alongside more emotive numbers like “Jenny” and “Fade In/Fade Out.” The trio of Hawkins, guitarist Mark Vollelunga, and bassist Daniel Oliver teamed up for a three-way bass solo back stopped by drummer Ben Anderson. The quartet’s nine-song set ended with Hawkins riding high upon the band’s famed Scorpion’s Tail on the track, “First of the Year (Equinox)”. The band is winding down it’s touring in support of its 2017 Grammy-nominated album, The Stories We Tell Ourselves. 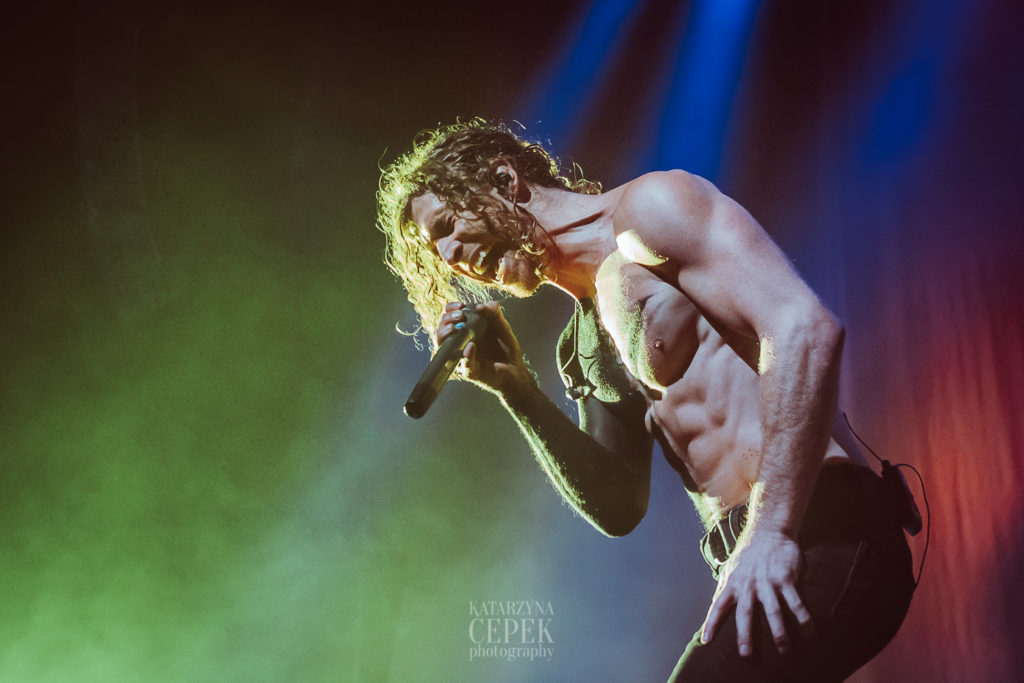 Ghost took the stage en masse amidst the eerie yet brief opener, “Ashes”, the backdrop of the stage like some evil cathedral. Vocalist Cardinal Copia surrounded himself with a cast of Nameless Ghouls which included three guitarists, a bassist, drummer, and two keyboardists. All were garbed in form-fitting black funeral wear and silver face masks. One might liken the feel to a Satanic cabaret. The Cardinal (aka mastermind Tobias Forge) came out in a crimson suit and his creepy, lifelike skin mask. He engaged the crowd with his banter and showmanship from the opening riffs of the band’s recent hit, “Rats” from the latest record, Prequelle. Six of the 20 songs performed were culled from the new record, including the singles, “Faith” and “Dance Macabre”. Seven songs were performed from the band’s 2015 album, Meliora. Among those tracks were the hits “Cirice” and “From the Pinnacle to the Pit,” as well as deeper cuts like “Devil Church,” “He Is,” and “Mummy Dust”.  The group performed both tracks from their just released two-track EP, Seven Inches of Satanic Panic, “Mary on a Cross,” and “Kiss the Go-Goat,” both delivered with a tongue-in-cheek psychedelic flourish. The evening’s show came to a close with the group’s monster single, “Square Hammer”.

Throughout the 90-minute performance the band’s enthusiasm permeated the venue, and the dark vibe of the music and stage show appeared to resonate with the near capacity crowd. Cardinal Copia engaged in several costume changes, the there were plenty of explosions and atmospheric elements including fog rolling across the stage as well as smoke funnels and a rain of confetti. Papa Nihil made an appearance mid-set to pay saxophone on the instrumental jam, “Miasma”, and other strange and disturbing guests also appeared at times as well. It was a full-on performance of dark rock theatrics, and Ghost struck all the right chords…and nerves.