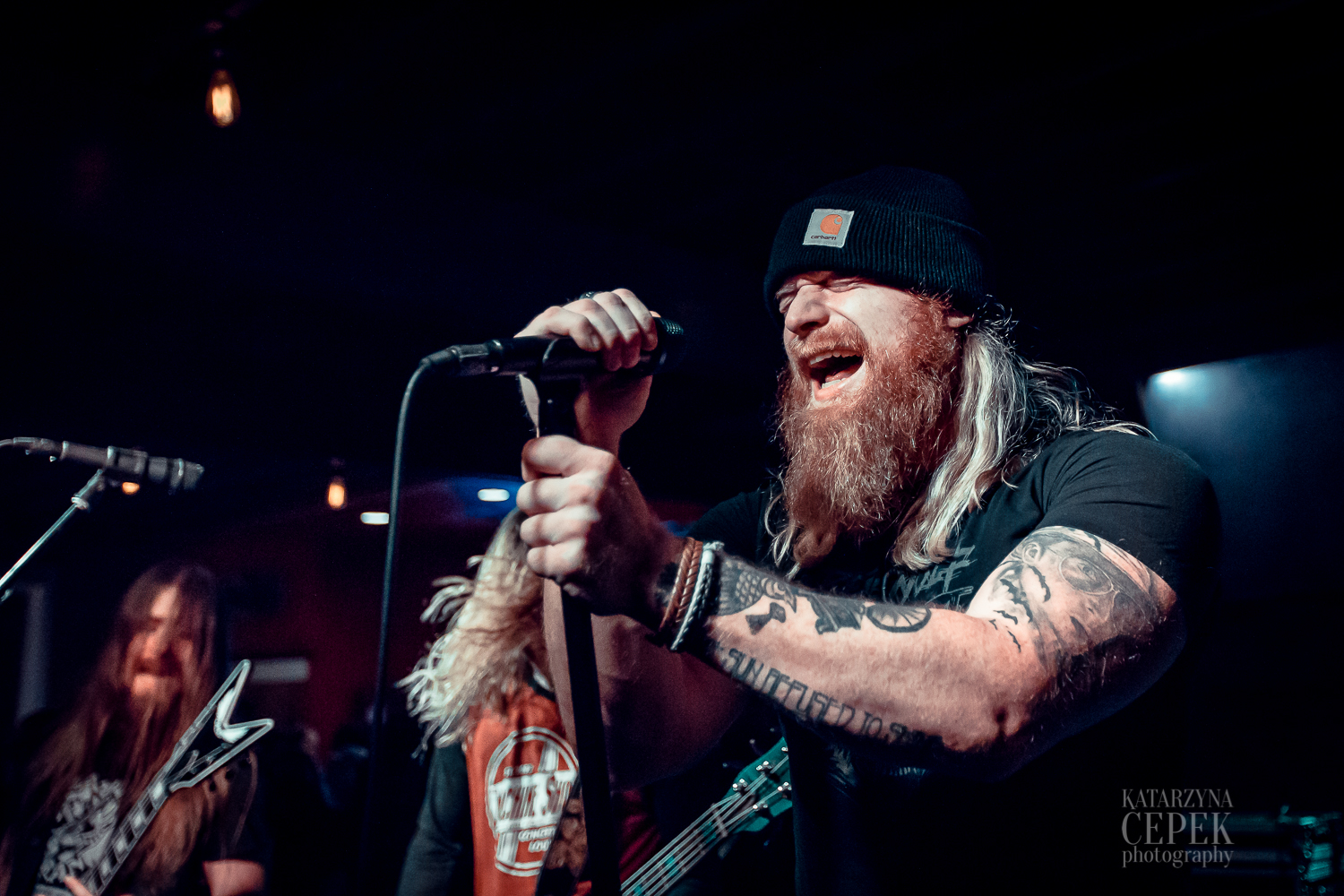 Weeknights in Boise, particularly in the middle of winter, are rarely eventful, but Wednesday, February 12th, was an exception! Blacktop Mojo brought their high-energy rock’n’roll show to a packed house at The Olympic Venue. The Texas quintet, composed of Matt James (vocals), Nathan Gillis (drums), Matt Curtis (bass), Ryan Kiefer, and Chuck Wepfer (guitars), is currently in the midst of It Won’t Last Tour in support of their third full-length album, Under the Sun. This was also the band’s third highly anticipated appearance in the City of Trees.

First up was Stone Prophet. The five-piece local outfit warmed up the crowd with a vigorous set of modern rock originals.

Blacktop Mojo hit the stage with the opening song from the new album, “Lay it On Me.” They continued with two heavy hitters off their sophomore release, Burn The Ships, the title track, and “End Of Days.” The guys toned things down for a bit with one of my personal new favorites, “The Void,” followed by a stirring rendition of The Black Crowes’ “She Talks To Angels.” The set also included “All Mine Now,” “Come Get Your Coat,” “Can’t Sleep,” the critically acclaimed “Where the Wind Blows,” and the bluesy number “It Won’t Last,” which is another personal favorite. They concluded on a high note with the scorcher, “Pyromaniac.”

The band’s sound can be described as hard rock with a southern vibe and a heavy dose of Seattle grunge mixed in: The Allman Brothers and Lynyrd Skynyrd meet Soundgarden and Alice in Chains, with some classic Led Zeppelin thrown in. There are no gimmicks with these guys – no fancy costumes, no samples, no MacBook. Just classic instruments, mind-blowing vocals, hard-hitting, guitar-driven melodies all mixed with an abundance of energy, talent, and passion.

James is undeniably one of the most impressive and expressive front men in hard rock. A powerful vocalist with a soulful and emotive delivery, his connection with the crowd appears effortless. When he’s not crooning and strumming an acoustic guitar or belting out a rocker, he sways across the stage and charms the audience with a genuine smile.

Wepfer is clearly the metalhead in Blacktop Mojo, the headbanging shredder, while Kiefer is the more bluesy player. Both are exceptionally skilled and passionate guitarists whose unique styles complement each other perfectly and energize the overall performance. I especially appreciate their harmonies.

Curtis is the most animated of the bunch and a pleasure to watch. He enjoys every moment on stage. Never remaining in one spot for more than a few seconds, he delivers groovy bass lines and keeps in perfect sync with Gillis, a solid drummer, and the band’s steady backbone.

I asked Jim Bivens, a long time fan, for his impression of the show. He praised the band saying he could “feel their energy and passion that they pour into their music and shows. I love that you can see them make eye contact and that connection with people in the audience. They are on another level when it comes to music, stage presence, and performance… they would melt your face off in a venue of 100 or 100,000 and have that ability to make you feel like you’re the only person there.”

Check out the band’s socials for photos, stories, and updates from the road. And don’t miss them when they roll through your town for the chance to one day say “I knew them when…”