A Nostalgic Night Full of Hard Rock and Meta 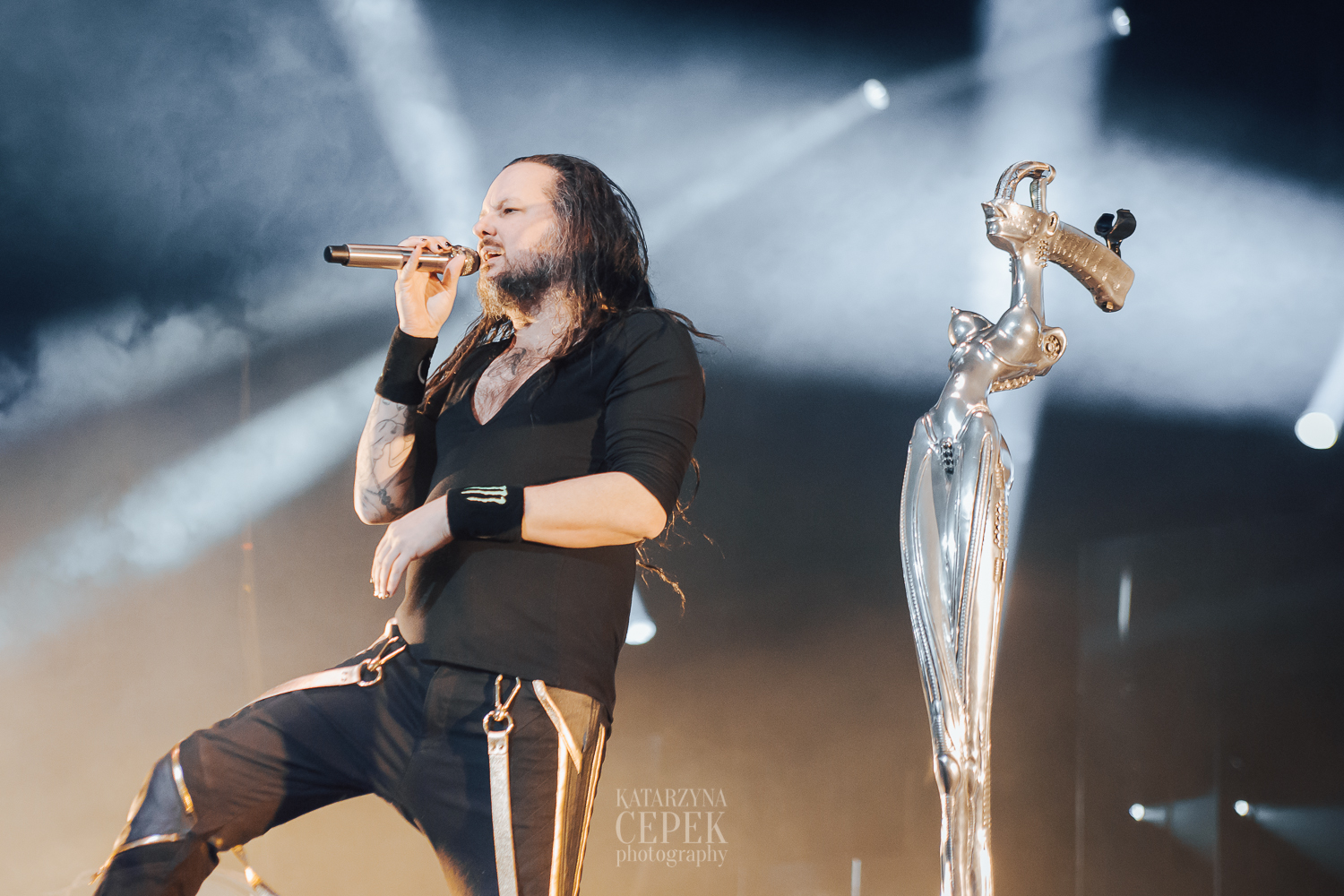 Nothing quite brings you back to your teenage years like a band who was a pivotal part of your youth. Preparing for this show looked a bit different than previous ones due to the nostalgia that came with this particular night of metal. I had an excitement within me I have not had in a while. It had been weeks of gearing up with a Korn playlist on a constant cycle and reminder of the years when I thought a colorful paperclip necklace I had made myself was fashionable. When my angsty teenage self could understand Jonathan Davis and his depressing yet realistic lyrics. Prepared and ready. Are you ready?

The night began with Bones UK. I had researched this band previous to the show and was unsure of what to expect. To be honest, I did not have high hopes. I was wrong. Bones UK punched through the venue with incredible grungy power from the very first note. The energy, the message, the talent, makes this band a must see.

This astounding trio from Camden Town, London are the lovely women: Rosie Bones (vocalist/rhythm guitarist), Carmen Vandenberg (lead guitarist), and Heavy (drums). Vandenberg had a bluesy/grungy edge to her sound that was engaging and highly entertaining to watch and listen to. Bones had a raspy vocal style and a great amount of energy. She also spoke about important factors in life, mainly accepting and loving people as they are as well as loving yourself as you are. She delivered this message much more sophisticated as I am relaying here. Heavy stamped incredible beats throughout to keep the rhythm steady.

“Beautiful is Boring”, “Filthy Freaks”, and a “Helter Skelter” cover were among some of the songs on their setlist. If you do what I did and listen to just a couple of songs and start to judge them without further research, I suggest you change your ways. Make sure you watch some live videos, even better, catch a live show. They were damn amazing. 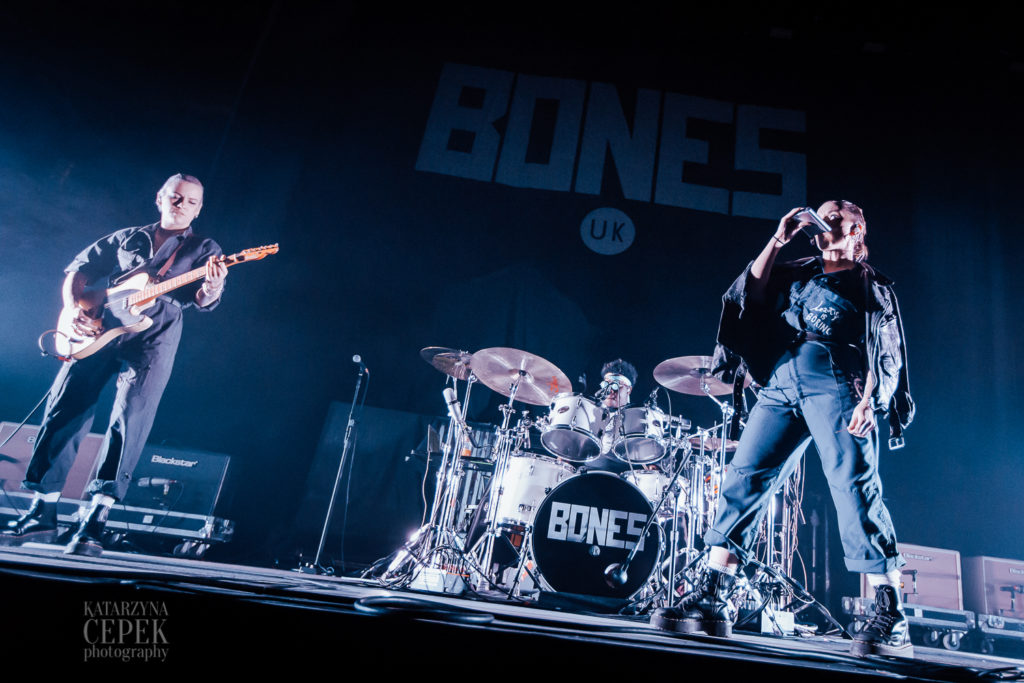 Breaking Benjamin is a band I have had a bit of a track record with. I met frontman Benjamin Burnley many years ago when they were touring in support of Saturate, their first album, and was very impressed with his humanity and genuine nature. They quickly became a favorite and I wore out that first album. For some reason, I strayed away for many years. I was asked to help with selling merchandise at another show and was reminded how incredible of a band they truly are, so I was quick to show excitement when they hit the stage. The sound they project is clearly professional and was appealing to the ears to say the least. They exhibit experienced show styles and know how to work the crowd. It was clear the masses were enjoying the hell out of it as they sang along to their favorites.

Musicians from Wilkes-Barre, Pennsylvania with a few changes to the lineup throughout the years, now consist of Burnley alongside members:  Aaron Bruch (bass, vocals), Jason Rauch (lead guitar), Keith Wallen (rhythm guitar, vocals), and Shaun Foist (drums). There are few bands that parallel the power Breaking Benjamin controls over a group of fans. Their mixes with singing and screaming makes them a dynamic sound that people can sing their hearts out too while also headbanging and stomping.

They killed the setlist with much diversity playing “Polyamorous” and “Sugarcoat” from their debut album, to the ever popular “Diary of Jane”, “Blow Me Away”, to the heavier “Red Cold River” and “Believe” with everything in between. If you have the chance to see them and have not taken the time to get to know their music, just watch the crowd and you will see something magical. 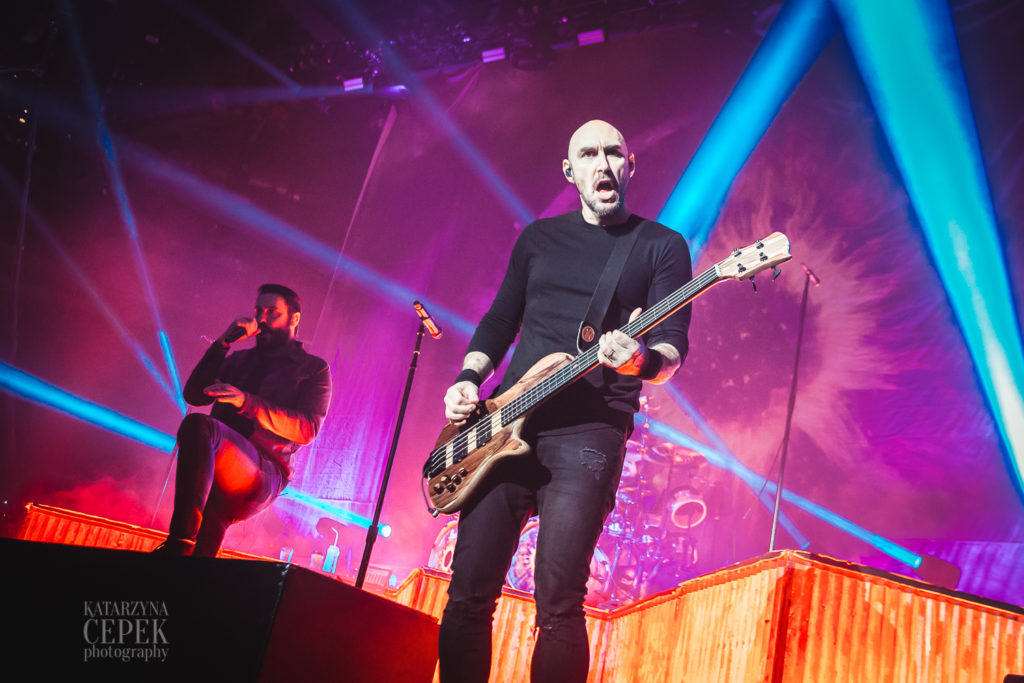 What can I possibly say about Korn live that can remotely be explained without somehow throwing everyone into the personal experience? I will say, I quickly became a teenager again and my sore body felt it for days after the show. I don’t know how these guys do it night after night with the amount of intensity they perform with. It was perfection from beginning to end and I left the happiest late thirties/teenage human.

Korn started in the early 90’s and quickly became a favorite. Bakersfield, California housed their beginning with members: Jonathan Davis (vocals), Brian “Head” Welch (guitar), James (Munky) Shaffer (guitar), Reginald (Fieldy) Arvizu (bass), and drummer David Silveria who left in 2006 to be replaced with Ray Luzier who has been with the band since. The stamina of their success is no surprise with the live shows they are able to continually deliver.

From the first note of “Here to Stay” to the last note of “Falling Away From Me”, the magnitude of their energy was immeasurable. Davis’s vocals were impeccable, not one note off. His screams have gotten somehow even better the older he gets. Fieldy, decked out in blue hair and a neon green bass, skated around the stage. Munky threw his dreads in every direction, hammering his recognizable riffs in heavy rotation. Head, in similar fashion to Munky, rocked the stage with that untouchable presence he has always possessed. Luzier is a perfect addition, with the steady passion and precision of his percussion.

Davis also showed off his bagpipe skills with the intro to “Shoots and Ladders”. This then turned into a tribute to Metallica with a small excerpt from “One”. Other notable songs played were, “Cold” a heavy song from the new album The Nothing with insane Davis screams. “Blind”, “Clown”, and “Faggot”, from the self-titled album, and many other favorites throughout. I honestly thought I had missed Korn in their prime and have been beating myself up for years for not seeing them in the 90’s. Tonight, Korn was just as I always imagined they would be. Absolutely raw and organic is the best way I can describe their live performance. It is one I will not miss again, and one you should not as well.