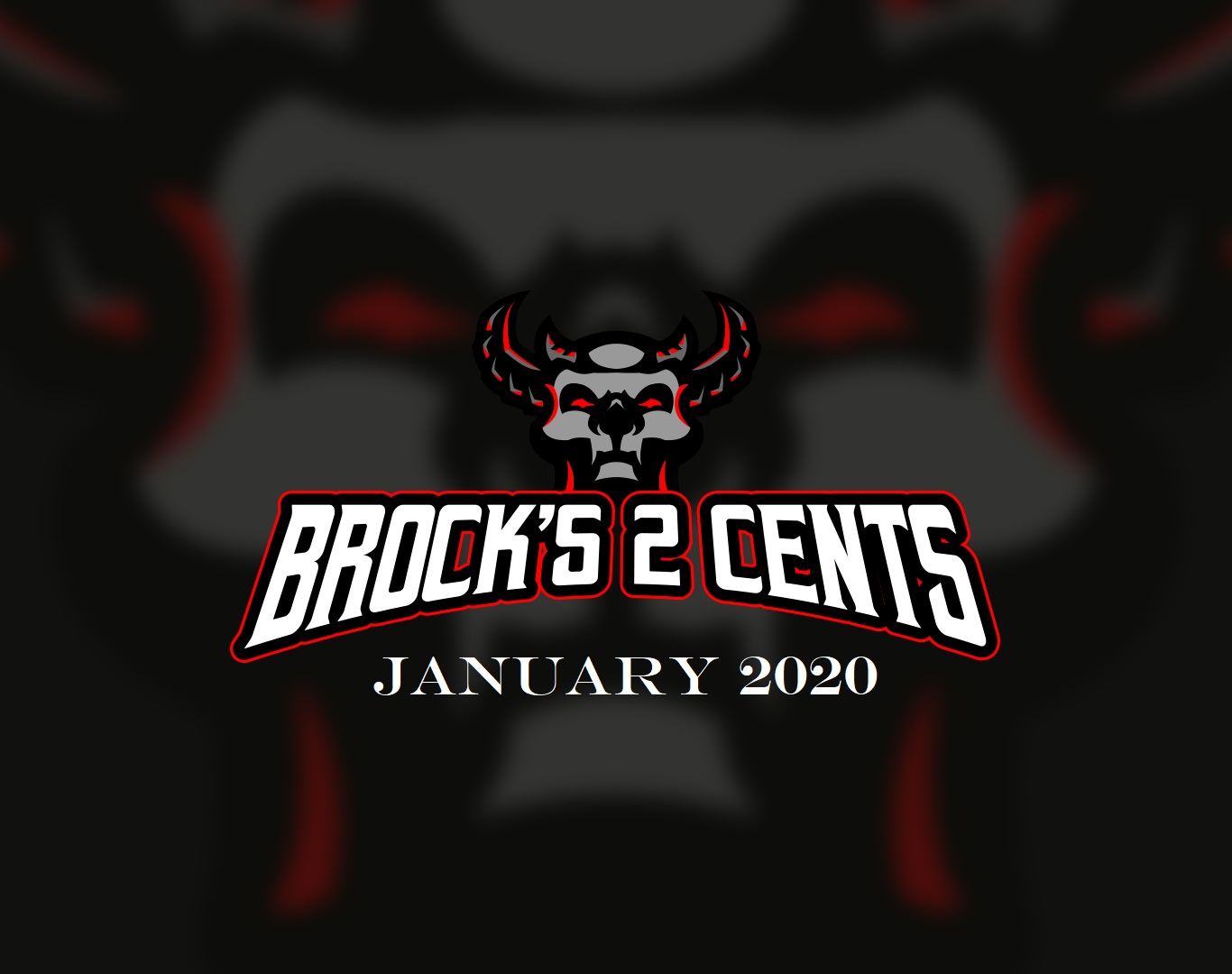 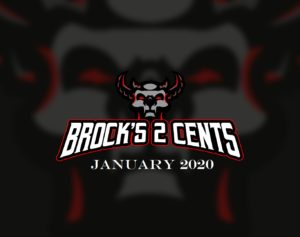 It’s a New Year and as usual I missed some albums from last year, so here is my review of missed albums that I think you should know about. Forget about these in depth reviews, I’m bringing you quick reviews on multiple releases to help you guide your way through the METAL world today!
BASICALLY THIS IS JUST MY OPINION, LIKE IT OR NOT…
Ratings: [0 (sucks) to 5 (awesome)]
{Format: Band – album title = rating |label |style of metal. review} 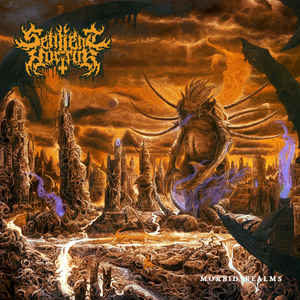 SENTIENT HORROR – Morbid Realms = 3.5/5 |Testimony |Death Metal
Another newer band to the OSDM craze is SENTIENT HORROR out of New Jersey. Unlike most of these new revival bands, SENTIENT HORROR brings what I expect from a revival genre band, something a bit new and refreshing to the same ol’ same ol’! With their sophomore album comes their best material yet! This is just headbanging greatest from start to finish! Any fan into the OSDM needs to check this band out! 10 tracks, 4 are killer and 4 are good!
ffo: [older] ENTOMBED, BOLT THROWER, GRAVE, EDGE OF SANITY, OBITUARY 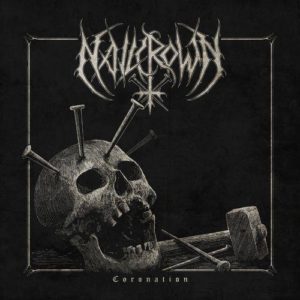 NAILCROWN – Coronation = 2.5/5 |Independent |Black Metal
So, first of all, I’m very picky when it comes to BM from the USA. Call me an elistist or a hater, whatever… I think the best BM comes from Europe, but I do like a few US BM bands. The band is calling themselves Blackened DM but this sounds straight up BM to me, and this is what I do like in BM, fast paced/blasting, polished production and headbanging riffs! Definitely hear some similarities to the established European BM bands in the riffs, but a real solid BM debut! 10 tracks, 4 are killer and 3 are good!
ffo: DARK FUNERAL, MARDUK, GORGOROTH, NORDJEVEL 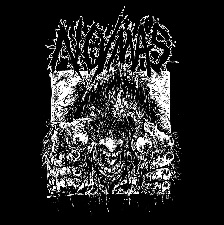 NO/MAS – Last Laugh = 4/5 |Horror Pain Gore Death Productions| Grind
This follow up EP to the previous just proves this band is one of the best in the Grind scene right now! 7 minutes of just blasting/groove greatness! Imagine SEPULTURA at heart mixing with the playing style of INSECT WARFARE! Definitely worth checking out and can’t wait for more material from this band! 6 tracks, 4 are great and 1 is good!
ffo: SEPULTURA, NAPALM DEATH, INSECT WARFARE, NASUM 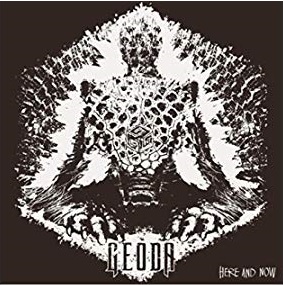 GEODA – Here and Now = 3/5 |Independent |Technical/Melodic Death Metal
Facundo Lopez (guitarist) and main guy behind this band for his sophomore release has hired two of the industries top players to fill in; on bass, the one and only, Steve DiGiorgio and on drums, recently getting his worth of recognition, Dirk Verbeuren! Technical Metal with touches of Spanish guitar/flamenco which is basically showing off Facundo Lopez’s talent! Definitely worth checking out if your into Technical Metal or Progressive Melodic Death Metal. A lot better than their debut album, 10 tracks, 4 are killer and 4 are ok.
ffo: SPIRAL ARCHITECT, ALARUM, SOILWORK, CYNIC, AGHORA 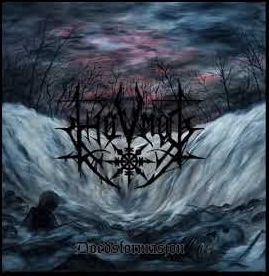 HOVMOD – Doedsformasjon = 3.5/5 |Dusktone |Black Metal
A brand new BM band from Norway (featuring members of DJEVELKULT) that delivers old school BM sound with a more mid-paced style but has some blasting and melodic head-banging riffs. This is a fantastic debut album! It delivers everything mid 90s BM! No frills, no experimentation, just in your face BM with head-banging riffs! This is a must to check out for BM fans! 8 tracks, 4 are killer and 3 are good!
ffo: [early] ENSLAVED, KVIST, VINTERLAND, SACRAMENTUM, DJEVELKULT 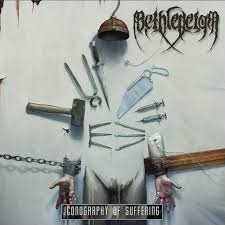 BETHLEDEIGN – Iconography of Suffering = 2.5/5 |Edgewood Arsenal |Death Metal
So I had no clue the band CONSTRUCT OF LETHE was from VA and the main guy behind that band has brought us this band which was originally material for C.O.L. but didn’t use it. Now BETHLEDEIGN is back with Gus Barr (LAGO) filling in on lead guitar and Giulio Galati (HIDEOUS DIVINITY) on drums. Blasting DM with some headbanging grooves similar to the early 2000’s. If you love DM from 1998 to 2010, you need to check this band out! 8 tracks, 3 are killer and 3 are good!
ffo: BELPHEGOR, DEICIDE, BLOOD RED THRONE, VADER, CONSTRUCT OF LETHE 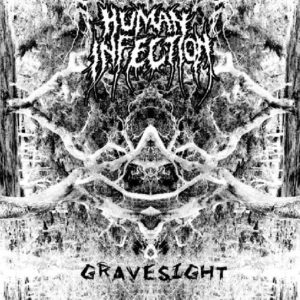 HUMAN INFECTION – Gravesight = 2.5/5 |Independent |Death Metal
The third release form this Virginia band brings a mix of that Florida DM sound and a touch of east coast DM. Their first 2 albums were decent DM offerings, but this new one has stepped up their game a bit! Their 3rd album is their best so far! This is a must if you like that Florida DM sound! 13 tracks, 4 are killer and 5 are good!
ffo: MALEVOLENT CREATION, OBITUARY, CANNIBAL CORPSE, [early] MISERY INDEX, MORBID ANGEL 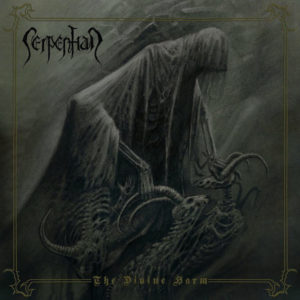 SERPENTIAN – The Divine Harm = 3/5 |Goat Throne |Blackened Death Metal
So whatever Steven Watkins is involved with, the mastermind behind SARCOLYTIC, INFURIATE, SECT OF EXECRATION, etc…, I’m in! This release is raw DM mixed with a touch of BM and a pinch of sludge, kinda similar to the popular trend of bands like BLOOD INCANTATION, TOMB MOLD, etc… but a little more BM feeling at heart. This release is crushing! So if you dig DM with a BM influence and a touch of sludge, check this out! 8 tracks, 3 are killer and 4 are good!
ffo: TOMB MOLD, INCANTATION, INFERNAL DOMINION, [later] MAYHEM 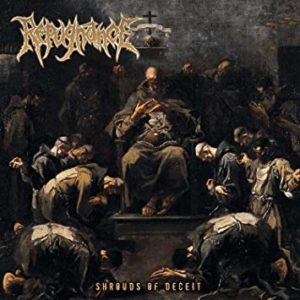 REPUGNANCE – Shrouds of Deceit = 3.5/5 |Rising Nemesis |Brutal Death Metal
This band from Malta offers a very strong debut album. It has that feel of DM from late 90s to mid 00s. It’s heavy, punchy, groovy, and brutal; just another example of honest brutality trumps experimentation. A straight in your face, no frills, better stretch your neck cause you gonna head-banging it off Brutal DM here! A must for all DM heads to check out! If I would’ve known about it last year it would’ve been on my top 2019 albums list. 8 tracks, 4 are killer and 3 are good!
ffo: BEHEADED, DERANGED, UNBIRTH, SCATTERED REMNANTS 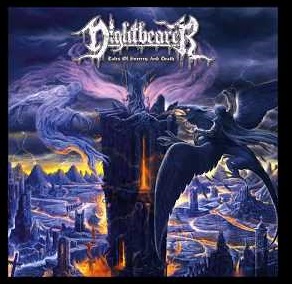 NIGHTBEARER – Tales of Sorcery and Death = 2.5/5 |Testimony |Old School Death Metal
Another newer band to the HM2 OSDM craze is NIGHTBEARER out of Germany and they bring what I expect from a revival genre band, something a bit more and refreshing to the same ole same ole! Their debut EP Stories from Beyond was very solid and this debut release has just blown it away! The album starts off incredible then hits a dull moment and picks back up near the end. 10 tracks, 4 are killer and 3 are good.
ffo: [older] ENTOMBED, FLESHCRAWL, REVEL IN FLESH, GRAVE, OBSCENITY 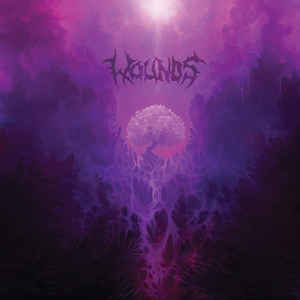 WOUNDS – Light Eater = 3/5 |Everlasting Spew |Tech Death Metal
I saw this album on a lot of top albums of 2019, so decided to check it out. This debut EP is killer tech-DM similar to the newer bands in the genre, basically this is modern tech Death! Definitely a lot of talent in this band. The twenty minutes this EP tops out at keep you head banging and amazed! I’m looking forward to future releases from this band! Fans of newer modern tech Death bands will eat this up! 5 tracks, 2 are killer and 3 are good!
ffo: ORIGIN, SOREPTION, ARCHSPIRE, ARKAIK, THE ZENITH PASSAGE, THE FACELESS 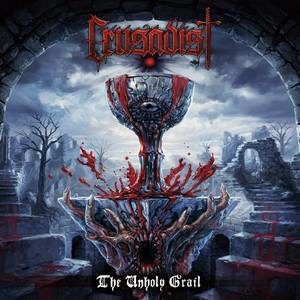 CRUSADIST – The Unholy Grail = 2/5 |Independent |Death/Thrash Metal
A new DM band out of Chicago that has strong thrash/heavy metal vibes throughout their debut! The songs are more on the DM side of things than actually being a Death/Thrash band. Overall solid debut with examples of melodic death/thrash delivered in a punishing manner while keeping the songs catchy to head-bang too! Definitely looking forward to more material from this band. 9 tracks, 3 are killer and 4 are good.
ffo: REVEL IN FLESH, SKELETONWITCH, UNLEASHED, AT THE GATES 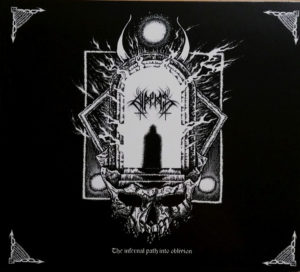 HALPHAS – The Infernal Path Into Oblivion = 2.5/5 |Folter |Black Metal
Way better than their debut, this newer BM band from Germany delivers a more focused effort than their debut which was a little slower and kinda bored me with the song writing. This new album the riffs vary from the faster BM to at times atmospheric while having a touch of melody all awhile keeping you headbanging! Overall strong standard BM with some great riffs. 7 tracks, 3 are killer and 2 are good!
ffo: SARGEIST, GORGOROTH, TAAKE, HORNA, BEHEXEN 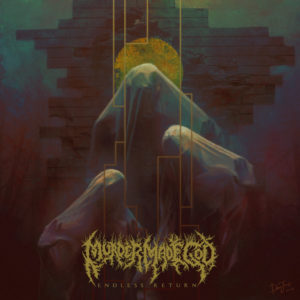 MURDER MADE GOD – Endless Return = 2/5 |Unique Leader |Tech-Brutal Death Metal
Formed out of the ashes of HUMAN REJECTION, their 3rd album takes a bit of turn in direction of sound, still a Brutal DM band but some Djent riffs comes through. Basically this fits right along with their other albums, decent stuff but nothing special. 10 tracks, 3 are killer and 3 are ok.
ffo: HUMAN REJECTION, ARKAIK, LOGIC OF DENIAL, ALTERBEAST, MESHUGGAH 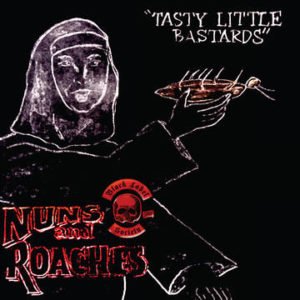