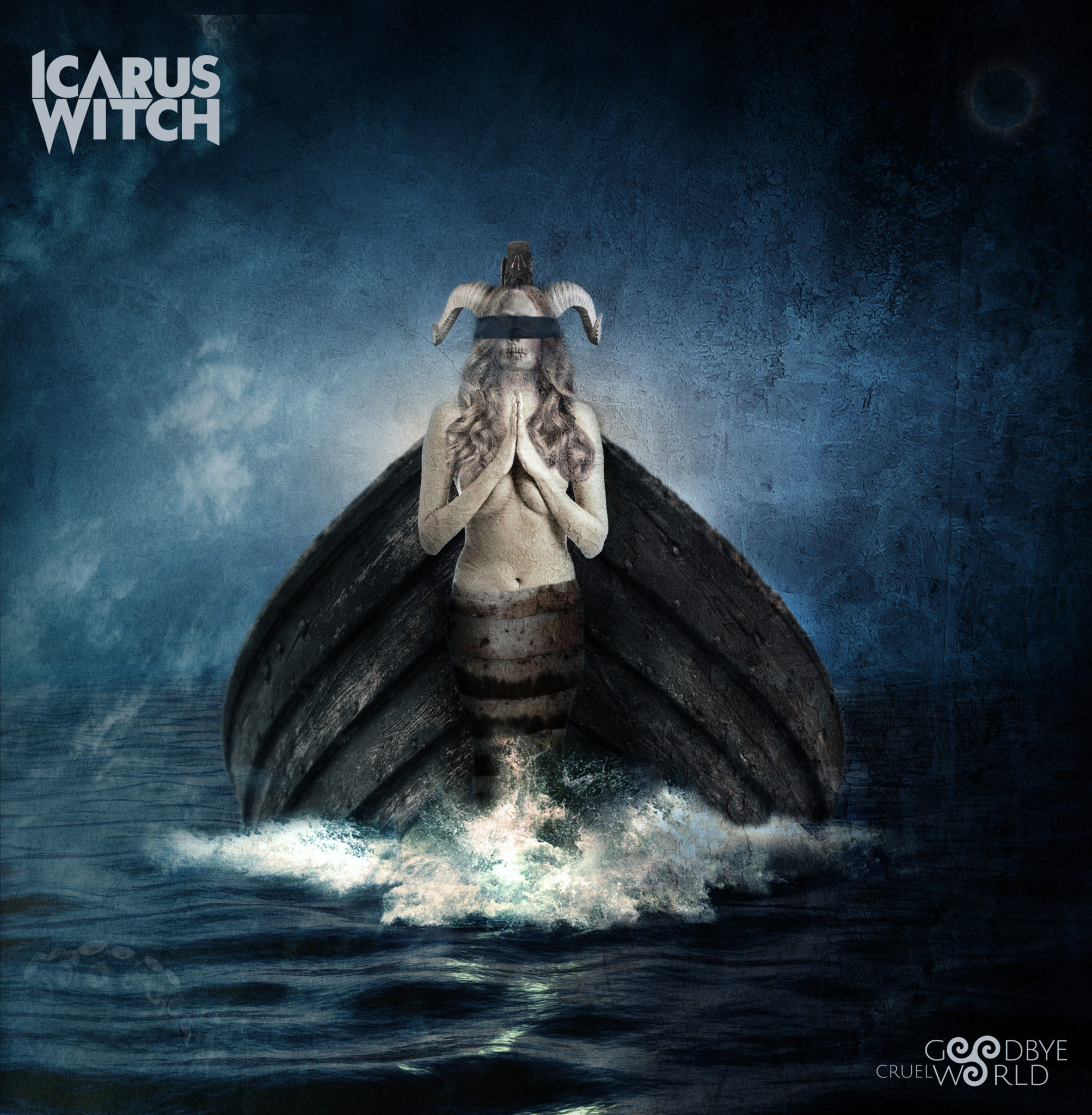 Fifteen years after their formation, and six years since their last album, American metal cult heroes, Icarus Witch are set to return with new music and a new vocalist. The Pittsburgh-based unit, originally labeled as part of the New Wave of Traditional Metal, has been on something of a hiatus since the release its fifth studio effort, 2012’s RISE. Bassist Jason “Sin” Myers and guitarist Quinn Lukas sound revitalized on their sixth album, Goodbye Cruel World. The down time has served the writing duo well, as has the addition of vocalist Andrew D’Cagna (Ironflame, Bromstone Coven). The trio tapped Jon “The Charn” Rice (Scorpion Child, Job for a Cowboy) to handle the explosive stick and kick work on the record.

The album jump starts with a whirlwind of beefy riffs from Lukas and fantastic percussive pummeling from Rice. D’Cagna’s voice comes in and feels like a perfect pair of well-worn jeans that fit the music perfectly; it’s neither overly gruff or too high-pitched. The song has a dramatic sense about it that reminds me a bit of Ghost. Myers bass work adds some serious depth and texture.

The tongue-in-cheek lyrical content of “Misfortune Teller” hits the mark without becoming cheesy. Another volley of crisp, energetic riffage, and a solid rumble of bass propel the track. The song moves into witchy and ominous territory on the break, and Lukas delivers a tasty solo.

“Lightning Strikes” buzzes with a frenetic guitar attack and big, hooky vocal harmonies, before slowing down for the Middle East-tinted segue, “Mirage.” This leads into the mid-tempo beast that is “Through Your Eyes”.

The album’s midpoint comes in the manner of a full on instrumental jam, with “The Flood”. The record then shifts to a broodier and caliginous realm on tracks like “Silence of the Siren,” “Possessed by You,” and “Antivenom”. The latter features guest vocals from Katharine Blake (Mediæval Bæbes, Miranda Sex Garden). While taking time between albums, Myers shared that he wanted to “reconnect with his witchcraft roots,” and that vibe resonates on these tracks most of all. The highly melodic “Until the Bitter End” closes out the record in fine style.

With Goodbye Cruel World, Icarus Witch has reminded us of the magic of its early work yet has delivered something equally fresh and relevant. Andrew D’Cagna seems like the perfect fit and voice for the next phase of the band’s career. The album’s first half is full of addictive earworms, while the latter half finds the band delving into its darker self. It makes for an enticing sonic blend. Don’t sleep on this record. It’s a fantastic return for the long-underrated Icarus Witch.