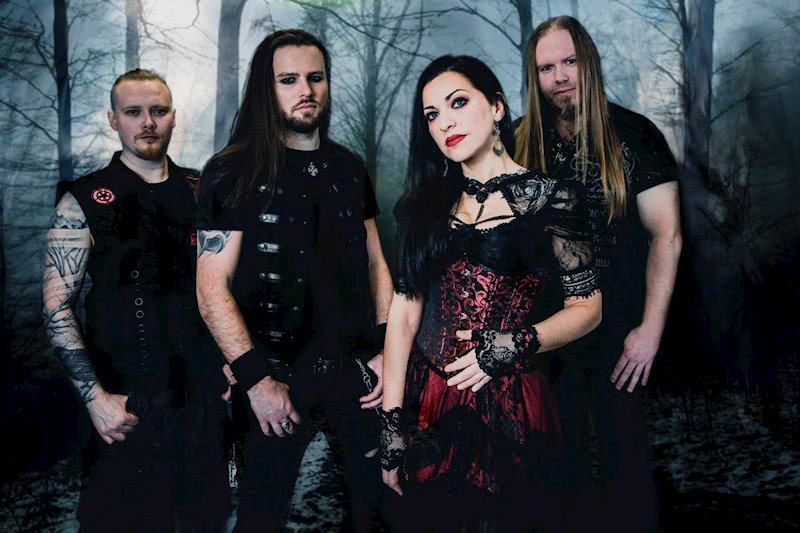 Norwegian symphonic metal masters, Sirenia are set to return with one of their most epic and delightful albums to date, Riddles, Ruins, & Revelations. Though in fairness it’s getting difficult to continue lumping them under such a narrow sonic umbrella as their sound evolves with every album. The new record includes the use of electronic components mixed with operatic variations of vocals while adding in some killer guitar riffs to complete stand out album. This is not to say that they have strayed too far from their roots, as they remain true to their signature sound. They are simply embracing new elements to stretch their creative palette. veland, velnad, veland

Beginning in 2001, Sirenia has utilized emotional musical elements to make themselves comfy in the hearts of many. After two decades and 10 albums, including some line-up changes, founder and multi-instrumentalist Morten Veland has gathered a dynamic surrounding cast to take the band into its third decade. Sirenia‘s new release, Riddles, Ruins, & Revelations, will be the band’s third with vocalist Emmanuelle Zoldan, the second for lead guitarist Nils Courbaron (T.A.N.K.), as well as marking the debut from drummer Michael Brush (Magic Kingdom, Holy Tide, Ark Ascent), have created a beautiful and emotional adventure for everyone to lose themselves in.  Veland recently chatted with Metal Nation about the new album. veland, 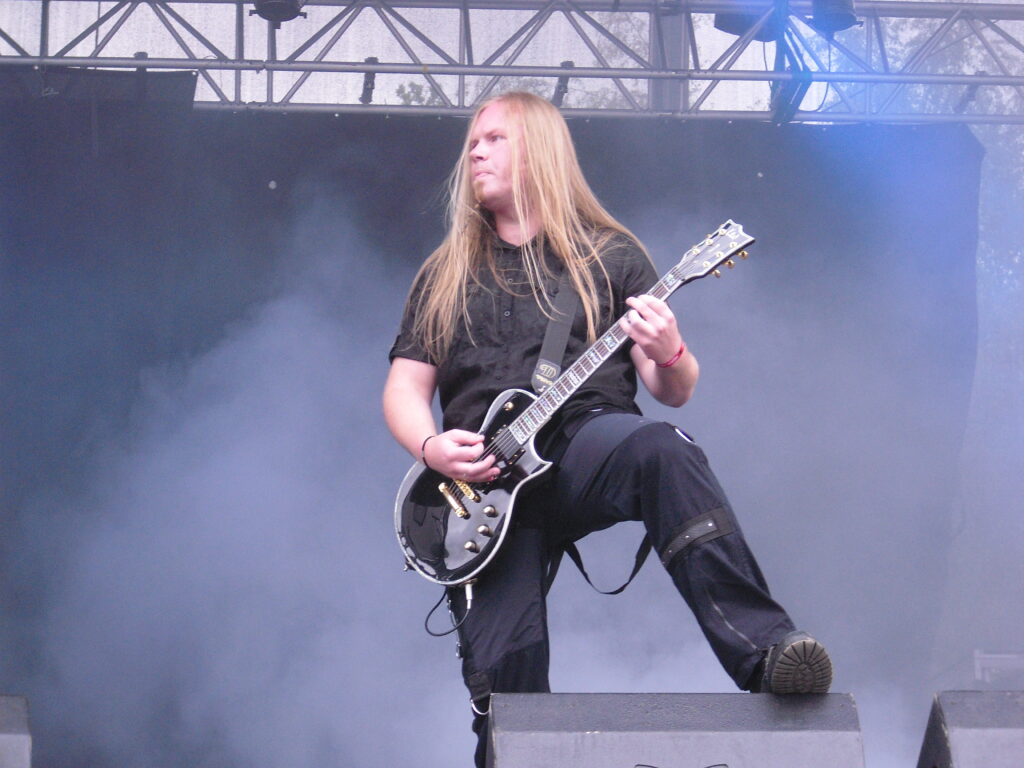 Riddles, Ruins, and Revelations is coming out Friday, you have released two songs so far, “Addiction No 1” and “We Come to Ruins”, which are actually very diverse songs. How has the response been?

“It’s going really good. We are doing a lot of press now so it seems like the interest is really big. ‘Addiction No 1’ is a really different song on the album, it shows the band from a new side, it is something very different. We were expecting mixed feedback on that song, we were expecting people to either hate or love it, and they sure did *laughs*. It was just to be as expected, but with the second single, ‘We Come to Ruins’, which is more of a typical Sirenia song, however a little bit modernized. The feedback on that one was definitely a lot better than the first one, but even the first one, I think the first impression they get something completely different than they expect but when I listen to it a little bit and get under their skin I think that they can start to respect it a little more. For me personally, it is probably my favorite song on the album and it is the one I am looking forward to the most to play live when we start touring. A really melodic and really energetic song so I’m really looking forward to playing it live.”

You have added a bit more electronic sounds so I’m sure that was part of the initial shock, but I think you’re right, I think more people use to the direction this album takes they will enjoy it more.

“Yeah, that is our thing with every album, we try to bring something new and fresh to the table every time and we also try to make sure we do not step too far away from our musical concept. We have to at least have elements and songs that are typical for Sirenia so we try to balance out in the best possible way. With every time it is also important for us to bring a lot of diversity a lot of variation to the songs. There’s a lot of things going on for sure and I think the album is definitely the kind album that will grow in a couple of listenings. As you listen more and more to the album you discover new things. I really really happy with the album and I really feel that we accomplish what we set out to accomplish. I believe fans will really like it as well especially when they get the whole album and get the chance to listen to it in its entirety for a couple of times.”

I really enjoy “Downward Spiral”. I think it has really good lyrics for what we are experiencing in the world and I also really enjoyed the Spanish guitar style ending.

Right! *laughs* I agree. This could be the 2020 theme song. With that, I am sure you had many tours that were planned, and I assume you stay very busy between that and your composing, multi-instrument playing, and everything that comes with being busy with all that, has it been difficult have this downtime or has it been nice to have that downtime to be more creative?

“Yeah, it’s mixed feelings but it’s mostly frustrating for sure in terms of not being able to go on tour. Even with the recording of this album we had a lot of problems with the travel restrictions and canceled flights and all that. The recording sessions ended up being postponed for half a year. So it was a complicated album to make, we had to really improvise a lot and try to keep finding new solutions and so on. So I mean 2020 of the whole was a really really frustrating year in terms of music, financially, socially, and everything. For me I think a good thing that came out of this pandemic situation was the fact that I got a lot of time to work in the studio more, to work on other projects that I usually don’t have time for. So I have been working a lot lately with my solo project, Mortemia, which I have really not done anything with for ages they really didn’t have time for it but now I have the time, so I am working on that and I’m working on another project and I am writing new stuff for Sirenia already. I am being really creative in this pandemic time, trying to make the best out of things. Definitely not sitting here staring at the wall *laughs* I am really working hard and trying to use the time in the best possible way. So yeah I think this year I will be able to release music from different projects as well this year which I find really exciting and inspiring.”

That’s great to utilize this time to work on many creations. That has got to help with the mental health aspect of everything.

“Yeah, absolutely. People have to find something to do in these times or we will all go crazy. For me it has definitely been the music, trying to work hard and stay creative and use the time in the best possible way. I got to admit though, I’m really looking forward to things getting back to normal and being able to travel again. That is something that I really miss a lot, the touring and the concerts. It really feels like a huge part of my life is missing at the moment. I can’t wait to get that back again.”

With you working on so much music including new Sirenia music, do you ever worry that you will run out of ideas? Especially since every album has a different evolution?

“Not at the moment. So far it has come pretty natural, and I hope that will be the case with the next album as well. When I start writing new material I always spend the first few months trying to find a new direction or experimenting with finding sounds and soundscapes, things that put me in one direction or the other. With the next Sirenia album, I haven’t really decided on one direction of the other, I am still working on basic ideas. I think that will take me a little bit more time, meanwhile I am focusing on some other projects. It is always very important to bring something new to the table with every album. My worst nightmare is ending up in a place where I release the same album twice, that would be really not inspiring at all. We always search for that new sound or direction, and at the same time, not step too far away from constant. We still want our fans and the listeners to feel that this is Sirenia.”

Riddles, Ruins, & Revelations, in particular, has a very emotional element added in with the musical composition and Emma’s vocals. She has so many ranges that is able to project different feelings.

“Yeah, absolutely. For me as a composer it’s a privilege to have a singer like Emmanuelle because I am pretty much free to compose whatever I want and I know she will be able to sing and perform in a wonderful way. With our musical concept being all about diversity and variation, it is fantastic to have a singer that also can vary so much and do so many different things with her voice and always make her performance but with the music whether it is a really hard part or whether it is a soft emotional part or whether it is in high range or low range, whatever it is she is always able to perform in a fantastic way. So I feel really privileged about that, well my whole band actually I feel like are fantastic musicians to have in the band and we work well together. I really miss them during these times, it feels strange not being able to do the concerts. I’m really looking forward to getting to do shows again.” 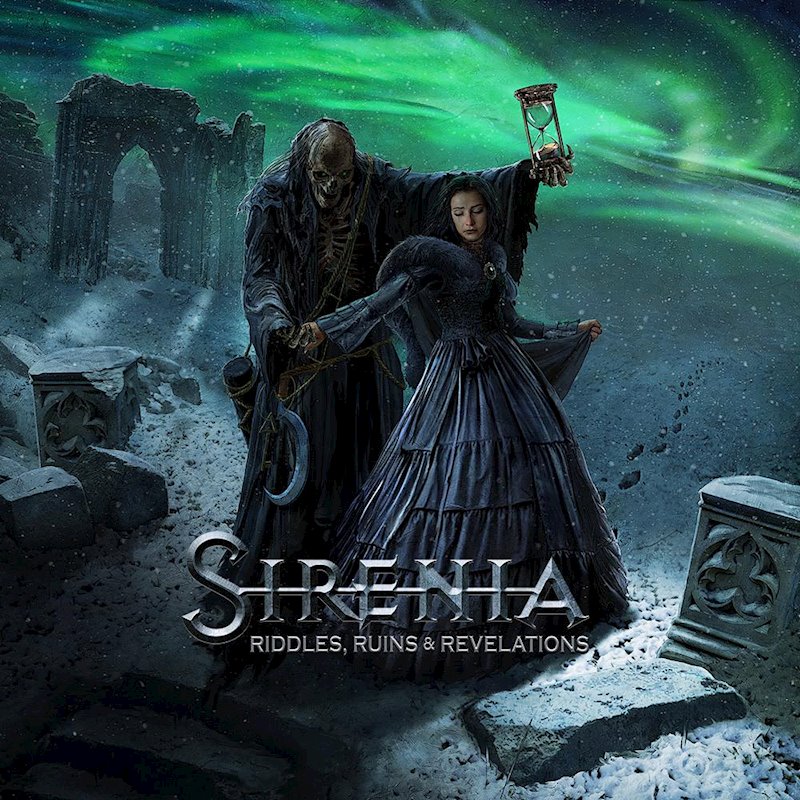 *Discussed how winter is his best creative and productive times* veland, velnad, veland

Last question, I know you are a beer drinker, what is your favorite beer right now? I am sure it changes often.

“Yes it does change all the time. Right now I am mostly drinking  Norweigen beer, and my favorite brewery is called Kinn. They have a lot of nice craft brews. My favorite right now is called Skoddehav, it means something like ocean of mist, it is a white IPA. One of my favorite places to tour is the U.S. because you guys have been doing craft brews for quite some time. So it is all over the place and there are so many different kinds to try so I was in paradise. *laughs*”

We would love to have Sirenia any time when the world is safe again! veland, velnad, veland

Make sure you check this album out and take some time to lose yourself in an adventure of full musical creativity.