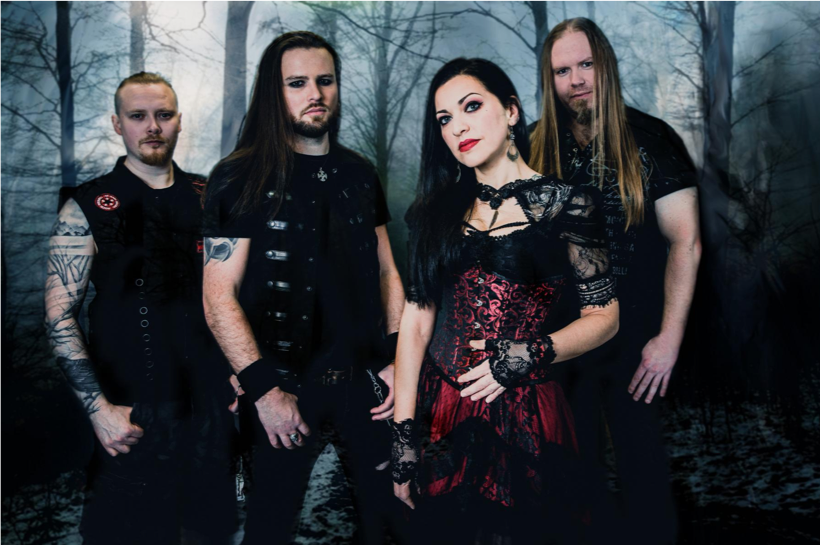 Founded back in 2001 and after being active as a top-notch offering in the genre for almost 20 years, SIRENIA serve a new, exquisite pearl of symphonic metal: The four-piece around mastermind Morten Veland releases its tenth studio album, Riddles, Ruins & Revelations, on February 12, 2021 via Napalm Records!

On this magical output, the French-Norwegian quartet combines a heavy symphonic sound with modern influences, which their most recent record, Arcane Astral Aeons (2018), is proof of. This time, SIRENIA offer an exciting new twist to their songs, spicing them with electronic vibes, but never losing sight of their musical core. Riddles, Ruins & Revelations was produced, mixed and mastered by Morten Veland himself – which marks his first time doing so.

Today, the band has unleashed a bewitching new music video for the first single “Addiction No. 1”. As the album opener, it immediately showcases the direction SIRENIA are aiming in with their new epos, and is a prime example of how modern melodies chime together with classic symphonic instrumentation. Electronic vibes merge with harsh riffing, while the catchy chorus draws the listener straight into the unique symphonic world of the four-piece, all topped with the outstanding vocals of Emmanuelle Zoldan.

Morten Veland about “Addiction No. 1”:

“This is our first single taken from the upcoming album. Musically I feel that this song really shows a modernised and new side of SIRENIA. I find the song very catchy, but heavy at the same time. Furthermore we have given the electronic elements a bigger role in this song. We hope you’ll enjoy it!”

Watch the captivating official video for “Addiction No. 1” HERE:

A modern ride straight into the heart of symphonic metal!

With Riddles, Ruins & Revelations, SIRENIA, around mastermind, bandleader, multi-instrumentalist, composer, songwriter and producer Morten Veland, remains as true to their album title word-play as they do to their dedication to symphonic soundscapes, drawing the listener into a pounding narrative about the darkest aspects of life. All eleven songs accumulate step by step to an integral sound artwork, where the versatile mezzo soprano voice of singer Emmanuelle Zoldan always shines in high-profile. In addition, there are many enchanting, instrumental surprises lurking on the way that absolutely need to be discovered.

“We Come To Ruins” offers a contrast of harshness to the more modern-orientated songs on the record, like “The Timeless Waning”, and skillfully portrays the multi-faceted nature of the band. On “Downwards Spiral”, Emmanuelle is supported by the remarkable voice of longtime friend Joakim Næss on clean vocals, who has joined the symphonic metal outfit on previous releases. SIRENIA’s tenth full-length ends with a cover of Desireless` 1986 hit “Voyage Voyage”, where the unit again impressively combines symphonic sounds with electronic atmosphere, which doesn’t count only for this final epos, but for Riddles, Ruins & Revelations as a whole.

Veland on the album:

“Riddles, Ruins & Revelations is SIRENIA‘s tenth studio album. The album is very diverse, as a SIRENIA album should be. There’s a lot of material that shows the band from a new side, and there is lots of material that is to be expected from the band musically. All in all the album will take the listeners through a journey that will cover both familiar and unexplored musical landscapes. We hope that you will enjoy the journey.” 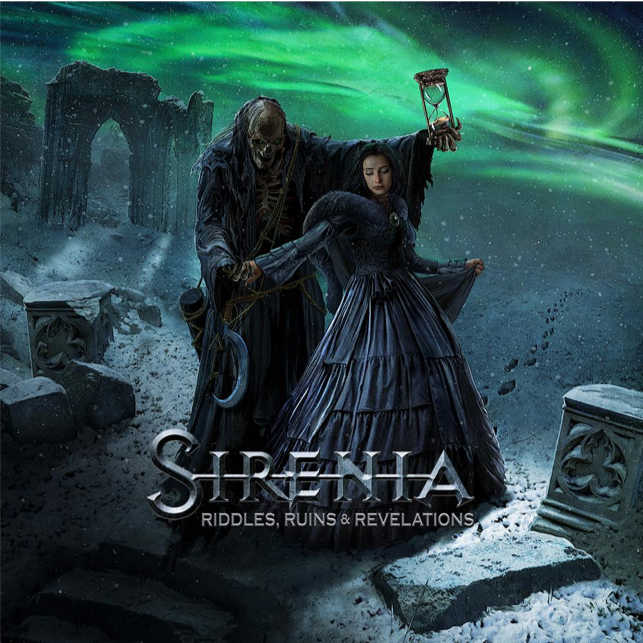