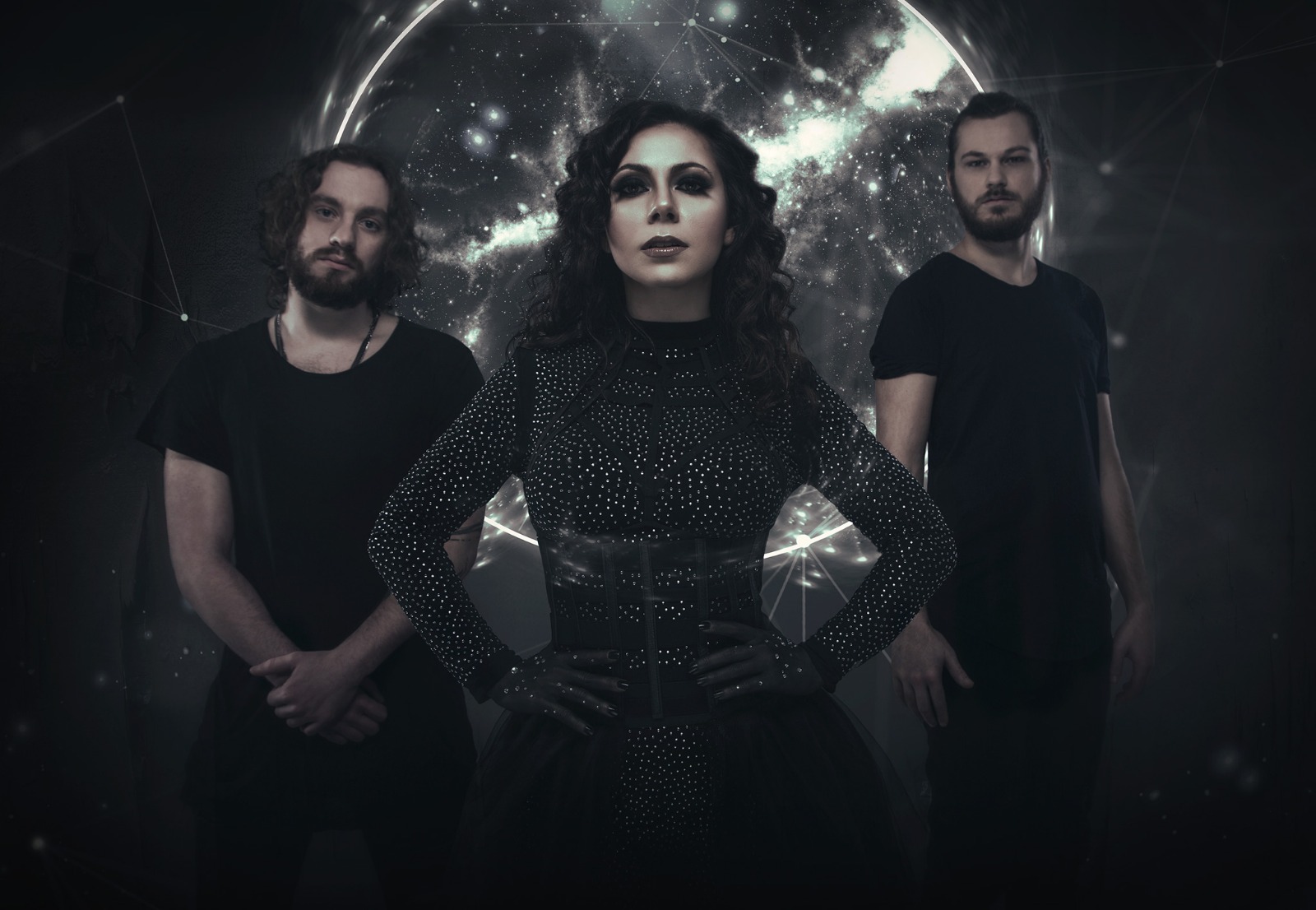 Three years after the release of Phantom Elite‘s debut album, Wasteland, co-founder and vocalist Marina La Torraca (Exit Eden, Avantasia) returns with Titanium. The band’s second album features a new line-up, with drummer Joeri Warmerdam and guitarist Max van Esch, who alongside La Torraca, create a new sound and vision for Phantom Elite. Titanium features a blend of symphonic, progressive, and modern metal elements, which leads to a style that is recognizable yet uniquely Phantom Elite.

The band originally formed in 2016 initially as a live touring act for Sander Gommans‘ HDK project. This ultimately evolved into a full band, and the release of 2017’s debut, Wasteland. The band name comes from the HDK song, “Eternal Journey”.  Since the debut album, with Gommans’ support and approval, La Torraca has made the band her own, gathering like-minded musicians to help guide the band’s future.

From our recent review of Titanium:

From top to bottom, Phantom Elite has delivered a stunning and divinely produced album. Titanium is packed with plenty of addictive tracks that mix bombastic and cinematic flourishes with somber and wistful moments. The symphonic grandiloquence of Titanium meshes in impeccable unity with each songs’ progressive leanings. While the band’s debut, Wasteland was a solid and promising affair, Titanium takes everything to a new level.

Phantom Elite has already released a video for the stunning and epic track, “Diamonds and Dark” as well as a lyric video for “The Race” that showcase the breadth of the group’s sound. The trio’s writing style envelopes multiple metal sub-genres in a manner that is immediately engaging and addictive. This week, Metal Nation sat down to chat with Marina La Torraca about surviving 2020, rebuilding Phantom Elite, the sound and development of Titanium, and her funniest touring moment, as well as whether there might be a second Exit Eden album in her future. Check out the full video below or click here to view.

Titanium will be released January 22, 2021 via Frontiers Music and can be pre-ordered here.