Kyle Shutt talks about his music, art, and a nation in crisis 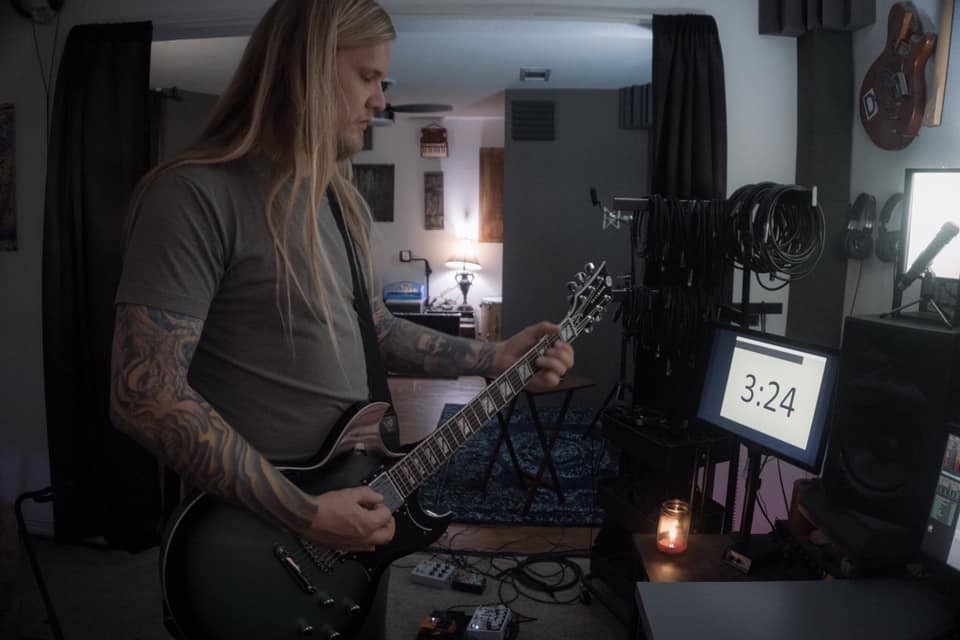 0
Share
Third time is a charm? Apparently I have a strange fascination with Kyle Shutt of The Sword and Doom Side of the Moon. This is my third interview with the guitarist/songwriter who also released a debut solo album, and has now started his online lesson venture; Red Shred Redemption. To say he is a workaholic, might be an understatement. He once again kindly took a few minutes out for me to speak about The Sword and the current state of the world. Kyle
The Sword was coming out of hiatus before the world started going to shit, since I assume you guys did not plan for this to happen, have you talked about what the plan is after things get “back to normal”?

“Well, it’s hard to answer this question because it seems like things keep getting worse as the months roll by.  But I can say that we were all very excited to hit the road before this happened and we very much still want to rock the stage as soon as humanly possible.  As far as new music, that’s also hard to say, but I’m sure we all have plenty of material to make another record from The Sword.  Will it be the record people WANT?  You never know what you’re going to get from The Sword, but it’s always going to be the exact record we intended to make.  At this point, only time will tell.”

You have been very vocal about your support for the BLM movement and even had a raffle where you raised money for the Austin Justice Coalition, what made you decide to do this?

“I got tired of sitting on my ass doing nothing to help people in need.  It can be difficult for artists to give back, especially since most of us are scraping by as it is.  But giving back is so important because when you give, all that love comes back to you ten fold.  If every artist did something just one week out of the year to help out whoever is hurting in their community, so much difference could be actualized.  Also, growing up as a white male punk rocker in the 90s, you kind of got the sense that just not being racist is doing your part.  That is simply not the case anymore.  It is no longer enough to just not be racist.  Having just welcomed our second child into this (hellish new) world, I couldn’t join the very important protests taking place, so I decided to help how I could and threw a hell of a raffle to benefit people of color in my own community.  You have to help any way you’re able.  If anyone is having a hard time deciding how to help, please reach out to me and let’s figure it out together.”

At any point were you nervous about the potential backlash by some fans?

“Absolutely not.  I tried to make it very clear that if any fan wanted to discuss these matters to simply reach out to me instead of unfollowing me in a huff.  It’s so easy to just say ‘fuck you’ to anyone who doesn’t feel the way you think, and this goes for the most well-intentioned social justice warriors all the way to the racist pieces of shit.  No one is going to respond well to that kind of rhetoric, and they’re certainly not going to come around to your way of thinking.  We have to understand that no one is going to agree on everything, but that we can find a common ground that we can all live with.  And it’s just as much of a waste of time blocking and muting people that don’t agree with you because then you’re just preaching to the choir, which got us where we are today.” 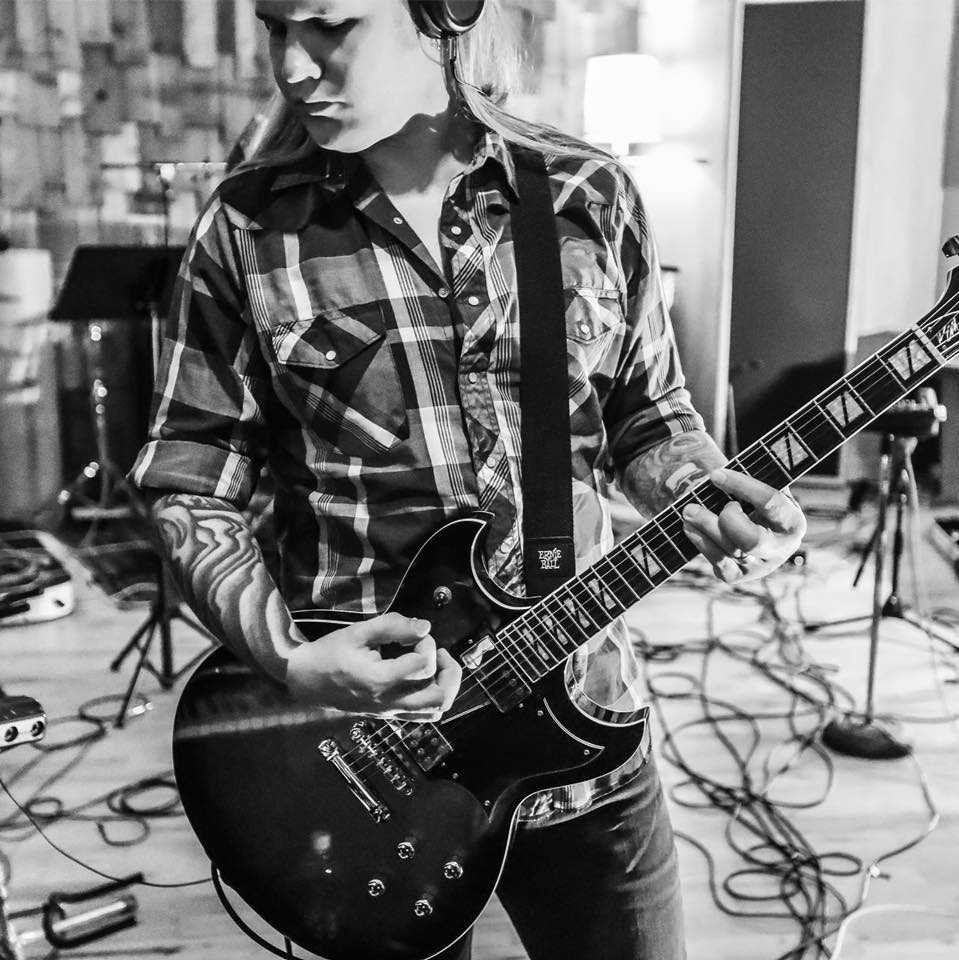 You raised over $7500 in a very short period of time! How did that feel to have so much support with the raffle?

“I was utterly floored by the fan response.  I hope that money is doing some good because Austin needs a lot of help right now.  And if the whole city needs help, then that means the people of color here need ten times the help.  I hope to throw another event like that soon.”

What conversations have you had, or do you feel is important to have right now with fellow humans and musicians?

“I just want artists to give back more and more regularly.  If we start this cycle of love and community, all that love will keep coming back to us and we will be taking care of each other.  I think it’s clear to everyone at this point that our ‘leadership’ is not going to take care of us, we need to be there for each other.”

Any advice for the people that are struggling mentally and emotionally during these tough times?

“DO NOT GIVE UP HOPE.  Whoever said there is a light at the end of the tunnel is full of shit, and that may be why you’re having a hard time seeing one.  We have to make our own light, and I know how difficult that can be.  If you’re struggling and have no one to turn to, please reach out to me and let’s find a way through this shit storm.  You’re perfectly normal for feeling this way, but you don’t have to do it alone.”

You play a multitude of instruments, have you noticed you have been more motivated to play lately? What have you been doing to keep busy throughout 2020.

“At first I wasn’t feeling too motivated to play music, which is why I started painting. A couple of the guys from Rickshaw Billie’s Burger Patrol, the bassist from American Sharks (who is also my best friend), and I have been toying with some quarantine jams that I hope see the light of day.  The Sword was able to remotely record some cover tunes that should be debuting shortly, but you’ll have to wait and see what we have in store for you.  Also, my daughter and I started a band called Dirty Restaurant of Death (she came up with the name) and our first single ‘Dinosaur!’ will be dropping soon.  It’s hard tracking a three-year-old haha.”

One of the things you have been sharing is your ‘solo album variant cover series’, which has been fun seeing you display. What keeps you motivated to continue to share these incredibly funny and creative artwork?

“I started painting parody album covers over the actual LP jackets of copies of my solo album since they were just sitting there not making me any money.  After I sold a few, I went and bought some real paint supplies and started taking requests and at this point I’ve done almost 100 of them.  It has been a very fun project that just came to me out of nowhere so I decided to run with it and I’m glad I did.  I never thought I would paint 100 of anything, much less tongue-in-cheek versions of myself.”

What do you want to say to your fanbase and anyone else reading about the world today? What are you hoping people will learn from it all?

“I don’t have any easy answers.  Part of me wants it all to burn so we can start fresh, but that would mean a very difficult rest of my life on this planet.  We have got to wake the fuck up and get back to what’s important.  Healthy food, sustainable energy, real knowledge.  What we’re witnessing is mass mental illness and it’s going to take a lot of rehabilitation to right all the wrongs that have been perpetrated against the citizens of the world.  Population control, medical institutionalization, governmental corruption.  All of this must be addressed head on and I just don’t see 323 million Americans jumping aboard that train overnight.  We have much work ahead of us if we’re going to save this planet.”

Spoken like a true talented and kind-hearted human. Keep your head up and your ears open for new things coming down from Mr. Shutt. He always has an ace up his sleeve of awesomeness.