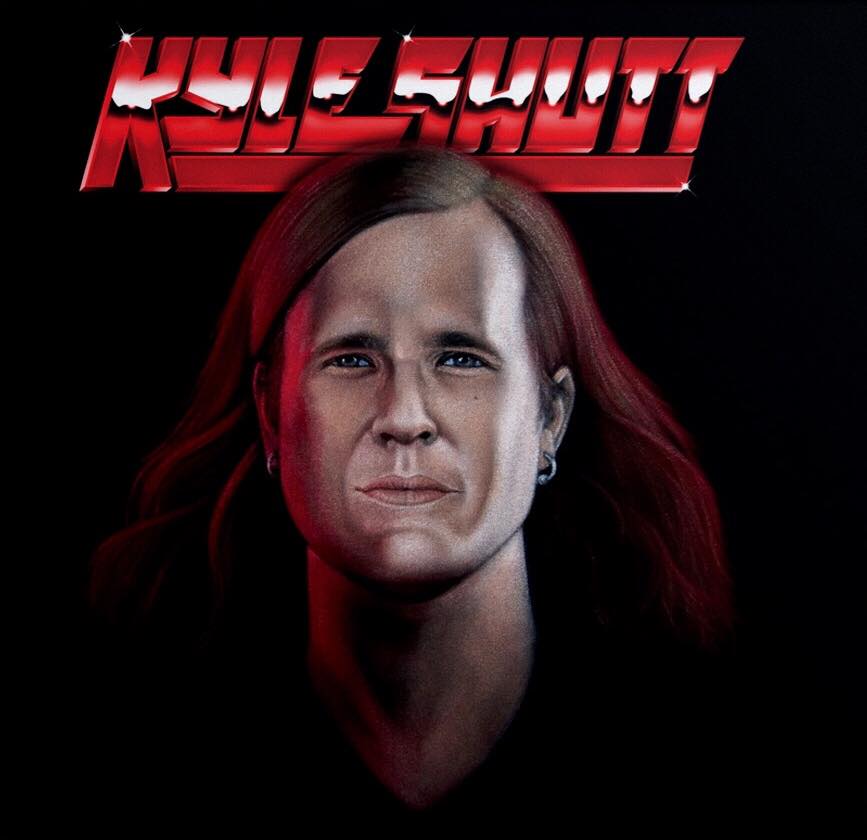 Anything you think you know about Kyle Shutt’s style of music can go right out of the window with this album. This is not The Sword or Doom Side of the Moon. If you know that right off the bat, then you will be able to enjoy the hell out of what Shutt has created. It is diverse and, as you can all imagine, extremely creative. What makes it even more incredible, is Shutt’s ability to play every instrument, which is exactly what he does on this album. His vocals are very unique and unexpected given his previous style of music. While this is the first time you get to hear Shutt’s vocal abilities, you will not be disappointed.

While The Sword is on indefinite hiatus, Shutt has too many creative spirits whirling about his brain to sit still for long. He breathes and bleeds music. So,  decided he wanted to venture out and construct his debut solo album with the help of a Kickstarter campaign and his eager fans. To make this release even better, it will be coming out on Shutt’s birthday, May 6th. I had the opportunity to interview him during his Kickstarter, and after his album was funded and finished. Shutt stated in the last interview,

“The album is relatively brief and pretty diverse. It’s got every kind of rock, from punk to industrial to campfire and more.  I wanted to keep my solo output diverse so that I’m able to craft different kinds of sets for different kinds of shows eventually.  I’ll be able to play a dirty rock club or a coffee shop or a giant festival without having to try to make the same set fit all those environments.”

He has definitely accomplished that. You can check those interviews out here.

Let’s dig into this album. Track one has been previously released, and is titled, “Big City”. This song starts off with a fuzzed out sonic rhythm over a steady drum beat. It has a good garage band sound and fun groove to it. I won’t say much about it because you can check it out for yourself. It definitely shows Shutt’s entertaining personality and love for what he does.

“I Can’t Dance” opens with a tantalizing guitar riff, that almost reminds me of Jack White for some reason. His vocals have a shaky rock vibe that is difficult to pinpoint but absorbing. You get to hear your first Shutt solo on this track, which is quick, but insatiable. I would say this one has more of an older rock sound to it. It keeps a steady pace and remains engaging throughout. “Too Much Money Too Much Time” is where things start to  contrast against the first two songs. This track has a strong punk undertone. It is fast-paced, has a rebellious guitar riff, and his vocals match the tone of the song. It is repetitive, just as a punk song usually is, and is done just as well. You will be rapidly nodding your head along and missing your old delinquent days.

“Set You All On Fire” is similar with the punk music composition due to the drums mostly, but the vocals take a different route. This song is extremely catchy. As he yells “I’ll set you all on fire,” you feel it. Don’t make Kyle mad, that’s all I’m saying. “Awake” begins with a chime that introduces the slow going guitar rhythm. This song is much doomier and gloomier, in the best way. Kyle’s vocals are dark and mysterious, along with lyrics that are haunting. I felt like I had just taken Ayahuasca and was sitting in a Native circle seeing my parallel universe as clear as day. It is an easy song to get lost in, and incredibly memorable.

“Ain’t Going Out Tonight” picks back up again with a groovy guitar riff. The lyrics are based on all the reasons he needs to stay home and not go out tonight, which as you can imagine, are hilarious. Here is the thing I have learned about Kyle throughout my year of “working” with him, he is clearly insanely talented, but he is a funny dude as well. Very down to earth and just all out comical. These lyrics showcase his comedic personality. So, don’t get Kyle mad, but if you do, buy him a drink and I bet all will be forgiven.

“We Still Smoke” has that punk undertone again, but this song also has a Red Fang stoner rock type feel. Shutt tears up a solid rock solo on this track. Meanwhile, “Barcelona” starts with more of a modernistic tone and riff, and is exceptional. It is a quick song, but a lot of fun to listen to. I find myself really enjoying this one, it might be my second favorite on this record. I am not entirely sure why. Listen to it when you get it, because you MUST buy it, and let me know what you think.

“Stronger Than The Earth” is my favorite. This track is bluesy and just beautifully composed. I love his lyrics in this song as well, they are very straightforward and thought-provoking. This song is a solid 10 for me. “No Reply” is tied for favorite. It is another bluesy yet almost country type song, that is slower but magnificent. The guitar work makes you want to close your eyes and get lost in it. His lower tone vocals cut through your emotional heart strings. It made me feel things, it will make you all feel things. It is a perfect ending to an incredible album.

I want to leave you with Kyle’s wise words, because I feel they need to be repeated,

“Stop leaving shitty comments and start making art.  Every time you complain, it’s time wasted that could have been spent writing a song or honing a recipe or drawing up plans for an epic mural.  ANYTHING but just saying ‘this sucks.’ You’re not making the world any better, it’s already bad enough.  Do something that brings light into people’s lives.  It’ll make you feel good.”

I feel this is a good way of thinking, living, believing, etc. Not only should you take these words and incorporate this way of living into your life, but you should also make sure you pre-order this album and give Kyle the love and support he very much deserves. He is a highly talented, hard working, funny, down to earth musician who is doing what he loves. Can you think of anything better to support? Thank the heavens for musicians and their musical art form to keep us sane and help us make it through the days in this crazy world. Pre-order here.

You can catch Kyle on tour with Electric 6 this Summer. I will be checking out the Boise show!