KYLE SHUTT Interview: THE SWORD Guitarist Will Do It All On New Solo Project 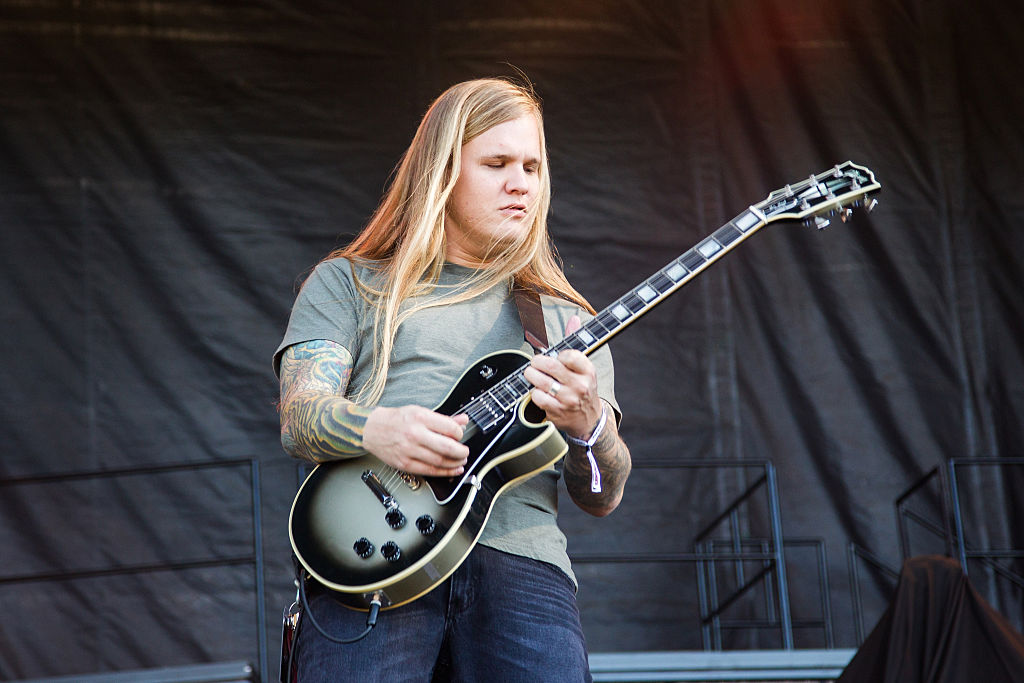 You know him as the guitarist for the stoner rock/doom metal band The Sword as well as Doom Side of the Moon. but Kyle Shutt is more than meets the ear. A multi-instrumentalist, he is currently running a Kickstarter campaign to fund his first ever solo album on which he plans to play all instruments, and push his own sonic boundaries. Shutt has targeted his May 6 birthday as the release date. Go check out the campaign and show your support:

The Sword is near and dear to my heart. The first time I saw them was at a $5 a head hole-in-the-wall performance at The Blues Bouquet in Boise, Idaho. I had never heard of The Sword, I had no idea what kind of music it was, I just wanted to see some live music. It was fate, because I was blown away and they quickly became one of my favorites, both on album and especially live. I have been a big fan of Kyle Shutt since then. He plays with much heart and soul, and his talent is immeasurable. You can tell he feels what he is playing, and it is done so beautifully I cannot seem to look away. He released an album labeled Doom Side of the Moon, a celebration of Pink Floyd in August of 2017, and more recently decided to go on his own adventure with a solo album. I had a chance to ask him some questions about his journey to release this upcoming project.

What inspired you to want to do a solo album?

This is sort of a three part answer.  First, with The Sword winding down, and with Doom Side of the Moon being more of a production (meaning I didn’t write the songs, it’s more of a ‘show’), I have a bunch of songs that I’ve written that don’t have a home.  Second, on tour, you see a lot of posters and marquees for upcoming shows, and I noticed a lot of the old guard of rockers just go by their names instead of tying to milk a brand, like Nancy Wilson being billed as her name instead of Heart.  Third, Prince is one of my all times favorite artists, and his first two records were produced, composed, arranged, and performed by him and I’ve always wanted to make an album that way.  Hence, the Kyle Shutt solo album!

How long have you had this project in mind?

Not that long, honestly.  It was sort of born out of my current circumstances, the idea just popped in my head and I ran with it.  I like to put things in motion and that way I’m forced to see it through instead of just having an idea and never doing anything about it.

Who inspired you to pick up the guitar?

My grandfather, C.A., had an old Silvertone lying around the house and I was mesmerized by it when I was about 10-years-old.  My dad loved hard rock (still does) and I begged him to show me how to play it.  The next year, 1994, I found MTV on the dial and after a summer of watching Nirvana, Green Day, Nine Inch Nails, and Smashing Pumpkins videos I knew without a doubt that I wanted to play music no matter the cost.

What do you use as motivation to increase guitar riff and solo creativity? Do you have a process? 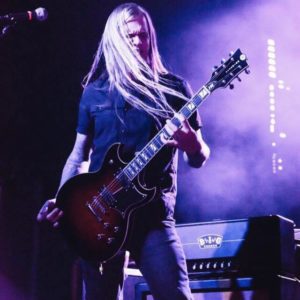 I usually cram my head full of books, movies, video games, and real life adventures and let that stew for a while. Then I purge by letting the music come out of me as it may.  Then I refill and do the whole thing over again.  I actually don’t get that much inspiration from music anymore, but every so often I’ll hear a song that gives me a cool production idea.

As far as I know, you are a part of three projects right now, The Sword, Doom Side of the Moon, and now this solo project, do you have a difficult time keeping up with it all?

It actually is pretty hard to keep it all straight, the three projects happen in waves so you kind of have to leapfrog  it all.  But now that The Sword is hibernating for an undetermined amount of time and Doom Side is booked and on autopilot, I can really concentrate on promoting my solo album kickstarter.

Tell me more about the solo project. What direction will you be taking us musically?

It’s hard to describe your own art, especially when it doesn’t exist yet.  The songs will be dynamic, heavy and fast, but I love more cinematic pieces, and I’m not afraid to get crazy in the studio.  Plug it all in and see what noise it makes!  A party rock song about wanting to die?  A dirge about being lonely in New York City?  An industrial head crusher that sounds like Godflesh wrote a song with The Hives?  Yes yes yes.

You stated you will be playing every instrument on this album, how did you become so diverse?

With you playing all of the instruments, do you see yourself getting some musicians together to do a tour with the release of this album?

I would love to, but first thing’s first, I have to fund this thing!  Starting with a small club tour with a band made up of some of my best friends sounds like a really good time!

Any The Sword news or Doom Side of the Moon news you want to share?

The Sword is on an indefinite hiatus, it wasn’t entirely my choice, but it seems to be the best option if we are to be able to continue at some point in the future.  Doom Side of the Moon however has a mini-tour coming up, you can find our crazy heavy metal Pink Floyd laser show here:

We also have plans to record more stoney versions of Floyd hits, so that project will hopefully be able to exist for a long time.  It’s certainly fun.

Any favorite up and coming bands you want to give a shout out to?

My all time favorite band, American Sharks, will be hitting the road with GWAR this fall and will have a new album out early next year.  It’s amazing.

Who is your favorite musician? Favorite band?

The answer to this question always changes, lately I’ve been inspired by artists who handle a lot of the duties themselves, like Wings’ Band on the Run, Paul McCartney played most of that album himself.  But it’s always a pleasure watching Clutch play music, those four dudes can fuckin’ JAM!

Anything else we should know?

It’s next to impossible to be a full time artist these days if you’re not 21 and willing to be homeless for a stretch.  My wife and daughter deserve better than that, so if this album doesn’t get funded you won’t be hearing from me for a while unless you have a clogged pipe and my ass shows up at your house with an auger.  Seriously folks, support the artists you love, because no one else will.

Whether you know who The Sword or Doom Side of the Moon are or not, I can guarantee this project will not disappoint. Shutt is a highly-talented musician who will make this worth your money and your time. Please jump on his Kickstarter link and show him some support!