New single "In Stride" Out Now!

Never a musician to waste any precious time, Alter Bridge and Slash and the Conspirators vocalist Myles Kennedy used the recent pandemic downtime to finalize his second solo album.

The finished result is the exciting new offering, The Ides Of March, which incorporates Myles’ love of rock, blues and country and is slated for release on May 14, 2021 via Napalm Records.

During his time at home due to all touring being canceled, Myles created the framework for the song ideas that would make up The Ides Of March. He then called up his cohorts from his Year Of The Tiger debut – longtime friend and drummer Zia Uddin and bassist/manager Tim Tournier – and the three musicians drove to Florida to record the album with longtime producer Michael “Elvis” Baskette.

From the slide guitar riffs of the album opener “Get Along” to the pensive blues style of closer “Worried Mind,” it is clear that Myles has crafted a formidable follow up to his debut solo album. While Year Of The Tiger was more of an acoustic exploration through Myles’ mind, The Ides Of March finds him strapping on his electric guitar and pushing himself as a guitarist/songwriter. Tracks like “A Thousand Words,” “Wake Me When It’s Over” and “Moonshot” showcase the diverse musical arrangements that have garnered Myles fans globally across all of his projects. The epic “The Ides Of March” clocks in at over 7-minutes, and Myles, Tim and Zia showcase their musical chops on the track.

The first single, “In Stride”, opens with Myles showcasing his slide playing before delivering a lyrical message to “take it all in stride.” The video for “In Stride” marks a return by Stefano Bertelli (who created the recent “Native Son” video for Alter Bridge) and shows an animated Myles as he takes the end of the world in stride.

Watch the music video for “In Stride” below:

“Chill out. That pretty much sums it up,” explains Myles Kennedy about the single. “The lyric paints a picture of a survivalist preparing for an impending zombie apocalypse. It was inspired by the first wave of lockdowns as everyone was buying vast amounts of toilet paper and supplies. I started to ask myself if it might be wise to try and gain some perspective and not overreact… keep calm and carry on.” 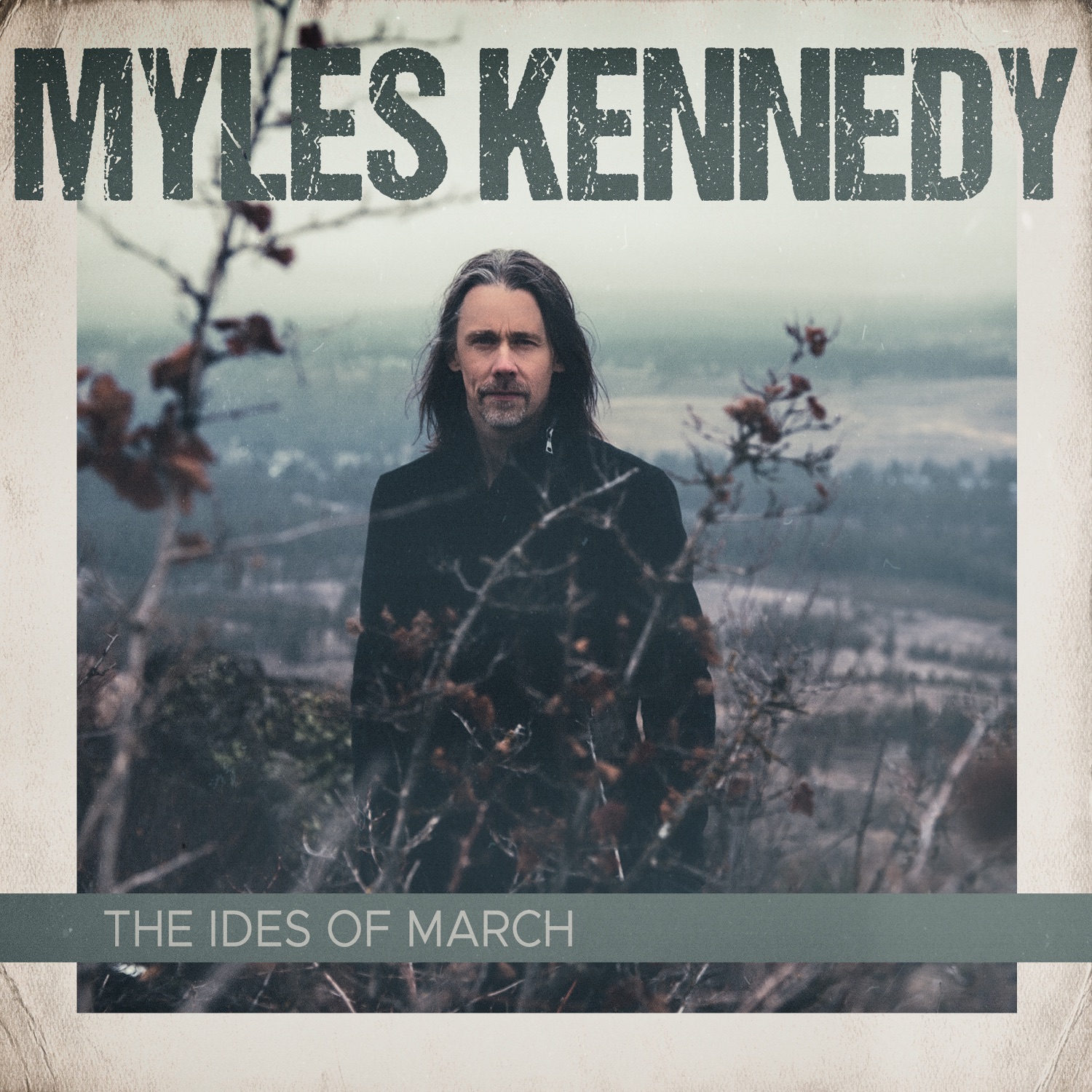 Pre-Order The Ides Of March
https://napalmrecords.com/myleskennedy 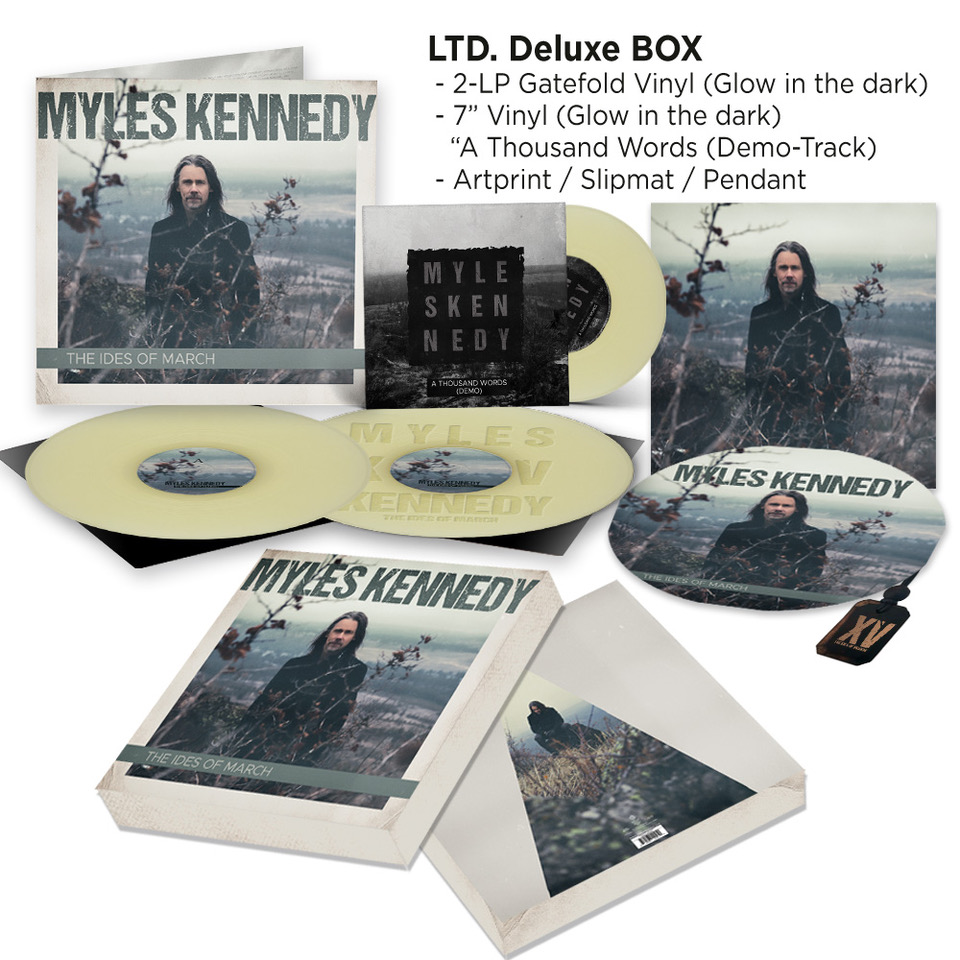