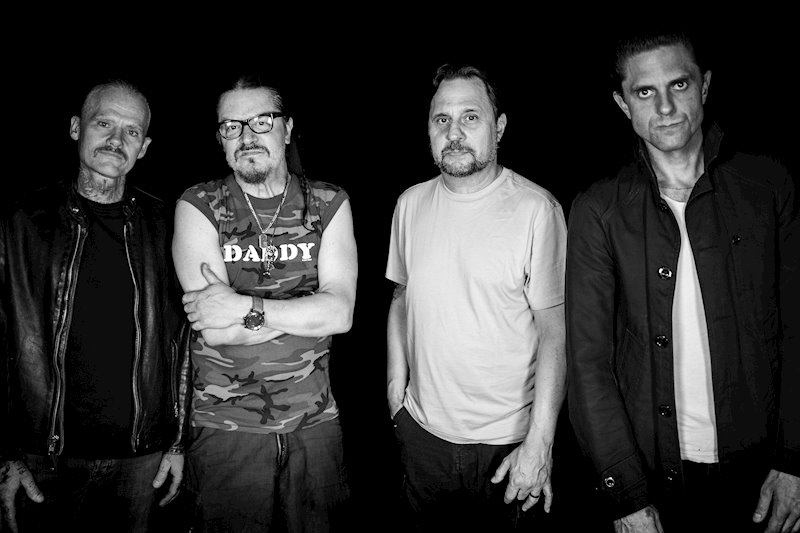 Controversy might as well be the middle name of the band Dead Cross because that is how they operate and that is what they are about. People will either love or hate this about them, but their musical ability is undeniable. With well-known members in the music scene, they do not go unnoticed, nor should they. Whether you appreciate their opinions or not, you have to respect their passion and “I don’t give a shit” attitude, which really is more “I give too much shits”, in my opinion. Which is a topic Mike and I discussed in this interview.

Dead Cross is releasing its long-awaited second album titled II on October 28th, 2022. This album has more diversity than its already incredible predecessor and continues to impress fans with its brutal reality, punk soundscapes at times, heavy and harsh vocals, riffing guitars, and loud and aggressive drum tracks. With powerhouse members, Mike Patton (vocals), Mike Crain (guitar), Justin Pearson (bass), and Dave Lombardo (drums), you know there is going to be something really special. Add their zany videography, and it is difficult to not be entertained or angry, depending on how you view the ingredients of the message. Either way, it is thought-provoking and confident. I urge you to give them a listen and see what you think. As Mike states, “If it isn’t for you, you don’t have to keep listening or watching”.  I appreciate their honesty and sincerity in being who and what they want to be without worrying about trying to please the masses.

Mike Crain discussed this project with Metal Nation. If you are viewing from your phone, scroll down to the bottom of the page and click “View Desktop Version” to see the interview and videos.