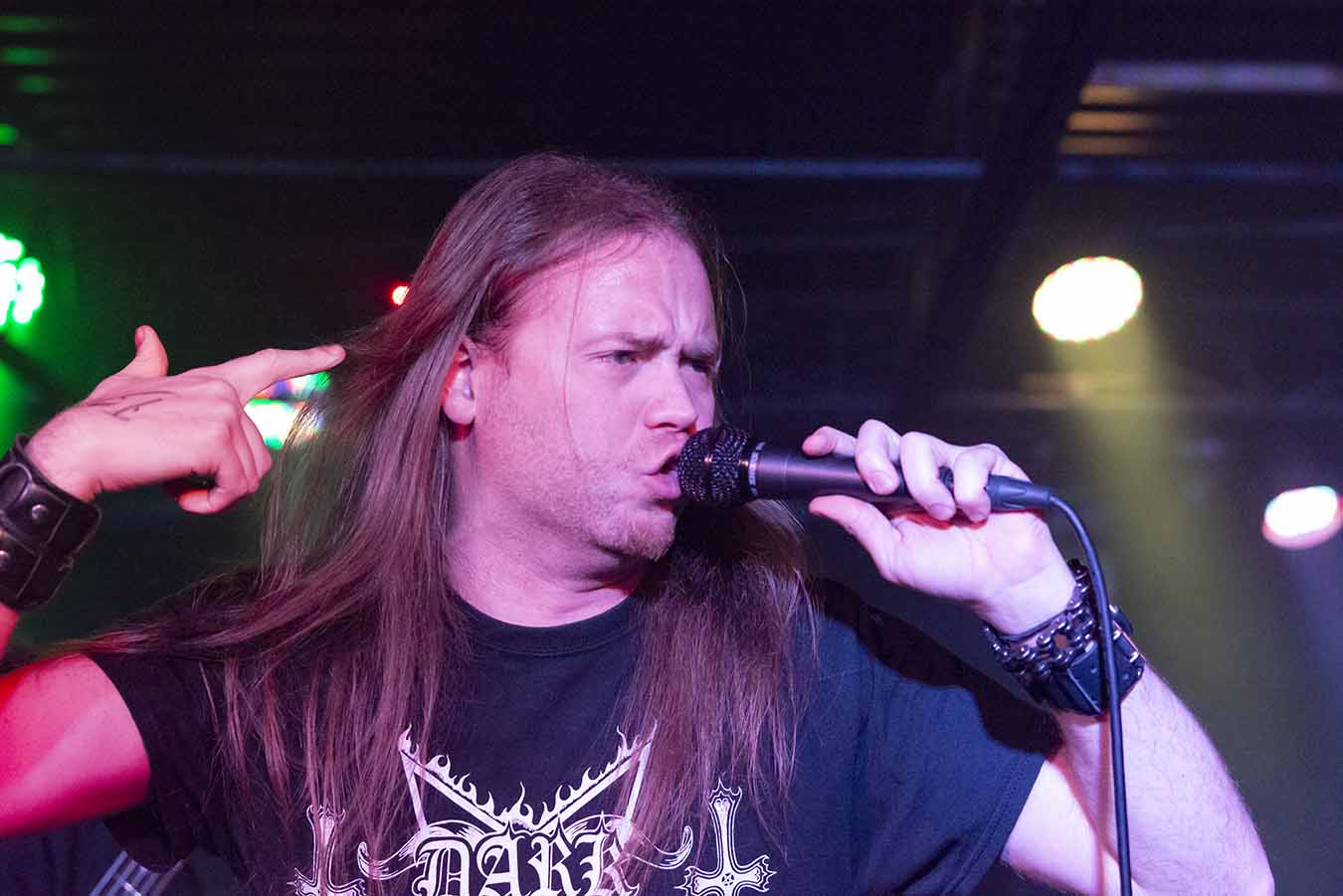 Having five bands on a Thursday night show either means you are going to have a long night or the sets will be short. All of the support bands played short sets so that Vital Remains had plenty of time to play and have everyone out by midnight.

Rotten started the night minus a guitar player as he was sick and unable to make it. Despite the missing guitar player they played a solid set and after an extended break are getting back into playing on a regular basis again.

Shifting gears from death metal to black, Serpentshrine played next. I have seen this band once before at a fundraising show and kick ass live. You should definitely check these guys out if you get a chance.

Relatively new to the area, Sadistikum gave the audience their take on blackened death metal. I am hoping that at some point they will create a Facebook page so we can keep track of them!!

Appalling continued the audio assault with songs from their two albums Secrets of the Adept and Inverted Realm. If you haven’t heard or seen Appalling, you should do so.

I saw Vital Remains play twice in 2009, the first was at The NorVA in Norfolk, Virginia as part of Virginia Death Fest as one of the headliners along with Decrepit Birth and Suffocation. The second time was a headlining show at the Half Shell in Virginia Beach, a venue that closed down years ago. The Vital Remains I saw in 2009 and the band I saw last Thursday night are totally different. Sporting a lineup that includes the new lead singer Scott Eames, the band was more energetic than I remember from 2009. Their set consisted mostly of songs from their most recent efforts Dechristianize and Icons of Evil. While this may not have pleased hardcore fans, it was a good set. It was good to see them play live again and I hope that they plan to play live more in the future.