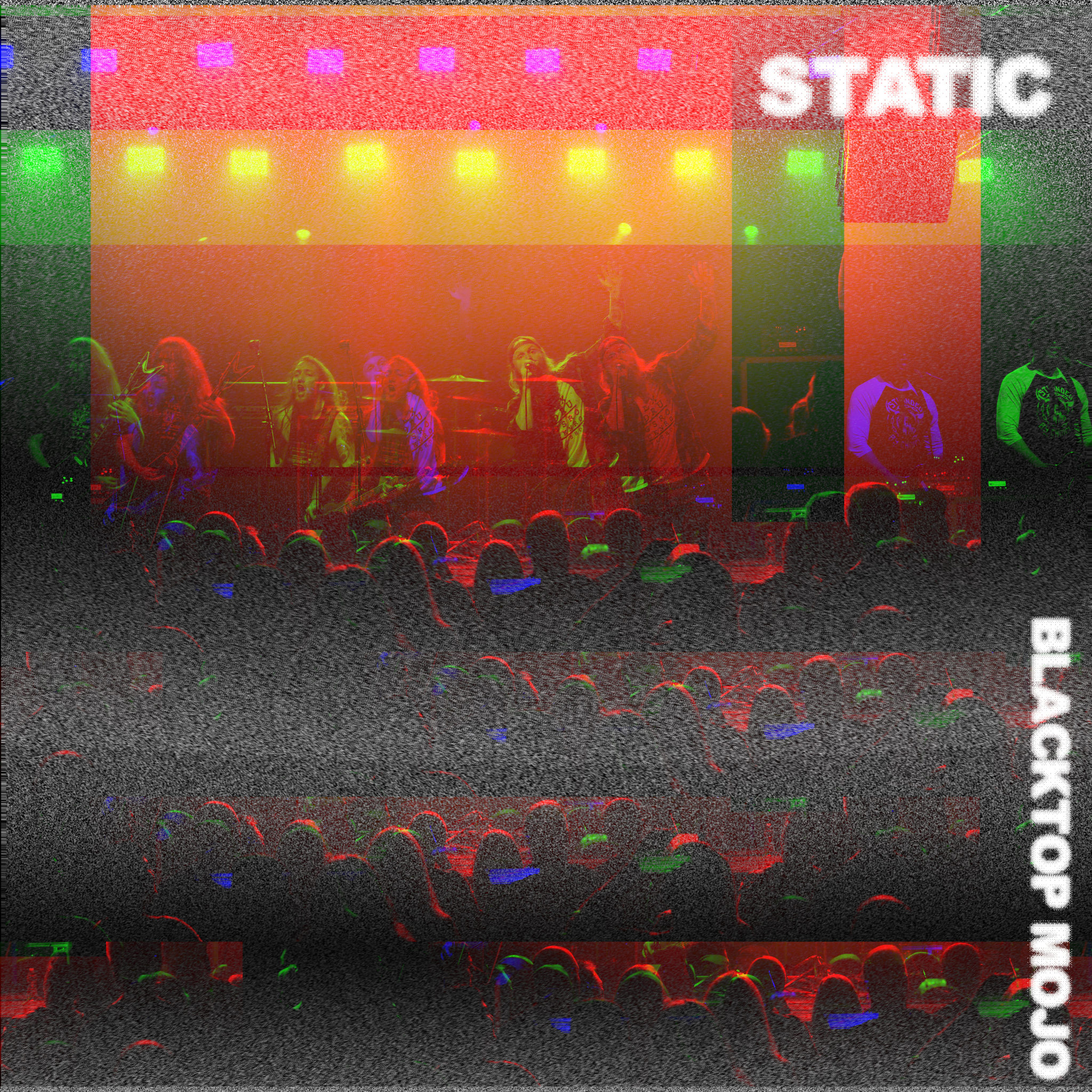 If I told you a band from a small town in east Texas captured perfectly the Seattle grunge vibe, you would likely raise an eyebrow. Or two. This is precisely what Blacktop Mojo have achieved on their latest album, the EP titled Static. It is the fourth record from the southern rock quintet composed of Matt James (vocals), Nathan Gillis (drums), Matt Curtis (bass), and Ryan Kiefer and Chuck Wepfer (guitars).

Set to release this Friday, May 29th, Static follows 2019’s critically acclaimed full-length Under the Sun. The songs were written and recorded during the Under the Sun cycle. When asked about the timeline, Curtis stressed:

“These weren’t ‘throwaway’ songs. We wrote every song with the intention of it being on the album.”

The songs didn’t, however, mesh with the rest of the album, a groove-driven hard rock compilation with strong southern rock and blues undertones. The guys decided to wait and release the four songs as an EP instead.

Static opens with “The End,” the heaviest, most up-tempo number on the record. The song is James’ cathartic expression of loss and anger after a break-up, with vocals that oscillate between anguished and fiery. The guitars and rhythm section encapsulate 90s era bands such as Temple of the Dog and Pearl Jam.

Hypnotic guitars on “Watch Me Drown” elicit a feeling of being immersed in water, of gradually sinking. James’ tormented vocals sound like a darker, moodier Phil Collins, a swampy Genesis with a dose of Deftones mixed in. There is also a big backing vocal section toward the end reminiscent of classic rock. Lyrically, James is at his most vulnerable, relating his struggles with depression.

The acoustic intro to “Leave It Alone” reminds me of one of my all-time favorite Chris Cornell songs, “Seasons.” On the first listen, I expected to hear Cornell but wasn’t the least bit disappointed with James’s equally soulful voice. With a visceral vocal over an atmospheric slide guitar, à la Lynyrd Skynyrd, the song rises and falls as the narrative unfolds. According to James, it is about:

“The traumas that we all hold onto and how people sometimes poke and prod where they shouldn’t. The song is written from the perspective of a combat veteran who has been asked if he’s ever killed someone.”

The line “Pain captured in Kodachrome” caught my attention. James explained that the song was inspired by a TV interview with a WWII veteran and the lyric, the result of his research into 20th century war photography. The idea of a combat veteran watching a documentary and reliving the war in color affected James. For me, the line evoked images of the Vietnam War and served as a visual clue into the meaning of the song.

On “Signal’s Gone,” James draws on a painful personal experience of being ghosted by someone with whom he thought he had a connection. The incident reminded him of being engrossed in a film that suddenly turns to fuzz on the screen. The intricate underlying acoustic guitar brings to mind bands like Days of the New. Echoing the lyrical significance, the song fades out with an unsettling outro of distortion and static.

Static manifests BTM’s heavy 90s grunge influence more than any previous collection. No matter how grungy the tunes may sound though, the band’s southern rock roots are always showing. Their approach, however, is modern and sets them apart from their contemporaries, while James’ lyrical vulnerability and introspection give the band authenticity.

“I appreciate the fact that Matt can express his emotions through these songs so well. Knowing him like a brother and living with him, it’s crazy to understand firsthand how and when some of these songs came to life from the experiences I was around to see him go through. Some people will never like our music, which is absolutely fine, but one thing’s for sure – it’s authentic.”

I first listened to Static in the midst of a warm, Seattle-like rainy spell in Boise. The album served as the perfect soundtrack to my delightfully melancholy setting. I will likely always recall the wistful feeling while listening to these songs.

Connect with Blacktop Mojo online at: