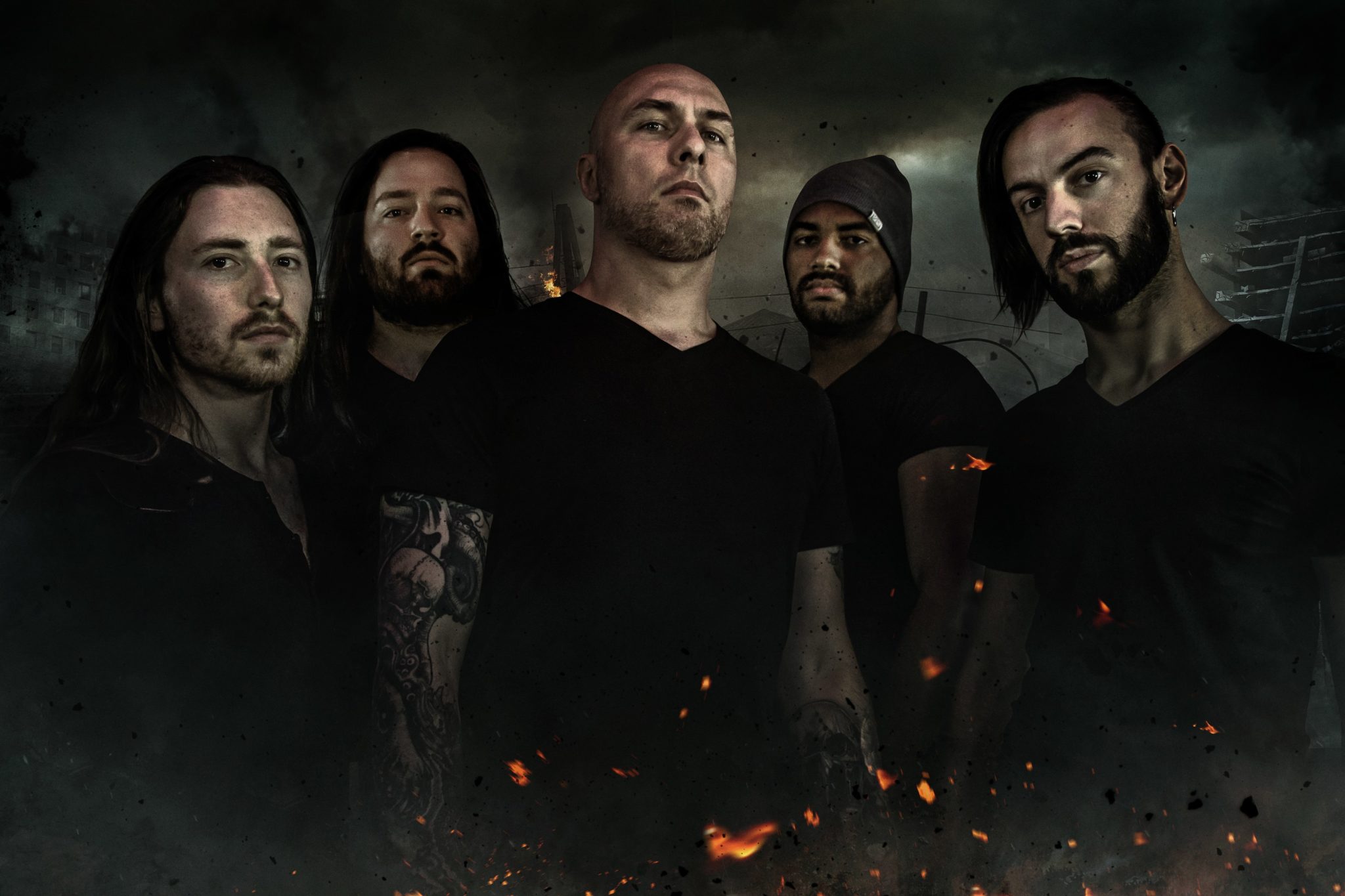 Aborted is bringing the TerrorVision to North America with their Hell Over North America headline tour. The band will be joined by Cryptopsy, Benighted, and Hideous Divinity. This follows last year’s very successful Hell Over Europe tour.

“Once again we return to North America, this time to spread the devastation of Terrorvision  on our first official Hell over North America headline run. We are super stoked to see many familiar faces again on the road on this ambulant blast beat party, so make sure to not miss out, the line-up has most of the Hell over Europe bands and was an absolute blast and makes an evening death metal fans shouldn’t miss out on. We couldn’t be more stoked to go out again with our good friends in Cryptopsy and Benighted, as well as watch Stefano die from playing twice a night as we have Hideous Divinity who are also embarking on this run. Two European bands which have never played on American soil, don’t miss out, get your tickets and have a good time with all of us!” 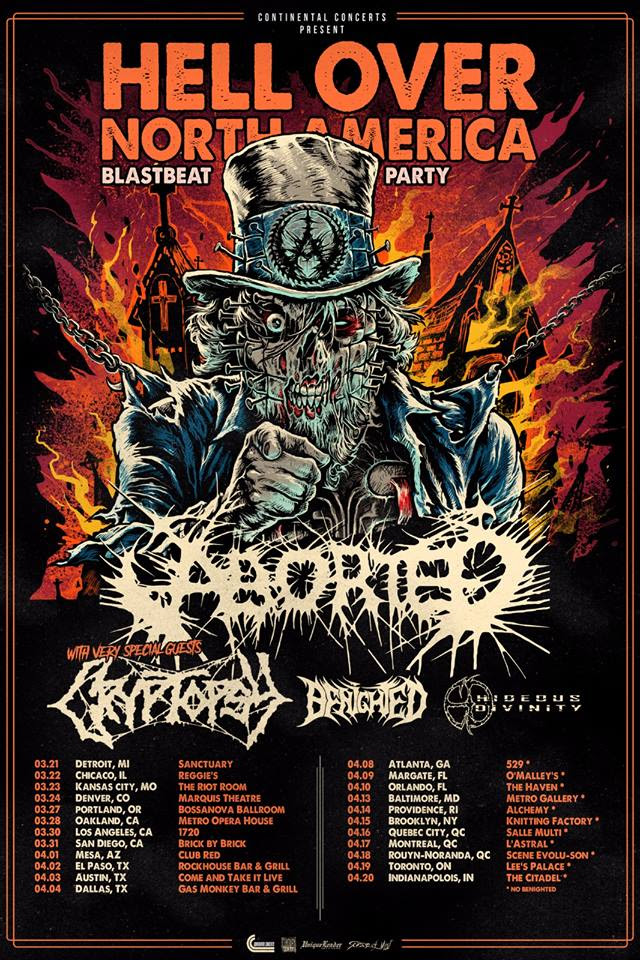 Furthermore ABORTED are already confirmed for the following festival shows:

ABORTED‘s latest album TerrorVision, released in September last year, was critically acclaimed by media and well received by their fans: 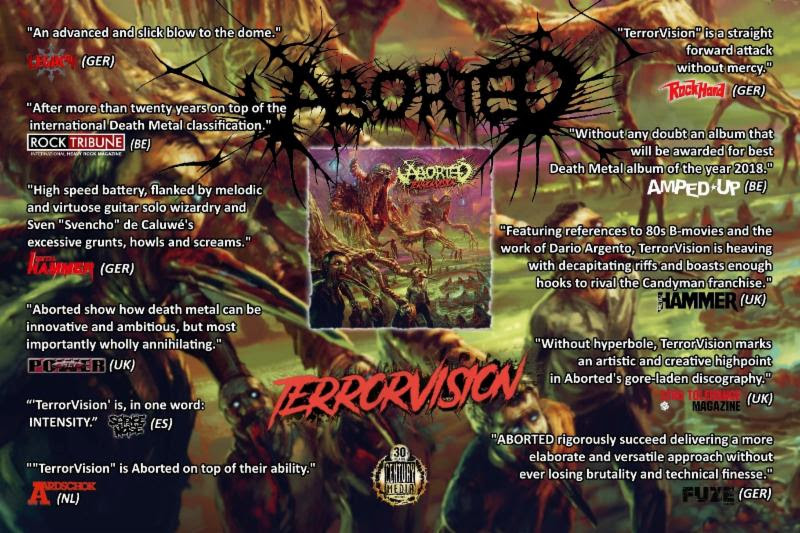 ALL THAT REMAINS, ATTILA Announce Winter-Spring 2019 Co-Headline US Tour