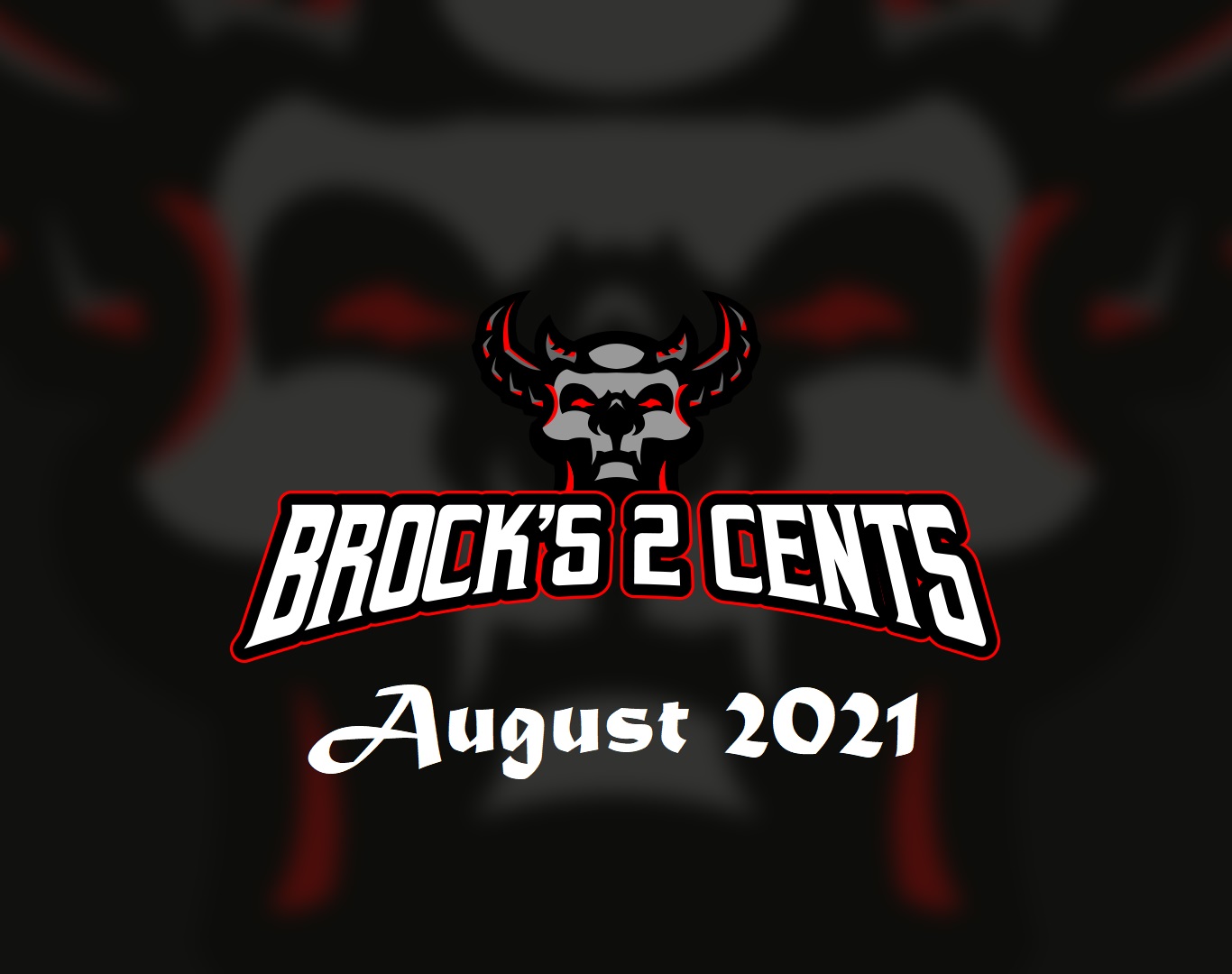 Just as everything seems to be getting back to normal, a new variant of the virus is out there and its’ messing everything up. Hopefully I get to see the JUDAS PRIEST tour before it gets cancelled and also the other few tours coming through my area. Also, I’m working six days a week now, so these reviews will be up to 10 bands only from now on. So, here are my reviews of recently released albums that I think you should know about. Forget about these in-depth reviews, I’m bringing you quick reviews on multiple releases to help you guide your way through the METAL world today!
BASICALLY THIS IS JUST MY OPINION, LIKE IT OR NOT…
Ratings: [0(sucks) to 5(awesome)]
{Format: Band – album title = rating |label |style of metal. review} 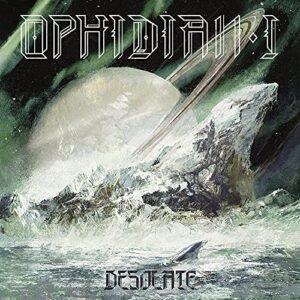 OPHIDIAN I – Desolate = 4.25/5 |Season of Mist |Technical Death Metal
I remember when their debut album came out years ago and I liked it but nothing special. Now 9 years later, the sophomore album, Desolate, is here and MIND BLOWN!!!! Uh…WOW! This is nuts. These riffs, brain melting, overload! This Icelandic band has taken tech death up a notch. Insane riffs, lightning speed and a melodic flow that equals F*CK YES, THIS RULES! The complexity of riffage to the breakneck speed to the sophistication of the song writing; this is tech DM for tech DM fans! The average metal fan might not appreciate the mind boggling songs that are coming off this album. This is an technical precision odyssey with melodic flows to strangleholds your attention as any addictive drug would. Desolate is mandatory multiple listens and you’ll still need more listens to comprehend all that’s going on. I’ll even go on record and say everyone that was waiting the past decade+ for a new NECROPHAGIST record to come out and blow your mind…. Well, OPHIDIAN I delivered!!! I also have the feeling I’ll enjoy this more and more with continuing spins. This will be in my top albums for 2021! I need to see these dudes live pronto! For right now: 10 tracks, 5 are killer and 5 are good!
ffo: DECREPIT BIRTH, OBSCURA, GOROD, NECROPHAGIST, SPAWN OF POSSESSION, BEYOND CREATION 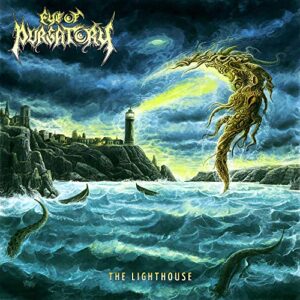 EYE OF PURGATORY – The Lighthouse = 3.5/5 |Transcending | Old School European Melodic Death Metal
Hats off to Rogga Johansson! I don’t know how this dude does it. He’s literally in like 30 active bands and this is one of three bands that’s featured on this months’ reviews. Rogga has a knack for old school death metal and any sub genre you want to attach to OSDM, Rogga can do it and do a damn good job! This is his take on the old school Euro sounding melodic DM. The first album The Rotting Enigma was OK but this new album, The Lighthouse, is f’n killer! This is that good old school too, that cave man riffage mixed with those somber melodies and synth added atmosphere. Basically, Rogga created an engaging and memorable melodic OSDM album that you could probably say this is an opus of an album for this type of genre! This is how its done, PERIOD! 9 tracks, 4 are killer and 4 are good.
ffo: EDGE OF SANITY, DAN SWANO, GODGORY, [early] AMORPHIS, HYPOCRISY, DAYLIGHT DIES 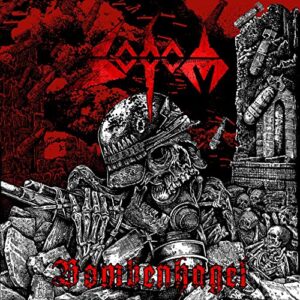 SODOM – Bombenhagel = 3.5/5 |Steamhammer |Thrash Metal
In 2018 Tom Angelripper enlisted a whole new band that has lit a fire back in SODOM! Since then, 4 EPs and a damn good new album, they’re back with this 3 track banger! A new re-recorded version of the song Bombenhagel from the Persecution Mania album and 2 new tracks, is just another offering that SODOM is firing on all cylinders and ready to kick your ass! This is SODOM at their thrashing best that pummels in your ear drums! This a great head-banging EP and SODOM fans will love this! Nothing much else to say here. If you like SODOM check it out now! 3 tracks, 2 are killer and 1 is good.
ffo: KREATOR, DESTRUCTION, TANKARD, SLAYER, VENOM 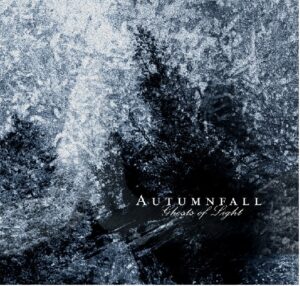 AUTUMNFALL – Ghosts of Light = 2.25/5 |Transcending |Melodic Black Metal
When it comes to BM, I mostly, enjoy 2 versions, 1. being fast, blasting, intense, 1000 mph style and 2. the melodic style. AUTUMNFALL fall into melodic side with a touch of Atmospheric. This new Finnish bands’ debut album Ghosts of Light is a decent album. They offer up a good mix of melodic riffs with folkish melodies and a flowing doom-ish atmosphere that brings something different to the genre. Ghosts of Light is a good blend of emotions meet aggression with even a touch of gothic elements as you could even describe the band as dark metal. I enjoyed parts of this album and definitely looking forward to future releases to see how this band grows. I’d personally like to hear a bit more aggression mixed with their emotional output. 9 tracks, 3 are good and 3 are OK.
ffo: THROES OF DAWN, FALL OF THE LEAFE, IN THE WOODS…, AGALLOCH, KATATONIA 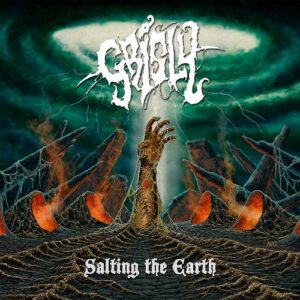 GRISLY – Salting the Earth = 2.75/5 |Xtreem Music |Old School Death Metal
Here’s another one, Rogga Johansson is back again with one of his 30+ active bands. The debut album The Spectral Wars was straight forward OSDM but the new album is straight HM2 worship! Salting the Earth is way more upbeat than the debut delivering a melodic yet a driving fury of memorable OSDM. This is another release that shows Rogga can do it all when it comes to OSDM. If you crave that HM2 chainsaw riffage with infectious grooves, tasteful hooks and a momentum that rises the glorious early 90s Swedish DM then this is for you! Seriously, this is a must check out if you love this style! 10 tracks, 3 are killer and 4 are OK.
ffo: DISMEMBER, ENTOMBED, GRAVE, CARNAGE, EDGE OF SANITY, LIK, CONVULSE 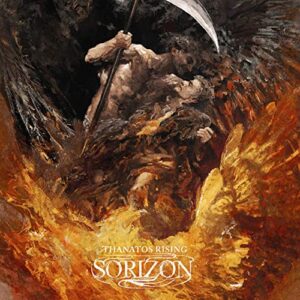 SORIZON – Thanatos Rising = 1.75/5 |Unsigned |tech progressive metal
This California band has released two very good progressive metal albums that mix in a good amount of extreme metal into their progressive sound. Their debut, Behind the Emerald Starscape and sophomore album, Somnus, were both something different to the prog genre and I really enjoyed that balance of the two genres. So when this new album, Thanatos Rising, came out this year I was expecting more of the same, but that’s not the case. Gone is the extreme metal elements and more of a pure progressive metal album that you can hear from most prog bands out here. This album is more focused on the melodic/atmosphere side of progressive metal. Thanatos Rising starts off really good with the first few songs but then tanks hard and never recovers… If you’re into more of the melodic side of Prog metal than this will be right up your alley but I personally enjoyed their previous albums that was more technical and heavier. 12 tracks, 2 are killer and 4 are OK.
ffo: CONTROL DENIED, ENGINE, FATES WARNING, EVERGREY, SCAR SYMMETRY 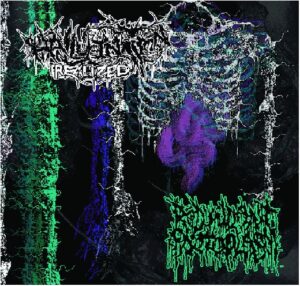 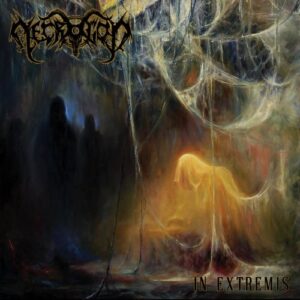 NECROGOD – In Extremis = 1.5/5 |Transcending Obscurity |Death Metal
Yet again, here’s another one from Rogga Johansson. The third band of his to be reviewed in this! NECROGOD is a straight forward OSDM album with a modern sound approach. I pretty much like about 75% of whatever Rogga does but this is a rare miss for me. In Extremis is well played from top notch musicians but this mix of Swedish and Floridian OSDM just didn’t hold my attention. Overall, it’s kind of boring to me, my problem with this is that it sounds too simple. I don’t know, maybe he’s overdoing it and putting out to much? I think this is the like 5th album he has out this year so far. OSDM heads may eat this up but I needed something more on this release. I’m still of huge fan of Rogga and will check out anything he puts to record! 9 tracks, 2 are killer and 3 are so-so.
ffo: MASSACRE, UNLEASHED, GRAVE, MASTER, MORGOTH 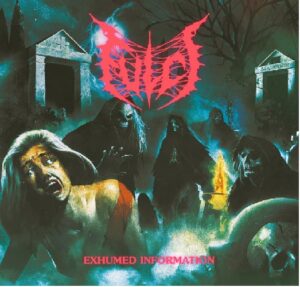 FULCI – Exhumed Information = 2/5 |Time to Kill |Brutal/Slam Death Metal
Italy’s FULCI, named after the legendary Italian horror director and godfather of gore Lucio Fulci. Much like MORITICAN, this is horror movie samples and groovy brutal DM with some SLAMS. Its like you take the bands in the ffo section and threw them in a blender. A total OSDM vibe adding slam grooves with a modern production and this is what FULCI brings. Their third album, Exhumed Information, is hard to call an album, it’s more like an EP, with 1 intro and 4 instrumental tracks. The limited tracks that are here is FULCI continuing to bring their brand of DM. Exhumed Information seems to be a bit more progressive and an eerie atmosphere than the brutal, slam, groove of the first 2 albums. It’s a decent release but I expected more. 10 tracks, 1 intro, 4 instrumentals, 2 are killer and 3 are OK.
ffo: MORTICIAN, CANNIBAL CORPSE, DEVOUR THE UNBORN, AMPUTATED

NECROSEXUAL – Seeds of Seduction = 2.25/5 |Folkvangr |Crossover
The new EP from NECROSEXUAL that follows-up to The Gory Hole Overture in F# EP and the full length GRIM-1. Marrying themes of expression and high art with base desires and sexual innuendo, the Necrosexual’s dark humor brings forth what this band is. This is over the top crossover 80s thrash with some extreme metal elements with a very humorous lyrics. The music is very good compared to the sleazy image and lyrical content, this is definitely a band you’ll need to see live. NECROSEXUAL is definitely that silly and just having fun but creates something worth listening to. 3 tracks, 2 are good and 1 is OK.
ffo: KING DIAMOND, JUDAS PRIEST, GWAR, CROTCHDUSTER