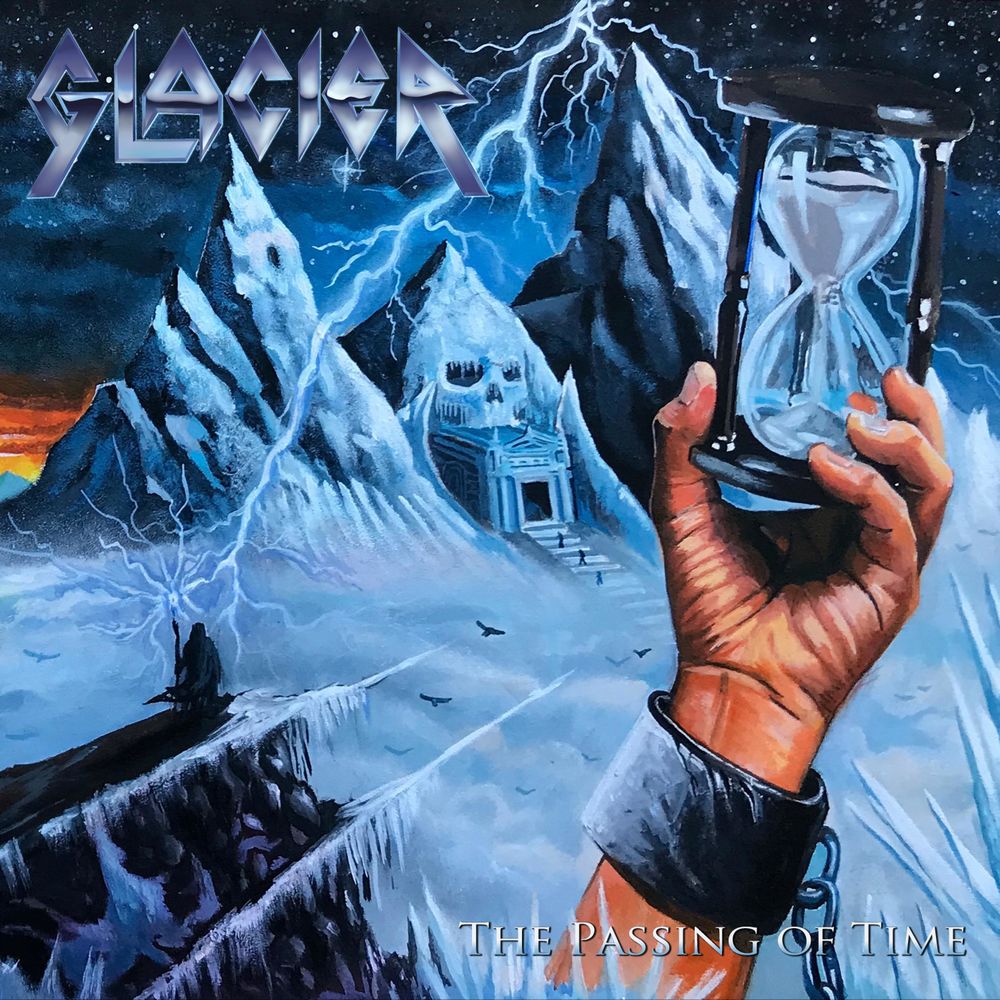 Glacier – The Passing of Time

It seems somehow poetic that Oregon-based traditional metal quintet, Glacier took 40 years to release its debut full-length record, appropriately titled The Passing of Time. I see what you guys did there. Founded in 1979, Glacier released a self-titled EP in 1985, but other than two demos, that’s all fans ever got to hear. Members moved on to other projects as grunge came in and buried the classic metal sound in sonic flannel. In 2016, vocalist Michael Podrybau reformed the band under another moniker to perform the 2017 Keep it True Festival. In 2018, with the thumbs up from the remaining founders of the band, Podrybau reclaimed the Glacier name and set to work on this long overdue debut record.

Despite being a mostly new line-up, Glacier 2.0 retains the sonic authenticity displayed on its 1985 EP. Fittingly, the original rhythm section of drummer Loren Bates and bassist Timm Proctor even drop in to lend their talents on three tracks on The Passing of Time, including “Live for the Whip,” “Sands of Time,” and “Infidel”. Podrybau has rounded out the modern line-up with drummer Adam Kopecky, bassist Alex Barrios, and guitarists Marco Martell and Michael Maselbas.

The Passing of Time connects with the ethos of NWOBHM style, in the likes of Iron Maiden, Saxon, Grim Reaper, and more. There are also some elements of power metal blended in and some similarities here to NWOTHM bands like Striker and Enforcer, and of course the American masters, Savatage.

The album’s eight tracks open with “Eldest and Truest”. The drums offer something of a military cadence while the dancing fretwork creates a slow-building tension. When the songs picks up speed we get that very Steve Harris-like bass gallop and the dual guitars sound quite Maiden-esque in places. Podrybau has something of a Steve Grimmett vibe to his voice. I cannot help but hear some modern Saxon in the pre-chorus. The song delivers a big chorus, fantastic production, and excellent lyrics. Everything you could ask for in a metal anthem is here.

“Live for the Whip” kicks off with a razor sharp riff that recalls Judas Priest and the aforementioned Grim Reaper. The attitude and lyrics feel very Manowar, which is always an excellent addition to most metal songs. Nice drum fills from Bates. The song has a beefy, muscular presence to it. “Ride Out” is another bombastic rocker with a warrior-throated pre-chorus and needling, swarm-like riff. Manilla Road‘s Phil Ross, makes a cameo on bass here.

After three bangers, Glacier slow things down for “Sands of Time”,  but the emotive intro changes up about 90 seconds in with another punchy riff and a guitar wail. This song was originally recorded as an instrumental in the mid-80s, but the band dusted it off and revamped it for the debut record. There are certainly some Savatage grooves on this one, but it goes well beyond that. This is followed by “Valor,” which begins with a nice drum lead in and guitar build-up. There is a hint of Biff Byford in the vocal delivery. The tempo and rhythm shifts into something darker and more menacing, a fitting battle cry for war. The song is another fist in the air, headbanging anthem with a big gang chant chorus.

Glacier get into full on assault mode on the rampaging, “Into the Night” with it’s raging riffs and relentless drum work. There is some fantastic guitar trade offs here, then an almost proggish breakdown. Dual fretwork and more propulsive energy than perhaps any other track on the record.

“Infidel” cranks up with a very Maiden sensibility. The bass work by Proctor owns this and undeniably embraces that Steve Harris signature. This is among the best songs on the record. There are even moments that I can hear some classic Thin Lizzy.  This takes the album into its closing track, “The Temple and the Tomb” which has a slight Middle Eastern undercurrent to it and is the album’s longest song at just over  6 1/2 minutes and arguably the album’s most ambitious. There are some flavors that recall Queensryche and even fellow Oregonians, Spellcaster. The entire band is hitting on all cylinders here, and guest Phil Ross drops some more bass lines down here as well.This is a perfect song to end the album on and it is my personal favorite along with the album opener. They book-ended the album with the strongest numbers.

Glacier may have lived up to its name in taking decades to create this gem of an album, but The Passing of Time delivers in mammoth form. The record has fantastic continuity and flow. The production is clear and modern yet not overly polished. The songs are well-crafted and highly melodic without losing that metal edge, Every performance is high caliber and Michael Pudrybau‘s vocals shine across every track. If I had any complaint it would be that the single “Raise the Fist” does not appear on the record but only as a flexi-disc with the vinyl version. I would also note that every track is solid and headbanging, but there aren’t a lot of addictive moments that have you hitting repeat. The album could have used a couple of big hooks to really set this up to be a classic, but it still stands as one of 2020’s best debut releases and headbangers should give it the ear. 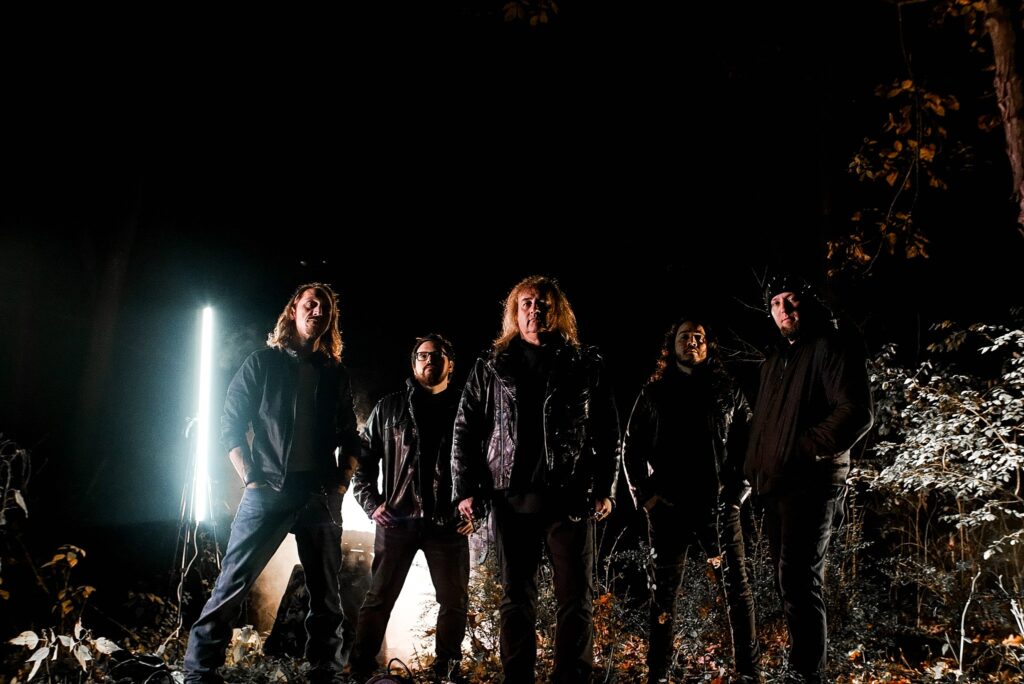