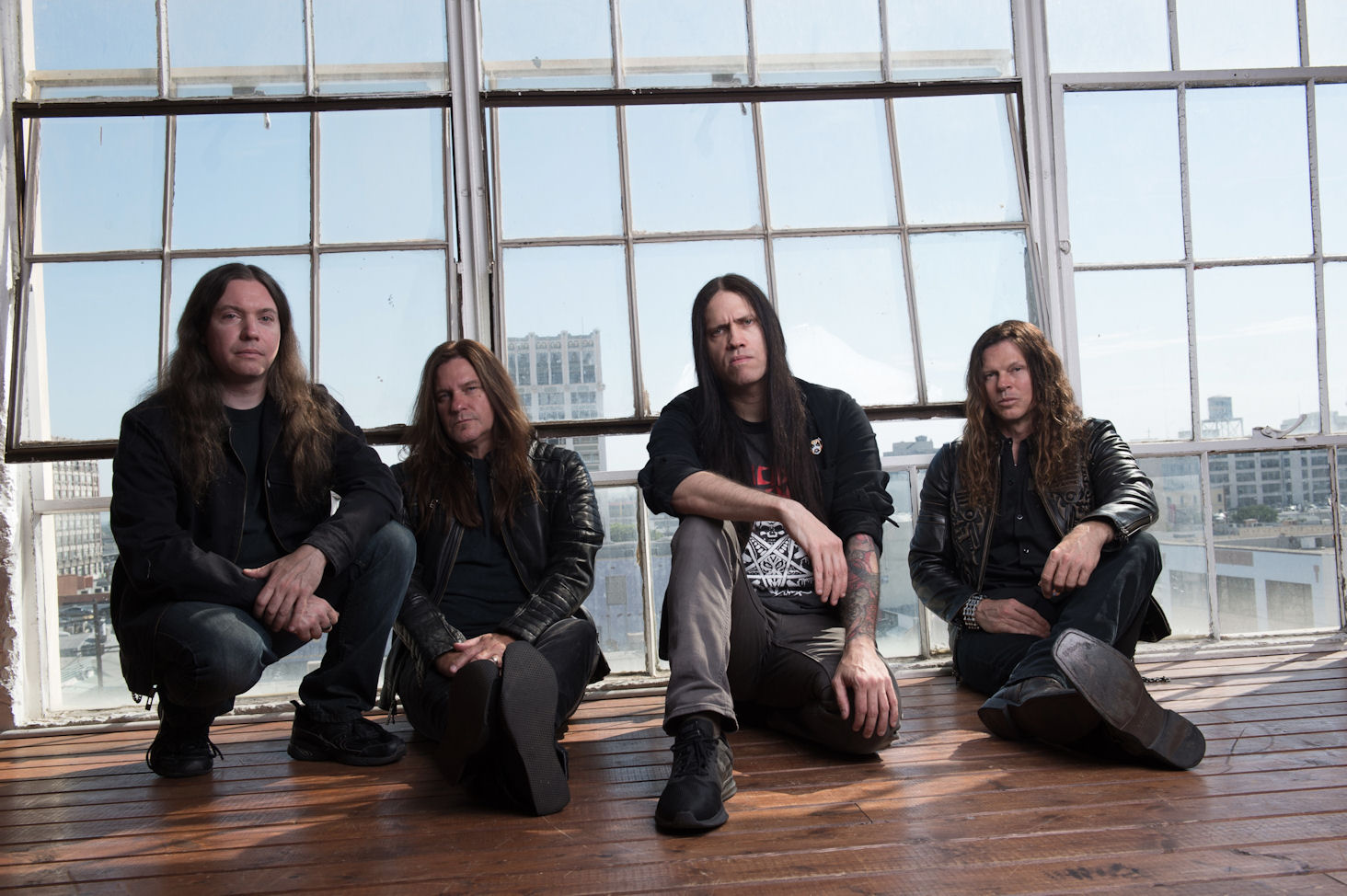 hen drummer Shawn Drover and guitarist Chris Broderick made their sudden departure from Megadeth in 2014, many thought they might have lost their minds, yet the duo knew exactly what they were doing. From that fateful decision, Act of Defiance was born. The two busied themselves with writing the music that would become their appropriately titled debut release, Birth and the Burial. In former Scar the Martyrs vocalist Henry Derek they found the perfect voice for the band, and Shadows Fall guitarist Matt Bachand joined as bassist to flesh out the line-up.

Two years after its successful debut release, Act of Defiance is ready to unleash its sophomore album, Old Scars, New Wounds, and Metal Nation caught up with Drover to chat about the record, and much more. Shawn immediately noted his frustration about the difficulties of having the album done, but not being able to hit the road to bring it to the fans right away.

It’s funny because we finished recording Old Scars, New Wounds probably three months ago now, and once you turn it into the record company, there is all the art work and the things that go along with it—the band just kind of sits back and waits. It has to be manufactured, you have to make videos, and do all this stuff for the September 29 release of our new record. What I’d like to do of course, is immediately go on tour, go play shows, and get in people’s faces and play new music. But you can’t do that until the new record is out. So were kind of in a holding pattern. For me personally, I’d just rather be on the road doing what I can to promote the record, but you cannot promote a record that’s not released yet.”

Still the downtime gives Drover an opportunity to enjoy his other great passion which is golf. While one would expect that the golf course is where the drummer might find his Zen state, it turns out his true Zen is behind the kit.

Golf is such an aggravating sport potentially. It’s a game you’ll never master. I’ve been playing for over 40 years now, and I love the game so much but it’s so freaking aggravating if you don’t play well. It’s a constant battle of man against the course, and course often wins. But I love it. It’s my passion outside the music and my family. That’s what I love most is to play golf, but I wouldn’t say I’m ever in a Zen state when I’m playing golf at all. I try to concentrate and focus, but you hit a bad shot and that Zen goes away real quick and the anger replaces the Zen. I’m certainly much more focused on stage or in the studio playing with the band. ”

Due to the timing and speed with which the debut album occurred, Drover and Broderick wrote the record, but with Old, Scars, New Wounds Derek and Bachand had an opportunity to dive into the creative process as well.

With Birth and the Burial, when that record was written, it was just I and Chris,” shares Drover. “There was no band at the time. We were juggling so many hats at the time. It was let’s write a record, let’s get a band, let’s get a record label, let’s get a manager, let’s get a booking agent; all these things Chris and I were doing on our own. We didn’t know at the time that we were going to get Matt and Henry. The search was on as we were writing music. By the time Henry and Matt came into the fold, the music was already written. With this new record, of course we played about 100 shows in support of Birth and the Burial, and got a year under our belts of getting acclimated to each other. When it came time to do this new record we had the affordability of a little more time. Of course Matt being such a great songwriter with Shadows Fall, of course that was a no-brainer; he wrote three songs on the record. Henry actually wrote a song on the record as well, which is our second single, a song called ‘Overexposure.’ So he stepped up to the plate musically as well as contributing a lot of lyrics and vocal melodies to this new record.”

You can check out the full interview with Shawn Drover below as well as the videos for “Overexposure” and “M.I.A”.

Album Review: IRIS DIVINE – The Static and the Noise