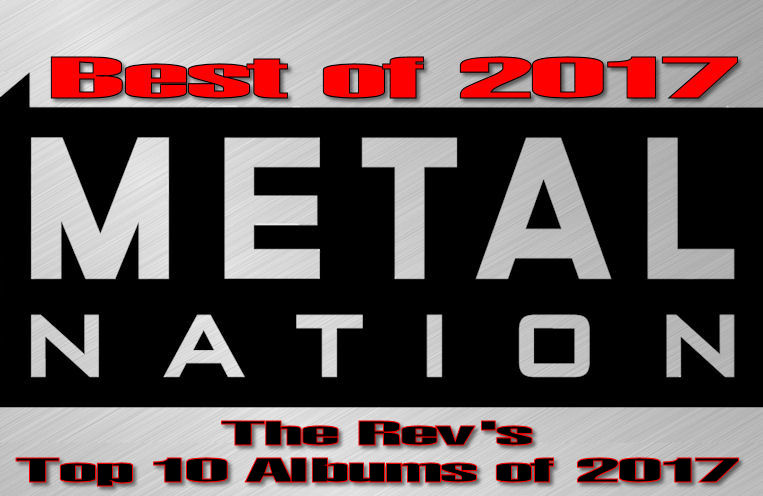 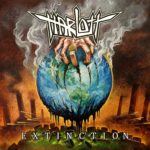 Australia’s Harlott released one of the best thrash albums of the year, bringing their Testament, Slayer and classic Metallica hybrid to a very high level, to the extent that the title track out-Slayers anything the latter has done recently. This, their third full-length release, perfects the aforementioned formula with a dozen pummeling tracks the highlight of which is the seven-minute plus “And Darkness Brings the Light,” a mighty masterpiece  that pays homage to …And Justice For All and Reign in Blood. It truly is a rarity to see a band set that bar this high and hit it. 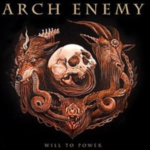 Arch Enemy‘s tenth full-length more than ably adds to the canon of the band’s discography building on the sonic palette presented on War Eternal with the addition of Nevermore guitarist Jeff Loomis. His work melds beautifully with Michael Amott’s to create memorable melodic passages throughout the album’s thirteen tracks. Highlight is the riff-tastic “The World is Yours,” a galloping affair destined to become another fist-pumping, horns-throwing anthem live. 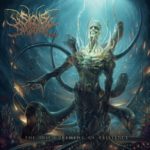 3. Signs of the Swarm – The Disfigurement of Existence (Unique Leader)

A late entry with a December release, Pittsburgh’s Signs of the Swarm bring brutal deathcore to the party. The album is presented in crushing clarity with the guitars, rhythm section and guttural vocals all residing in their own sonic space then mixed to perfection to the benefit of the whole. For me to enjoy any sub of extreme metal I have to hear what’s going on, not the equivalent of sonic spaghetti piled in a heap. Highlight is the opener, “Cesspool of Ignorance” that begins malevolently with haunting melodic guitar that devolves into chaos. 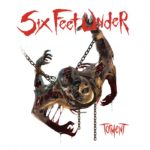 The twelfth full-length from Six Feet Under brings heavy groove in a big way with great, uncomplicated production that leaves plenty of space to headbang. While the album is a tad bloated at twelve tracks when ten would have done nicely that fact does not detract from the stellar nature of the whole. Highlight is the infectious groove of “In the Process of Decomposing,” a track that could lead to spontaneous moshing so do take care regarding your immediate surroundings. 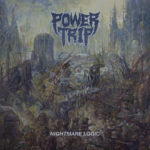 I had no clue who Power Trip was prior to receiving Nightmare Logic in my in-box from a PR firm all the way back in February. It didn’t take long before I was boldly predicting on my radio show that in spite of it being only February, I believe we’d heard the album of the year. The Texas band’s raw, brutal take on classic thrash is presented with a completely balls out, no apologies attitude that drips rebelliously from every pore of every track. As I held it up against every release afterward it continued to shine above the rest, a mighty task indeed. Highlight is found in “Executioner’s Tax, (Swing of the Ax)” that is one of the few songs that has ever made the ‘lose my shit category’ meaning that as soon as I hear the opening riff I lose my shit. Moshing commences. Wherever. The entire album is killer thrash played with a darkened ferocity that must be heard to be appreciated.