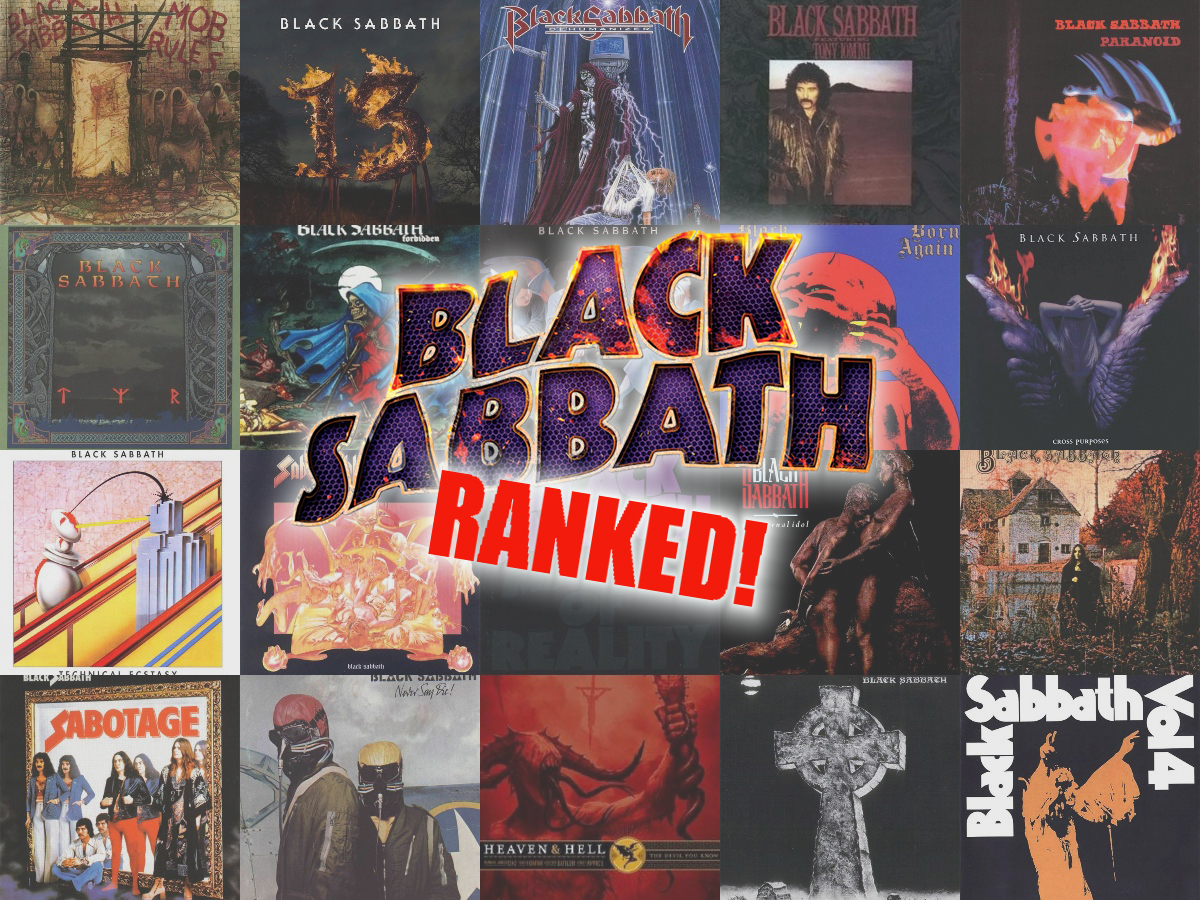 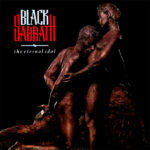 After the experimentation that was Iommi’s solo effort, Seventh Star, the band came back with a fairly strong effort in the form of The Eternal Idol. Some fans consider it the best non Ozzy/Dio effort. It would be the first of many albums to feature the highly underrated Tony Martin on vocals. Former Ozzy and Rainbow bassist, Bob Daisley climbed aboard for this record, and this would be the second and final album with Eric Singer behind the kit. The album opens with one of the band’s strongest tracks in the post Ozzy/Dio era, “The Shining”. This is followed by the beastly anthem, “Ancient Warrior”. Unfortunately the rest of the album doesn’t hold up as well as the opening songs. This is not to say there are not some strong tracks, like “Glory Ride”, but it’s not really anything one would hail as Sabbathy. Late 80s Sab felt much more like 80s Rainbow. The album was originally recorded with Ray Gillen on vocals, and those recordings are still floating around out there. 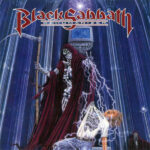 Grunge had become huge by 1992 and heavy metal was barely hanging on, but Geezer, Ronnie, and drummer Vinnie Appice recreated the Mob Rules lineup to record the band’s third record with Dio, Dehumanizer.  It could be argued that this record gets unfairly panned, perhaps because it’s notably different in many ways than Dio’s first two records with the band, but honestly, outside a few good riffs, the songwriting simply doesn’t hold up that well. The record has some of the band’s doomiest grooves in years and gives some sense of what Dio might have sounded like during the Ozzy era. “After All (The Dead)” is a prime example of this, and would have fit perfectly on ’71’s Master of Reality. “TV Crimes” runs more in line with the previous Dio era albums. “Buried Alive” is an absolutely raunchy and crushing number, while “I” and “Letters from Earth” are solid tracks as well. It was certainly the band’s heaviest and most sinister efforts in years. 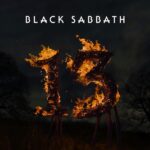 In 2001, the original Sabbath lineup began working on ideas for a new  record, but it would not come to fruition until over a decade later. This would serve as Sabbath’s final full-length studio album. Drummer Bill Ward dropped out before recording commenced citing contractual issues and Rage Against the Machine and Audioslave drummer, Brad Wilk, filled in ruffling many a fans metal feathers. Despite the controversies, Iommi and company came up with tracks that ring true to Sabbath’s 70s heyday.  The album is only 8 tracks deep, but nearly an hour in playing time. It’s a weighty and apocalyptic offering. Check out tracks like “Age of Reason” and “God is Dead?”  What brings 13  down is the horrid production job by Rick Rubin (Slayer, AC/DC, System of a Down). Rubin is a habitual perpetrator in the loudness wars, and his overly compressed and lousy mastering job made 13  somewhat muddled and difficult to listen to.

“13 is underrated,  I think because most people, like myself, gave a listen and then went back to the classics, but I know there are some good jams on it. It just needs Bill Ward.” 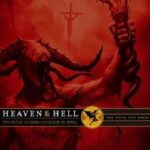 This album was recorded during a strange period for the band where Ozzy could not decide what he wanted to do regarding Sabbath, so Iommi and Butler once again reconvened with Dio and Appice for the fourth and final album from the Dio era. For legal reasons they could not use the official band name, but say what you want, whether you call it Sabbath or Heaven & Hell, this is still a Sabbath record. While it wasn’t quite as strong as Heaven and Hell or Mob Rules, it fulfilled the promise that Dehumanizer failed to achieve. Now late in their collective careers, the guys were in a better place to create new music, and The Devil You Know turned out some heavyweight material. Iommi served up some of his most monolithic riffs, and Dio’s final studio effort is delivered as a magnificent final statement on a brilliant career. 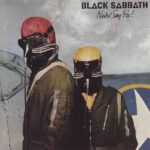 Despite my longstanding love of Sabbath, it was actually Never Say Die! that ended up being the first album I purchased by them. Who knew it would signal the end of the original lineup. The album’s opening tracks, “Never Say Die” and “Johnny Blade” are instant classics, but the rest of the album is fairly meandering. Ozzy hates the record and the band was in a haze of alcohol and drug use during its making. In listening to the album now it seems unfocused and lacking the soul of previous Sabbath albums. Ozzy left during the recording to deal with the death of his father, and Iommi began writing with a more blues oriented singer. Upon Ozzy’s return he refused to sing anything written from this collaboration which turned “Breakout” into an instrumental and left Bill Ward to awkwardly sing the album closer, “Swinging the Chain”.

Mikey Heppner of Priestess has a different take:

“Their most underrated album by far is Never Say Die. It’s the go-to LP that everyone shits on, and I sincerely have a hard time understanding why. I think Never Say Die is jam packed with amazing bangers, killer melodic vocal parts, great riffs. The band themselves talk it down all the time, but I think they must associate it with bad memories of the band breaking apart, and too many drugs, but it’s such a great album, their most dynamic and varied one, without any throwaway acousticy bits or junk like ‘FX’. ‘Hard Road’ and the title track pop into my head all the time. I love this LP so much.”

“Never Say Die! is one of my favorite Sabbath albums and I will defend its merits with my dying breath! I am convinced that this album is mostly hated because it’s not sufficiently evil for some metalheads. The band spends more time in major key tonalities than a typical Sabbath album, and the lyrics are correspondingly not very dark. Ok, so it’s not a doom album….GET OVER IT! The band was famously up against the wall, low on time and money and with very little material due to Ozzy returning and refusing to sing material written in advance with short-term replacement Dave Walker. The result, in my opinion, is a group of fantastic musicians opening the floodgates of creativity and making the music that came naturally to them at the time. There’s still some of what you expect from Sabbath. The intro riff to ‘Shockwave’ is one of Iommi’s greatest of all time. ‘Johnny Blade’ is a heavy, complex classic right up there with any other cornerstone track from Sabbath Bloody Sabbath or Sabotage. But what makes this album special to me is what makes it different. Sabbath was never more adventurous than on this album. The attention to detail and track layering is off the charts. Take note of how the layer’s build up on ‘Junior’s Eyes’ until they practically sound like a symphony by the end of the song. ‘Air Dance’ is perhaps the most beautiful music Sabbath ever put to tape. The entire band is performing at the height of their powers. There’s so much amazing music to appreciate on this album. Missing out on it just because it’s not what you expect from Sabbath or because it’s not an appropriate soundtrack for a night in the graveyard would be a real shame.” –Josh Schwartz, A Sound of Thunder

“Technical Ecstasy and Never Say Die have always seemed to have this weird stigma around them as these were not as heavy and considered more ‘rock’ but also as far as I recall Ozzy wasn’t around too much then and it showed in the final product but, these songs were pure fire as well, just a different vibe. Heavily underrated though, as tunes like ‘Backstreet Kids,’ ‘All Moving Parts (Stand Still),’ ‘Its Alright,’ ‘Rock and Roll Doctor,’ ‘Breakout,’ ‘Swinging The Chain,’ ‘Johnny Blade,’ ‘Junior’s Eyes,’… Oh my god just thinking about these two records not getting their proper due makes me sad now. These two were front to back the perfect send off for Ozzy to make Blizzard of Oz and Diary of a Madman (with the right people) and a great intro to the next era of Sabbath with Dio being Heaven and Hell. It seemed well designed for both careers to continue hindsight.” –Al Yeti Bones, Chief Gypsy Goliath