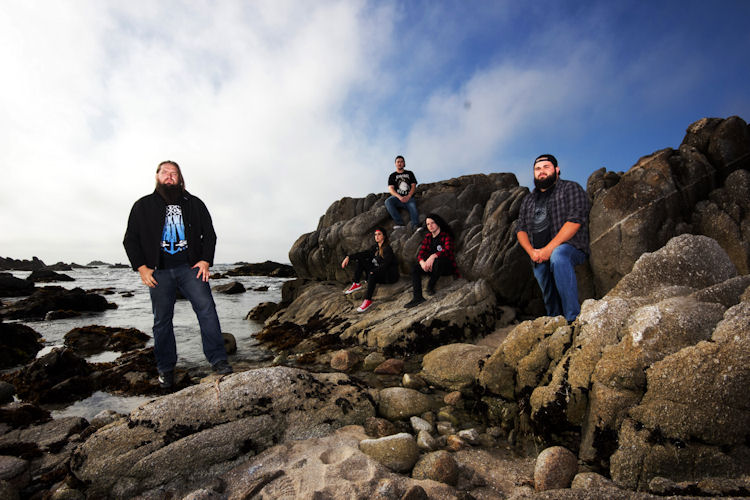 2017 has been a huge year for Manteca, California’s HellHeart. The band is still only in its nascent stage and they have already released a highly regarded EP, Where’s Your Heart At, and earned themselves the Best Metal Band Award at the Modesto Area Music Awards. They also signed with Southern California indie label Dead Sea Records. Not too shabby for a band that has yet to see its first birthday.

The quintet’s sound is a fusion of metalcore, modern metal, and hardcore. The band is fronted by the vocally aggressive Alie Grabowski, who earned her own Best Vocalist award at the Bands4Bands awards. Alie is able to deftly move between harsh and clean vocals, and helps give HellHeart a signature sound. She is backed by the rhythm section of bassist Jeff Amador and drummer Kevin Nelson, along with the guitar duo of Eddie Callow and Jess Gilmore.

Earlier this year, the band dropped its debut video for the track, “King’s Cup” which has already garnered over 14,000 views.

Before the band even had the ink dry on its logo, they were headed south to Mexico to perform. Immediately following their tour to Mexico, HellHeart from Modesto California unleashed its six-song debut EP. Released on Halloween, Where’s Your Heart At, was recorded at Ashtone Audio in Sacramento and produced by Matt Thomas. The album artwork was done by Jess Gilmore with photography by Julian Aguilar.