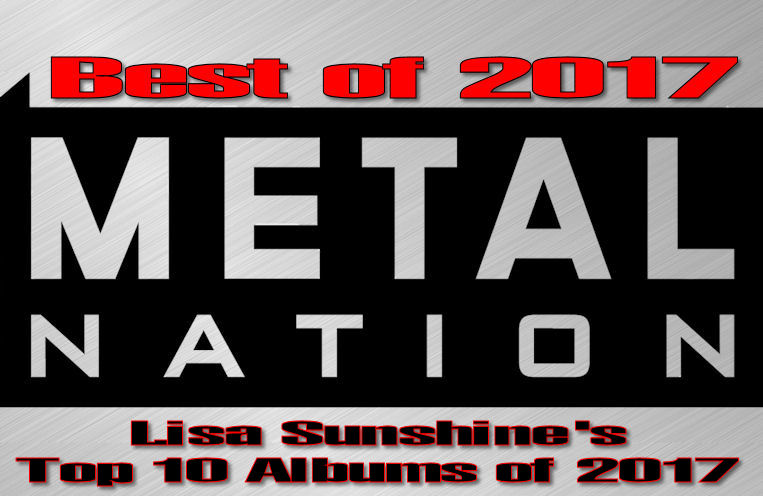 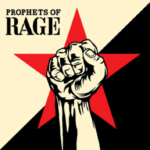 Released on September 15, 2017 and produced by Brenden O’Brien, American rap rock supergroup Prophets of Rage‘s self-titled album brightly comforted aggravation of citizens fed up with affairs of the state. Tom Morello (Rage Against The Machine/Audioslave/Harvard graduate with a BA in Political Science), Chuck D (Public Enemy), Brad Wilk (Rage Against The Machine/Activist), DJ Lord (Public Enemy), Tim Commerford (Rage Against The Machine/Audioslave) and rapper B-Real (Cypress Hill), have performed for over 2.5 million people on 3 continents since their conception this past spring. Their brand of politically infused “combat rock” proves social injustice creates a dynamic canvas of musical truth. Not supporters of Trump, and directed by Michael Moore, the anthem of “Unfuck The World” resonates with all those enraged by the current state of the nation. 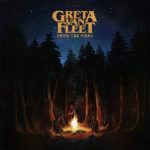 Brothers Josh, Jake and Sam Kiszka along with childhood friend, Danny Wagner on percussion have transformed their listeners back to the days when “The Hammer Of The Gods Rock” reigned supreme. Painted with contrasting and terraced translucent spills of musical influence from the blues, folk, and psychedelia genres they are musically wise beyond their years. Oldest members (twins Josh and Jake) barely of legal drinking age, and their remaining members too young to order, expound mature old soul flavor by transporting their listeners on wild and new intergalactic musical adventures reminiscent of yesteryears. It’s as if Led Zeppelin, Kingdom Come, The Doors, and Deep Purple had a millennial “Love-Child” and we can’t wait for this child to truly bloom. Transcendent by nature and time, From The Fires was released November 10th and produced by Al Sutton (Kid Rock/Sheryl Crow) and Marlon Young (Kid Rock/Uncle Cracker/Lynyrd Skynyrd). 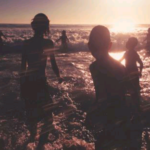 Released on May 19th, through Warner Bros. and Machine Shop, One More Light  is the bands seventh and was primarily produced by band members Brad Deleon and Mike Shinoda and features Pusha T, Stormzy, and Kilara. The album debuted at number one in several countries and is the final Linkin Park disc before the unsettling death of frontman Chester Bennington on July 20th of this year. Considered “The heart of the album”, this gut wrenching single, “One More Light” was written by Shinoda and Eg White (Will Young/Adele) and recounts the loss of a friend. It is known by common knowledge that Bennington instantly became overwhelmed with grief upon news of the untimely death of Chris Cornell (Soundgarden/Audioslave). Many nights Chester dedicated this song live. It became very difficult for him to get through as emotion consistently poured rampant, coping problems strongly emerged. Discovered by his housekeeper, Bennington tragically took his own life apparently by hanging himself on Cornell’s birthday in his Palos Verdes Estates home in SoCal. We wept. 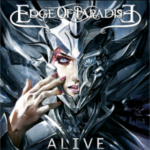 Based in LA, Edge Of Paradise was founded by monster guitar shredder Dave Bates and Margarita Monet in 2011. “Alive”, backed by Universal and released on March 10th under the Pure Steel Reconds/Soulfood labels, was produced by Chuck Johnson (Korn/Slipknot) and mixed by titans Michael Wagener (Dokken/Accept/Ozzy), Jay Ruston (Anthrax/Steel Panther/Meatloaf) and Mike Plotnikoff (All That Remains/Fear Factory/Scorpions). Margarita is an accomplished pianist and her vocal range is a hauntingly unaltered heavy metal delight. She is symphonically mesmerizing and dynamic. Experiencing her live backed by Bates, Nick Ericson on bass and John Chominsky on drums is the most fantastic treat in modern female operatic metal live performances I have witnessed this year. This band is on the very verge of something HUGE, we all feel it. 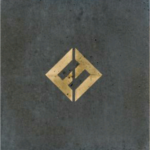 The “John Lennon of our time”, Dave Ghrol hits it out of the park along with band mates Chris Shiflett lead guitar), Pat Smear (rhythm guitar), Nate Mendel (bass), and Taylor Hawkins (drums). Concrete and Gold has a huge progression metal sound and choruses that soar the listener flying into space directed at unexpected lands. Recorded at Hollywood’s EastWest Studios and produced by Greg Kurstin. Touted as “Motorhead’s version of Sgt. Peppers” by Ghrol. Concrete and Gold is the band’s ninth album and immediately grabbed the number one spot on the coveted all-genre Billboard 200. Guest heavyweight featured talent include Sir Paul McCartney playing percussion on ‘Sunday Rain’, Justin Timberlake on “Make It Right” and Boyz II Men‘s Shawn Stockman guest vocal on the title track.