Interview: MINDMAZE vocalist Sarah Teets on the strength of ‘Resolve’ 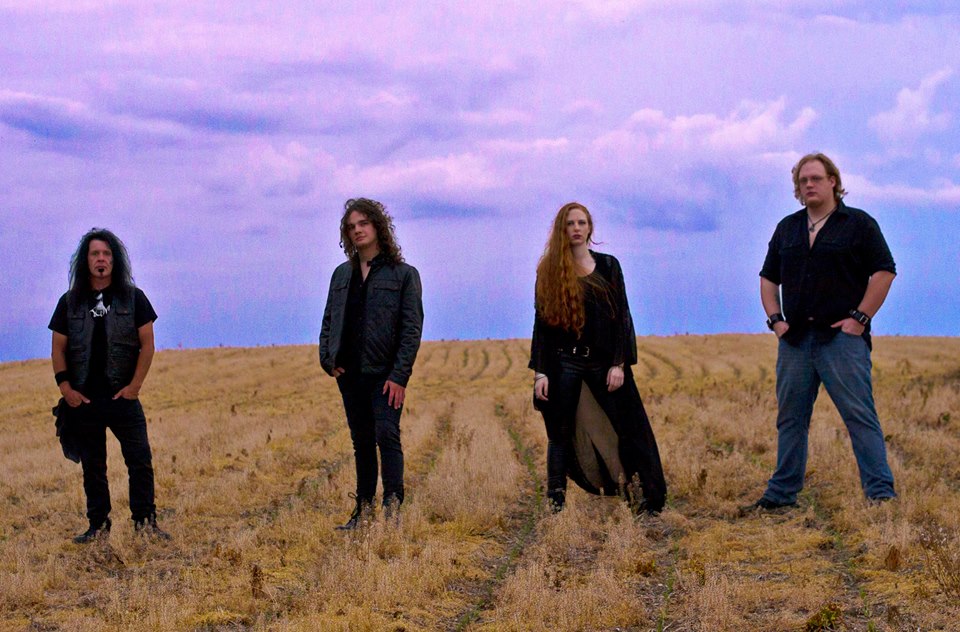 Progressive-power metal quartet, MindMaze, celebrates its fifth anniversary with the release of its third full-length studio album, Resolve, and its first proper North American tour. The Pennsylvania-based group is founded and led by siblings Jeff and Sarah Teets: Jeff is the unit’s guitarist and principal composer, while Sarah serves as vocalist and primary lyrical conceptualist. MindMaze released its debut album, Mask of Lies, in 2013. The album received strong critical praise and earned the band a devoted following. Bassist Rich Pasqualone left the group briefly following the debut release, and Symphony X bassist Michael Lepond handled the low end duties on the MindMaze’s breakout sophomore release, Back From the Edge. The record saw the band’s stature grow tremendously on the strength of the album’s songwriting and stellar performances. The quartet, which features new drummer Mark Bennett, also released its Dreamwalker EP which included a duet with Urban Breed (Serious Black, Project Arcadia) as well as covers of W.A.S.P., Savatage, and Pat Benatar.

On April 28, MindMaze released Resolve, the band’s first concept record. The album looks at loss and human emotion across 13 stunning tracks. Resolve, which features Pasqualone’s return to the fold, finds the band continuing to mature, and is already garnering rave reviews and “Best of 2017” buzz. This week, Metal Nation caught up with Sarah Teets on the eve of the band’s 4-show record release celebration. She talks about how Resolve came about, the challenges of writing a concept record, and how the album pushed her as a vocalist.

Jeff Teets has long imagined creating a concept record. Some of the albums that have most influenced him as a writer and guitarist are concept records. As he and Rich began working on the music for what would become Resolve, it seemed clear that the new music seemed suited to a thematic album, and the idea took root.

“[Resolve] certainly wasn’t a concept album like a rock opera in the sense that there are characters, and you are following along with these characters,” offers Sarah. “It’s definitely told from the perspective of one person and inside one person’s head. It kind of follows the progression of what you go through with when you’re dealing with emotional loss, whether that is like a break up–romantic break up…I don’t want to say this is the break-up album, because it’s not just about something like that. It could be about a romance break-up, but it was also inspired by things that happened with us parting ways with our original drummer, Kalin. That played into it too. It’s not specifically about any of those things, but it just kind of outlines what you think about and what you go through mentally from the moment of impact of the news hitting you–this is what’s happening, to how you try to process it, to how you realize you have to be strong and you’ve got to get past it, to this is how I’m going to move forward, to feeling like it’s totally hopeless and you can’t move forward, to actually picking up the pieces and being like ‘No, I’m gonna be better for this. I’ve learned from it.’ Generally speaking, that’s what it’s about. we didn’t write a story in the front of the album or anything because we wanted to be able to interpret some of the things about it in their own way and how it might apply to them or the experiences they’ve had.”

Each of MindMaze‘s album’s has seen Sarah finding and pushing the limits of her vocal abilities. With Resolve, she had the opportunity to push and challenge herself more than ever before.

“After every album I’ve always felt proud of what I did,” confides Sarah, “but when we got to the end of this one I was really like ‘Yeah.’ I think in the past, the first two albums, especially the first album, Mask of Lies, with us having so little experience with recording, I was kind of timid with what I was doing.  I was kind of afraid to really lay the cards on the table because I didn’t really know what to expect. Five years ago I wasn’t as familiar with my own limitations or strengths, and the nuances of my own voice. So over the past five years I’ve honed in to what I’m kind of good at or what I’m capable of a bit more. Now I feel more comfortable with trying to go for certain things. So with this album, I definitely felt when we were done that I laid all the cards on the table: Every performance on the album is the best performance I could give. It’s all there.  So I was definitely really proud of this album. I feel like the most challenging thing about it was since it’s going up and down on this emotional roller coaster throughout the concept, so do the vocals and so do the style of songs.”

You can check out the full interview with Sarah below and she talks about some of the songs on Resolve, the challenge of writing lyrics for the album’s concept, and dealing with someone who had been a supporter of the band uploading the album to a torrent site prior to the album’s release. She also discusses making the band’s first ever video, “Sign of Life.”