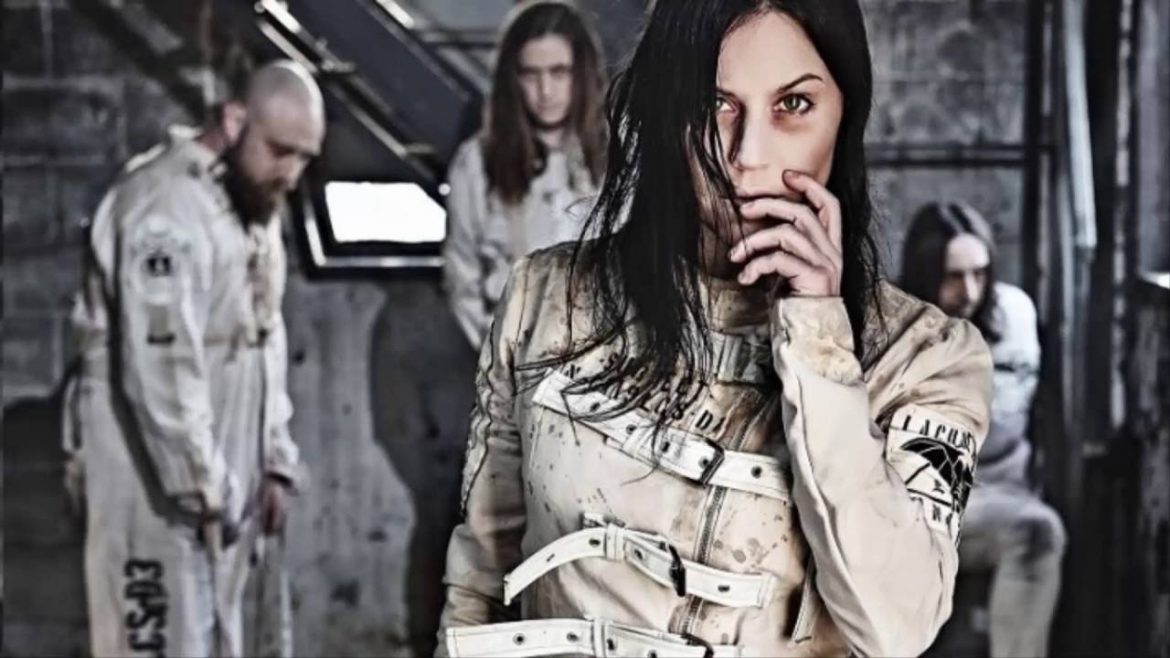 This fall, Italy’s Lacuna Coil will return to North America for a series of co-headline dates with Epica on The Ultimate Principle Tour. The band is touring in support of its critically acclaimed eighth studio album, Delirium. The Gothic metal heroes were founded over two decades ago by vocalist Andrea Ferro and bassist Marco Coti Zelati. The band brought in Cristina Scabbia two years later to add female vocals to the mix. The line-up is rounded out by drummer Ryan Blake Folden and new guitarist Diego Cavalloti. Scabbia recently spoke with Metalholic about the upcoming tour and her thoughts on the new record, mental illness, and more.

Lacuna Coil is currently on tour in Europe, and Scabbia is currently battling a minor case of bronchitis, but as is her nature, the feisty vocalist keeps it all in positive perspective. “The glass is half full, always.”

In September, the band will team up with symphonic metal stalwarts, Epica and death metal prodigies, Insomnium.

“We’ve known Epica forever, and we’ve played at some festivals in the past, but we’ve never done a tour together,” shares Scabbia. “It will be my first time seeing Insomnium. I’ve heard some of their music online and I actually like them, so it’s going to be an interesting tour.” Fans can count on a healthy dose of the new album, Delirium, when the band hits North America. “Of course this will be the main focus, but we will not forget the classics that our fans want to hear.”

The concept of the Delirium album focuses on the issues of mental illness. Scabbia admits that it is a theme that strikes a chord within the band and its extended family.

“The inspiration on this record came from real life. Some of us have been experiencing mental illnesses within the families. For example, I have been very familiar with centers of cure, and that’s why we chose this topic on this record. It’s nothing that we chose because it was cool, or like ‘Oh, it’s going to be creepy,’ and we can create a sort of visual aspect around it. It was based on reality. Of course part of it was fictional, but it was very, very inspired by real life. So we visited modern centers of cure for mental illnesses, but we also visited abandoned sanitoriums, mostly around Milan.”

The issue of mental health and mental illness has been prominent in the music press of late with the recent suicides of Chris Cornell and Chester Bennington. It remains a topic that most people prefer to avoid, but Lacuna Coil attempts to attack it head on with Delirium.

“I think there is a stigma because we don’t know much about it,” offers Scabbia. “It’s hard to connect with people who are severely mentally ill. Also, if you think about mental illness, it’s such a deep and vast field, from depression to dementia to people that are damaged because they had cancer or chemotherapy. There’s so much to it and it’s really hard to understand people who are severely hit by mental illnesses. So I don’t judge. Of course, I know what I know from my point of view and from my experience, but I’ll never talk sh*t about people who are depressed or commit suicide, only because it’s hard for me to relate. Sometimes it’s easy for people to judge other people just because, ‘Oh I can’t understand why it happened. I would have never done this.’ Yeah, you would have never done this because you don’t understand what they are going through. You’re not in their heads. You don’t know what they’re experiencing. It’s a really hard topic to choose, and when we did Delirium, it was really important for us to treat it in the most respectful, delicate way possible.”

Delirium marked a new era for Lacuna Coil with a number of firsts for the band. Marco Coti Zelati, who serves as the band’s primary composer also handled production on the new record. The album also signaled a changing of the guard with new members joining the line-up. In many ways Delirium is unlike any previous album the band has recorded.

“It was great to do everything in Milan, and it’s happened before,” notes Cristina. “We’ve recorded a lot of parts from our previous records in our hometown. I think the biggest difference was Marco producing the record. We’ve been able to do everything without influences from outside. Every time you include a producer, it’s not that it’s going to change the sound, but obviously they will come up with ideas and you will talk about things, and you will somehow maybe change things, just because you will see a different point of view. This is why a producer comes in. With this one, we took the risk. We felt ready to do it ourselves after so many records and the experience we’ve gotten, we figured why don’t we do everything ourselves just to see what comes out from what we’ve learned. I’m really happy with this experience.”

The risk the band took on Delirium has paid off. The album is one of the most powerful in Lacuna Coil’s catalog.

“It makes us feel good that people understood what we wanted to say,” offers Scabbia. “It’s not easy to deliver such a strong topic in a way that would not offend other people. It is also harder for bands to deliver new records, especially now that there are so many bands around, and try to keep the purity in the songwriting without being influenced by what the fans will think about the record. I’m happy that we did it, because at the end of the day we have to live with this record. We have to play these songs live, so we have to like them. We have to love each and every word we sing, and every single note that we play.”

You can check out the full interview with Cristina Scabbia below as she talks in-depth about Delirium and the band’s Christmas song, “Naughty Christmas.” She even reveals her worst hangover ever. Catch Lacuna Coil on tour this fall with Epica, Insomnium, and Elantris.