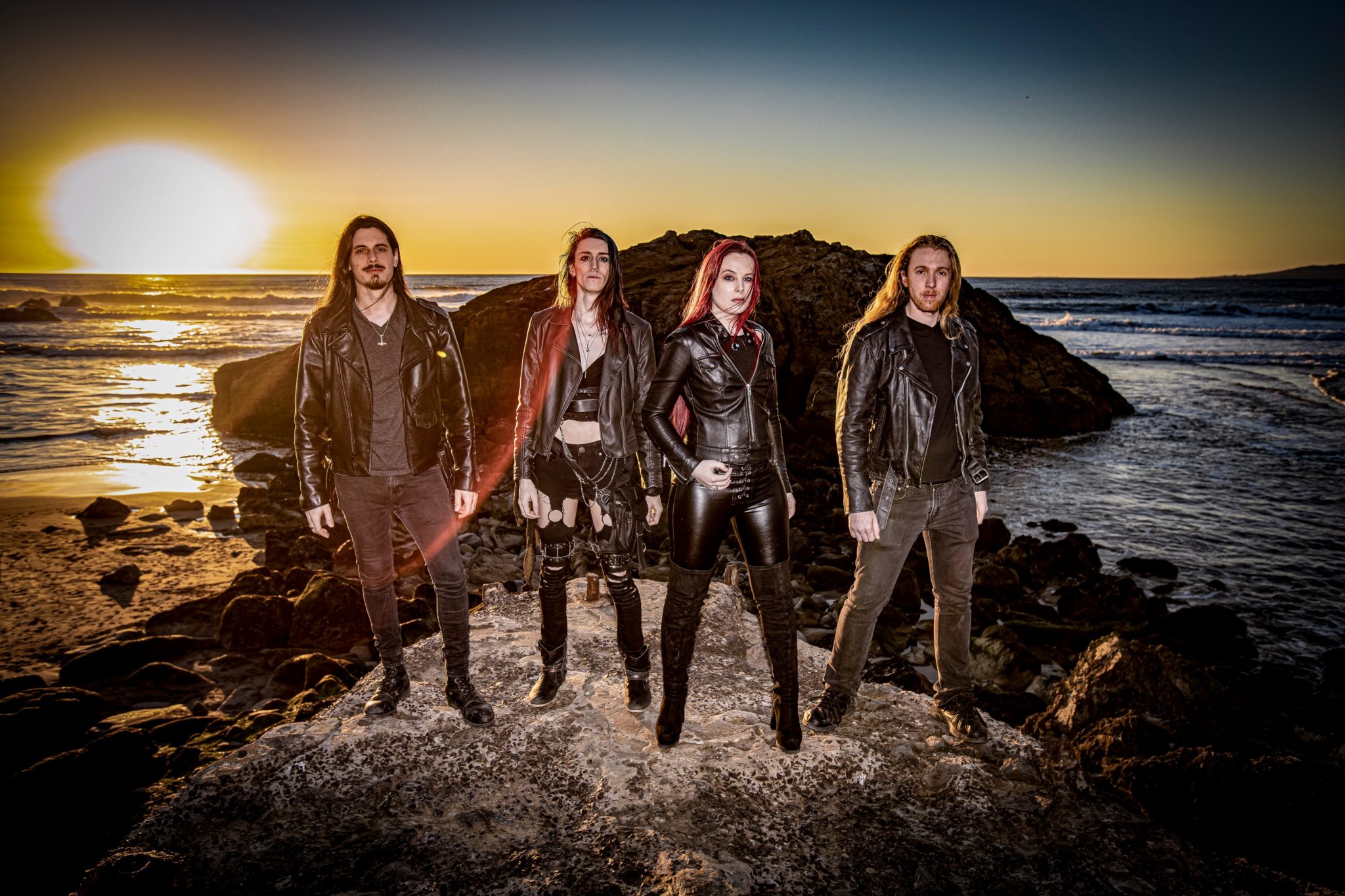 Exactly four years ago, I had the good fortune to experience Sacramento’s Graveshadow live. The band’s performance cemented them in my mind as one of the best new underground metal acts in North America. In the time since that show much has changed within the band, but the quality of music has not. Guitarist William Walker formed Graveshadow in 2012. After releasing a debut EP in 2014, the band dropped its crushing debut Nocturnal Resurrection in 2015. The group’s sound initially showcased symphonic and gothic metal infused with power, death, thrash, and even doom elements. Their lyrical concepts have been primarily fantasy based.

In 2018, Graveshadow unleashed its sophomore album, Ambition’s Price. The album received many a Best of Year nod and found the group’s sound move further towards power metal and somewhat away from its gothic roots. It marked the debut for lead guitarist Aaron Robitsch (Crepuscle, Niviane) who also handled keyboard duties on the record. The album featured more accessible moments. They placed an emphasis on layered vocals, which along with production by Armand John Anthony (Night Demon), gave the record a more epic feel.

Despite the positive response to both records, Walker and Robitsch soon found themselves the lone remaining members of Graveshadow as the others stepped away to pursue personal ventures. The two were set to bury the band in its namesake grave shadow and begin a new project. Then through a bit of fate, the duo discovered former Shokker vocalist Rachl “Raxx” Quinn. Her powerful voice convinced them to resurrect Graveshadow, and after tapping Luci Rae to handle bass duties, the quartet set to work on creating new music. The first song revealed by the new line-up, “Gwynnbleidd” relates to The Witcher series made popular on Netflix.

This week, Metal Nation connected with all four members of Graveshadow to chat about the current state of the nation, the new single and forthcoming EP, what fans can expect from the band’s new line-up, and much more. Check out the full interview below as well as the new song, “Gwynnbleidd”.