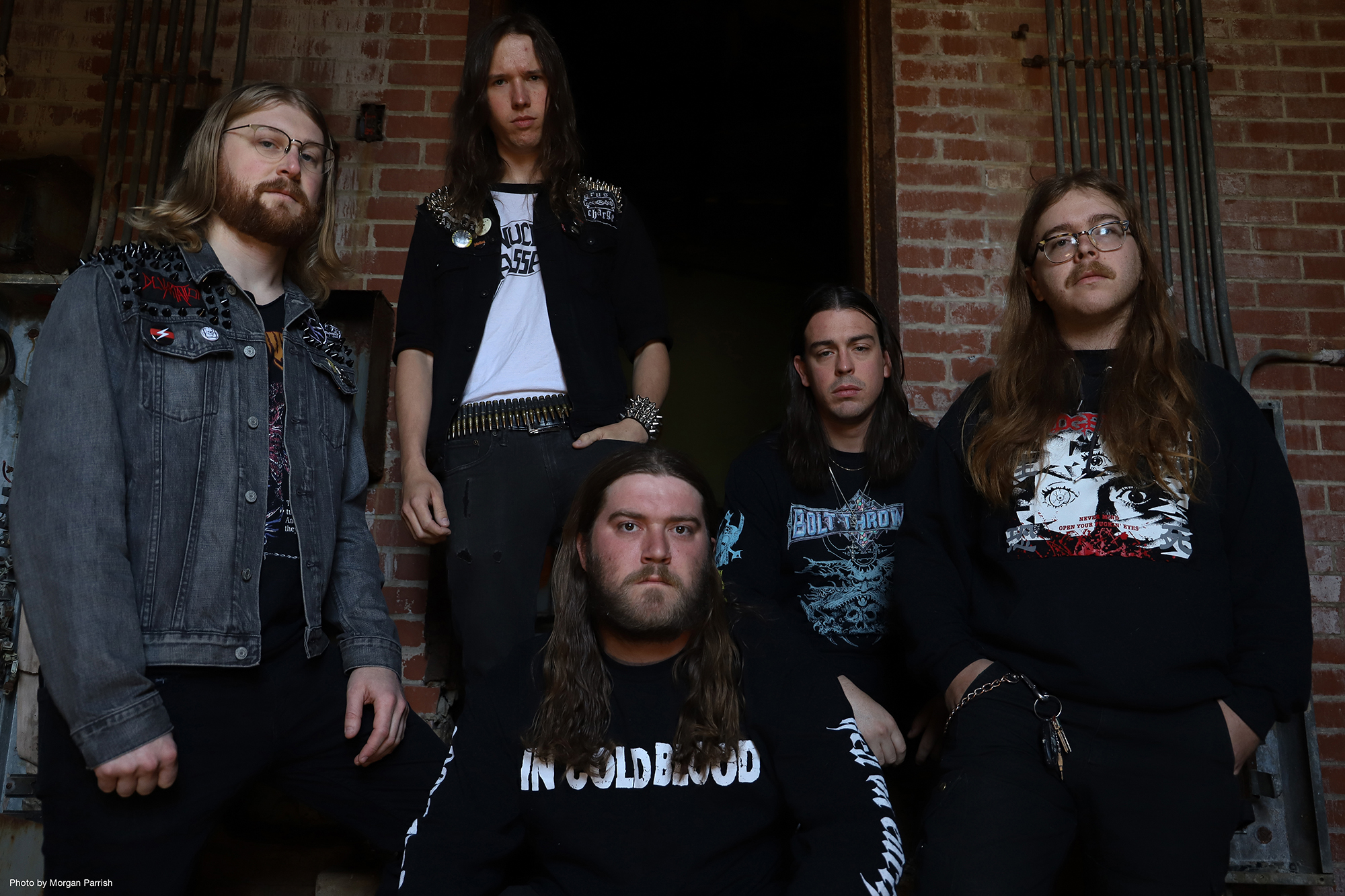 It has been a long time coming, but Enforced has finally unleashed its sophomore album, Kill Grid today, which is already being hailed by several critics as a year-end, best of contender. The record is the band’s Century Media debut, and represents a milestone for the Richmond, Virginia based crossover-thrash lunatics.

Enforced formed in 2016 with vocalist Knox Colby and guitarists Will Wagstaff and Zach Monohan upfront, and bassist Ethan Gensurowsky and drummer Alex Bishop serving as the triturating rhythmic anchor. The quintet unleashed a set of highly regarded demos early on and fans snapped them up so feverishly, the group finally combined them into their independently released debut record At the Walls in 2019, adding in a couple of new tracks as well.

With Kill Grid, the band has taken everything to the next level in terms of cohesiveness and dynamics, as evident in the album’s first three singles; “Hemorrhage,” “Malignance,” and “Curtain Fire.” Each of these tracks are absolute crushers, and the rest of Kill Grid is equally strong. With the release of Kill grid, the band also unveiled a fourth single, “UXO” of which Knox offered:

“This song is lyrically self-explanatory. “It’s about the cluster bombing of Laos during the Vietnam War. The main focus of the lyrics are about the cultural impact that the unexploded ordnance (abbreviated UXO) has had over the last 50 years. Over 20,000 people have died accidentally from stepping on these bombs that are the size of a softball and scattered over the entire country, which is predominantly covered in dense jungle (last I checked, 35% of the country is still contaminated with UXO). It’s an issue the United States has only recently owned up to, but the government won’t apologize for; it’s shameful.”

Guitarist Will Wagstaff on the music:

“When this song was written I was listening to 2 specific songs on repeat. ‘Dying’ by Obituary and ‘Corporal Jigsore Quandary’ by Carcass. Both tracks are just so driving with the double bass and grooviness and I wanted to try to write something somewhat in that vein.”

This week, Knox Colby took to Zoom to check in with Metal Nation and talk about the making of Kill Grid, and much more. You can view the video interview here or watch it below.