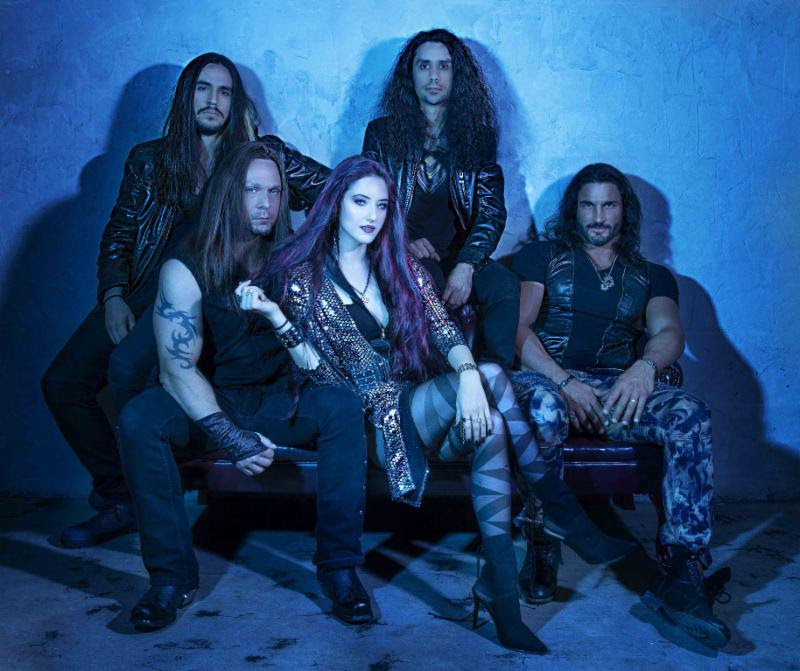 This has been long overdue for fans of LA’s Edge of Paradise, but finally a record label wised up and snapped up one of the best unsigned bands in the hard rock/metal genre. This week, Frontiers Music Srl announced the signing of the melodic metal quintet to a multi-album deal.

Formed by singer Margarita Monet and guitarist Dave Bates in 2011, Edge of Paradise debuted on the scene a few months later with Mask, an album of industrial-tinged metal coupled with soaring vocal hooks, which was warmly received by critics and fans alike.

After the release of Mask and touring all over the West Coast, the group immediately began writing another album. By 2013, the band had started recording with Grammy Award winning producer Bob Kulick (Kiss, Motorhead) and working with the legendary Michael Wagener (Metallica, Ozzy Osbourne, Skid Row) on the mix of their new songs. Perfect Shade Of Black EP was the result of these sessions. The EP received rave reviews, painting a vivid picture of the bands staggering growth.

2014 served as a heavy touring year for the band and after gigging heavily around the U.S., the band managed to record and release their second full length studio album, IMMORTAL WALTZ. Produced and recorded by Michael Wagener, the album was released in May 2015 and right away the album started to receive great reviews from critics and fans alike.

Come March 2017, Edge Of Paradise released a 5 song EP, ALIVE, which was produced by Chuck Johnson (AFI, Riddlin’ Kids) with tracks mixed by Jay Ruston, Mike Plotnikoff, and Michael Wagener. ALIVE entered the BILLBOARD charts on the New Artist and Current Hard Rock Albums charts, while also reaching #1 on Amazon and Top 40 on iTunes respective hard rock/metal album charts during the first week of sales. ALIVE received continuing rave reviews and LA’s revered rock station, KLOS gave “Shade Of Crazy” some love on their airwaves. Loudwire premiered the band’s music video for “Mystery”, which was voted into the Top 5 videos on Loudwire’s Battle Royal for 10 weeks in a row. Edge Of Paradise also made their international debut at Femme Festival in Holland and recently played in Japan in support of the ALIVE EP.

The new album, Universe is currently being completed now with Mike Plotnikoff (Halestorm, In Flames, Buckcherry) producing and mixing set to be handled by Jacob Hansen (Amaranthe, Volbeat, Pretty Maids).

Check out their music video for the tracks, “Alive” and “Shade of Crazy” for a taste of the band’s style: