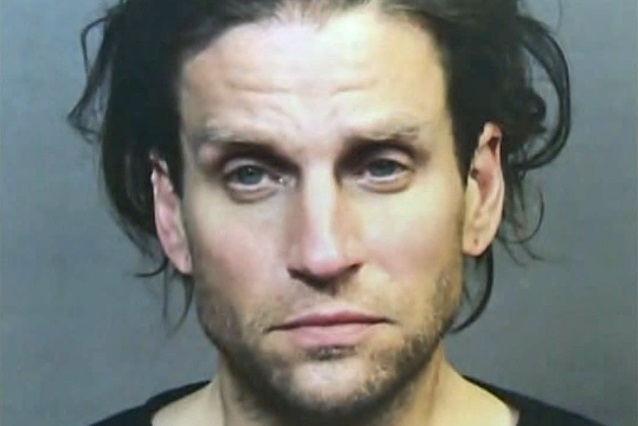 According to CBS Los Angeles, American Head Charge’s Cameron Heacock has been arrested after he was found to be in possession of more than a dozen stolen guitars.

Costa Mesa police the 40-year-old frontman was pulled over Wednesday after allegedly driving a stolen van out of a Motel 6 on Harbor Blvd. Detectives say the van was packed with stolen property. Authorities say the investigation led to a storage space where more stolen merchandise was discovered.

Thirteen guitars — among them a Gibson Les Paul and a Fender Stratocaster — and a motorcycle were among the items uncovered. Nine of the instruments were taken from Guitar Center in Fountain Valley, according to investigators. Employees say more than $10,000-worth of gear has been returned.

This isn’t Cameron‘s first run-in with the law as he has several drug related charges on his record. Heacock remains in custody at Central Men’s Jail in Santa Ana. His first court appearance is scheduled for later today (Friday, April 13).

The group’s bassist Chad Hanks passed away last November at the age of 46. He had reportedly been battling a terminal illness in the months prior to his death.

Hanks is not the first member of American Head Charge to die at an early age. 2005 saw the tragic passing of guitarist Bryan Ottoson, who died of an accidental prescription drug overdose while on tour in support of The Feeding album.