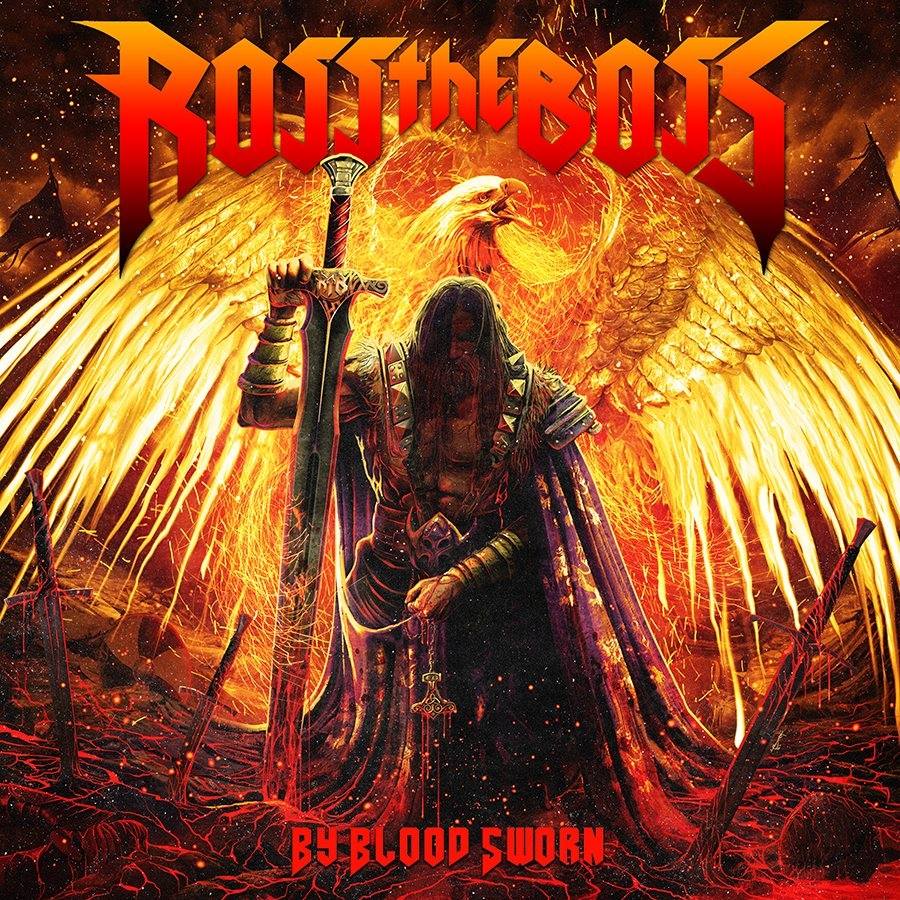 Ross the Boss – By Blood Sworn

A summoning by Ronnie James Dio, the Holy Diver himself, led to an introduction between Ross ‘the Boss’ Friedman and Joey Di’Maio. The duo would go on to form the revered and trendsetting Manowar. In 1988, after six historic albums, Friedman and Manowar had a difference of opinion and went their separate ways.

Ross went back to his roots with his other revolutionary band, the pioneering punk outfit, The Dictators. After a 20 year journey, Metal called him back. He recruited like-minded musicians based out of Germany, and started his own eponymous band, Ross the Boss. In 2008, they unleashed New Metal Leader, his first metal record since Manowar’s seminal 1988 offering, Kings of Metal. Ross the Boss followed up with the band’s 2010 sophomore effort, Hailstorm.

Since then, Ross has regrouped his band with new members, and relocated back home to New York. Working with the legendary bassist Mike LePond (Symphony X), they present us with By Blood Sworn. 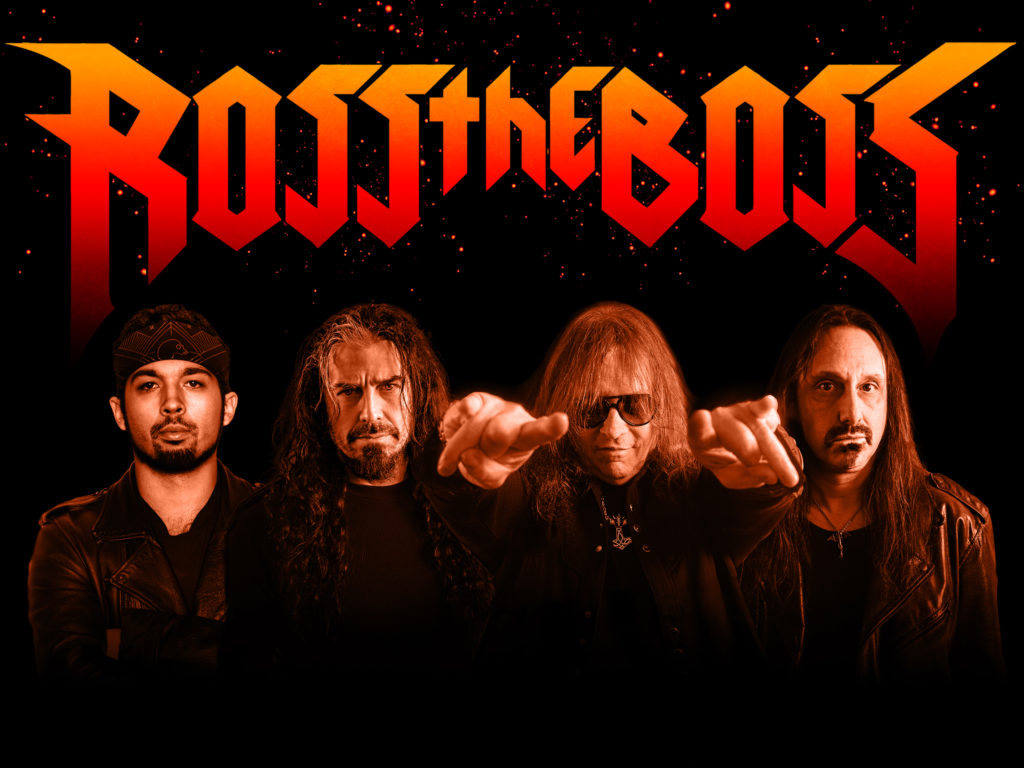 The album opens with the title track, as ripping vocals lead the charge off the bat. The main riff is reminiscent of classic Manowar, and the chorus is memorable. Bass player Mike LePond does a lovely run right before the first solo, and the song has its fair share of contrast.

The main riff and the chorus are seriously addictive in “Among the Bones”. The breakdown in the middle cuts everything in half as it slowly builds up again into that satisfying riff, and right into the hooky chorus. Some dark lyrical themes are explored. The drums are well-executed on this song.

“This is Vengeance” is the lead single off the album, and it makes sense. Marc Lopes is such an incredible singer, and he gets to showcase his range in this song. The second solo against the classical guitar, hypnotic bass, and fluid drums, display the band’s impressive songwriting prowess, as well as their technical capability.

“We are the Night” probably has my favorite riff on the album, and the chorus is like a drug. The breakdown in the middle, and the overall orchestration and layering of the instruments and sounds, make this quite an original song.

Somebody must have said that there aren’t any great Heavy Metal ballads anymore, so Ross the Boss was like, “Here, hold my beer,” and gave us “Faith of the Fallen”. Produced just right, it trusts the guitar and the acoustics of the drums and piano. It doesn’t berate the audience with keyboards masquerading as other instruments. A lot of heart in this song, as the guitar is wonderfully soulful.

A jamming song, the fist pumping “Devil’s Day” is a little thrashy. Short and quick, clocking at around three minutes, the riff and chorus, as per the trend so far on this album, are strong and memorable. Maybe it’s my imagination, but there seems to be an early rockn’roll/soul/R&B influence, gospel even; great song.

“Lilith” is a dark song, as its’ moody groove takes you on a dark journey that, at times, is reminiscent of Black Sabbath. This piece immediately reminds you who’s manning the thick strings, as the bass tone pulses its rhythm right into your blood and limbs. The bass leads this 7+ minute composition.

“Play Among the Gods” might be under 4 minutes, though packs an epic punch, with a great build up and tom play and a ridiculously fun chorus.  The main riff gets the blood pumping, and outro’s the song beautifully, giving the listener quick one two hits at the end. So good!

“Circle of Damnation” is another cut that sports a catchy chorus and an infectious verse riff.  The song once again shows why Mike LePond is such a highly esteemed bass player. The whole groove of the song is a modern take of a late 70’s party rock song.

“Fistful of Hate” answers the question,’ what would an Ennio Morriconei heavy metal song sound like?’ Utilizing sweet chromatic scales, the song employs more than the great Italian composer for inspiration, as it delivers another gem from this great album.

The digipak has 3 bonus tracks, re-recordings of Manowar songs, including the ultra-classics “Hail and Kill” and “The Oath”.

This is a silent masterpiece chock full of great songs, as each cut is laden with catchy choruses, memorable riffs, great arrangements, and exceptional musicianship. The lyrical content is dark and though still remaining true, wisely steps away from the traditional Manowar vocabulary of swords and steel. The production sound by producer Dean Rispler (at Cannon Found Soundation studio) is large and warm, the layering subtle and refined, and the acoustics are natural. The drums sound great; the high-hat, ride, and crash sound off a golden resonance, as the metathesis works well with the rest of the music. The toms are nicely audible, and the bass drum is also warm and bottom heavy, resulting in a big sound, especially against the snapping and dynamic snare. 2018 is shaping up to be a great year for metal, and By Blood Sworn is worthy a listen, and should be a definite purchase! 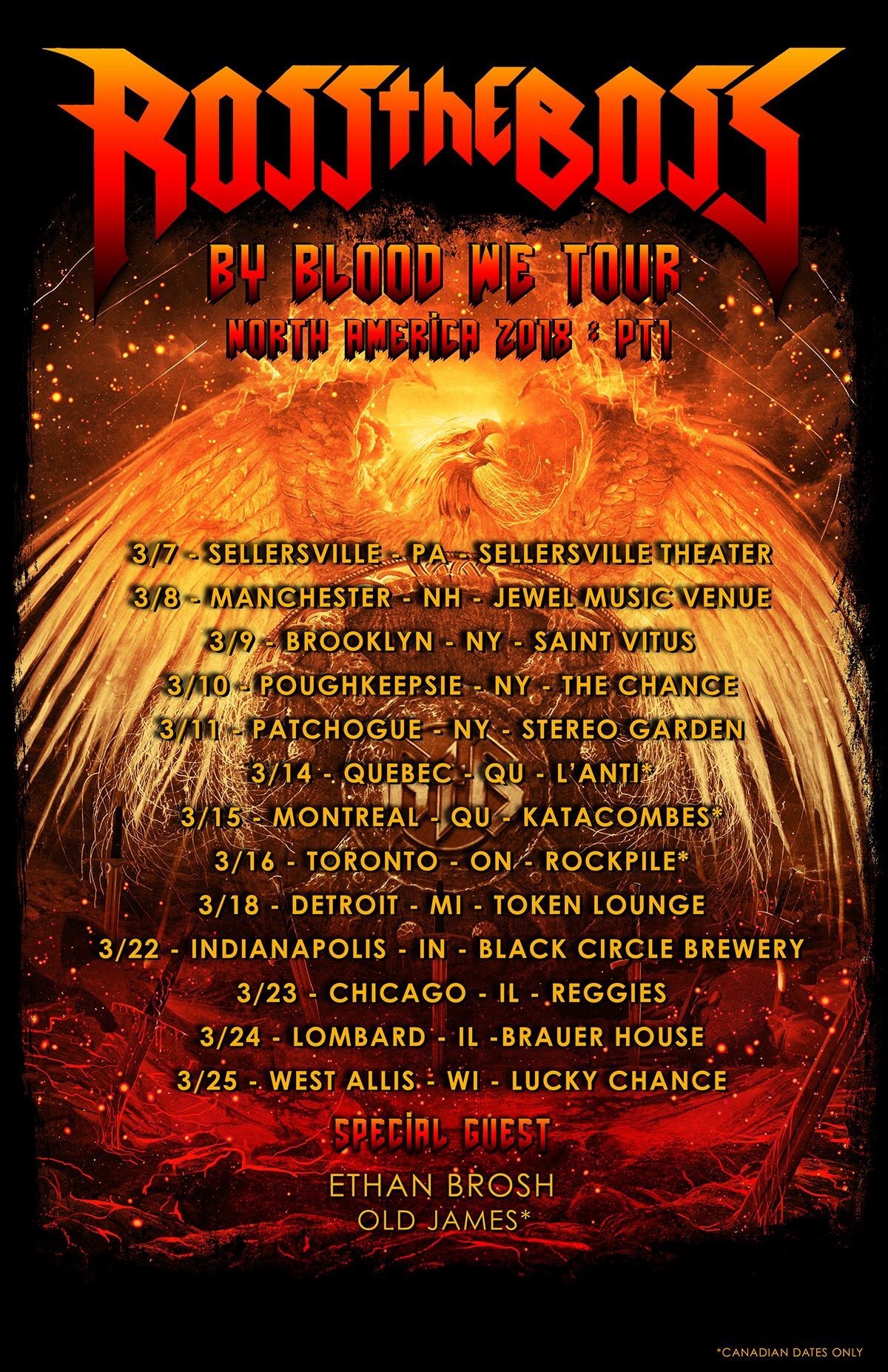