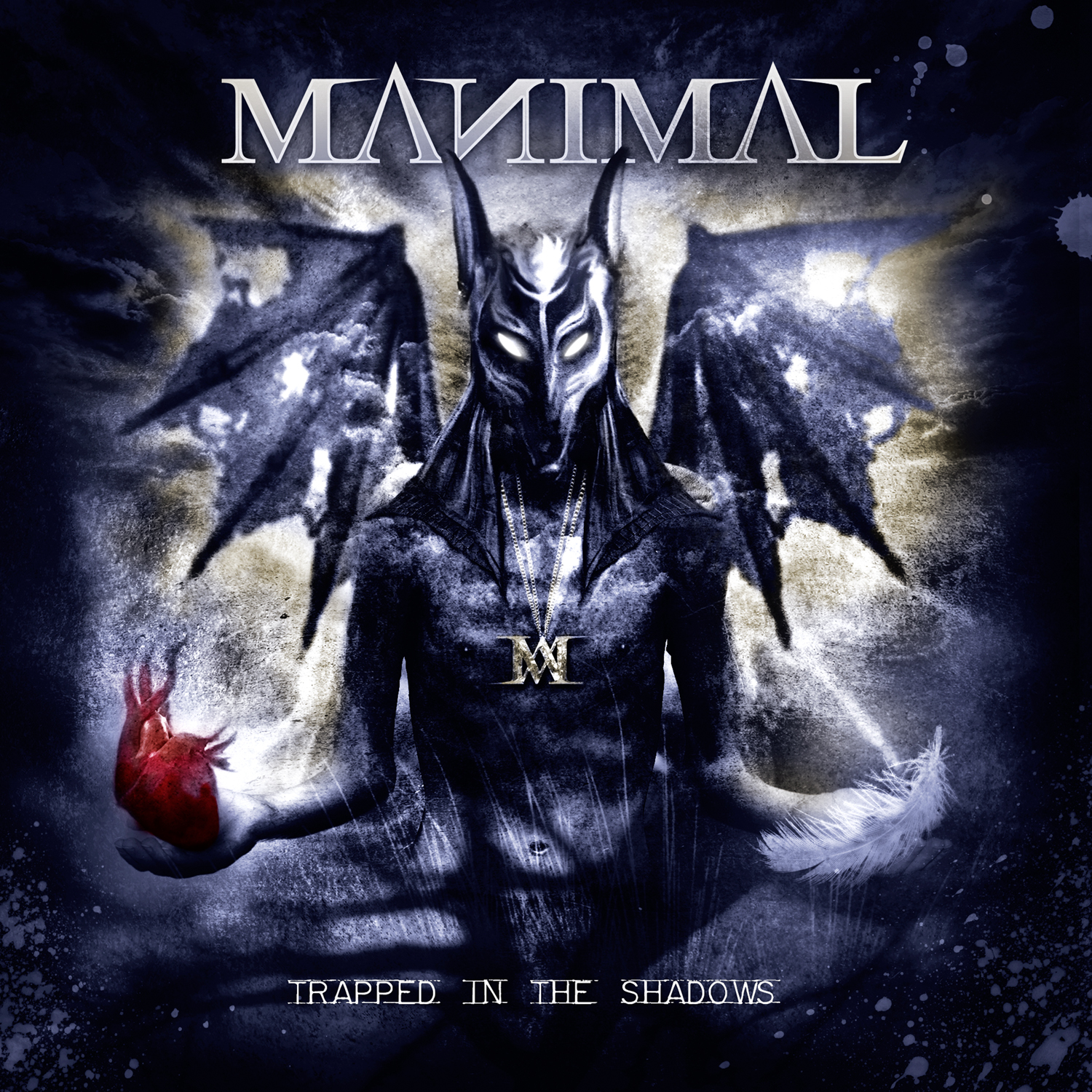 Manimal – Trapped in the Shadows

It has been six agonizingly long years since Gothenburg, Sweden’s Manimal unleashed its 2009 debut album, The Darkest Room. This winter, the band has finally delivered up its sophomore effort and they have made the wait worth it. In a year filled with solid releases in the vein of traditional and power metal, Trapped in the Shadows is among the best of them.

Despite the gap in recordings, Manimal’s core creative duo remains intact with vocalist Samuel Nyman and guitarist Henrik Stenroosleading the charge up front while the newer rhythm section of bassist Kenny Boufadene (We Are the Catalyst) and drummer André Holmqvist (Zero Illusions) set the foundation and propel the music forward.

Trapped in the Shadows finds Manimal continuing to evolve its sound, but the basic feel is still rooted in the likes of Accept, Judas Priest, and Primal Fear, with a solid jolt of progressive metal. The album has been hailed as Painkiller-era Judas Priest meets classic Queensryche, and that’s pretty well on the money.

The opening track, “Irresistible”, sets an ominous tone, and one that carries through much of the record. The razor riffing of Stenroos and the driving rhythm section of Holmqvist and Boufadene create an anthem that is both atmospheric and fist-pumping. Nyman’s voice pierces the listener while also soaring above it all. The song is like a mini-soundtrack for Game of Thrones, and the melody is, as the title suggests, irresistible.

“March of Madness” gallops along on a Queensryche-like riff, and Nyman’s vocal acrobatics lift and wind the song to its apex and back. Conversely, “The Dark” changes the tempo a bit, heavying things up and showing another hue in the band’s sonic palette, while still reveling in shades of Chris DeGarmo.

The title track gets back to the gnashing riffage and propulsive drumming that are the centerpiece of classic heavy metal anthems the world over, and Nyman has the prototype metal voice that can peel a banshee wail or carve a hole in your cranium. He’s right there with the likes of Halford, Scheepers, and even Udo Dirkschneider, who as it so happens, serves up a cameo performance on the track “The Journey”: A song which begins with eerie overtones and a ballad-esque opening verse that builds into a cinematic beast. The undercurrent of piano adds just the right touch to the mood of the song.

“Silent Messiah” queues up that Game of Thrones/300 dramatic feel again, though less driving and more of a lumbering, epic monolith. The song is one of the secret gems on the record and adds many new textures to the band’s usual style.

The album closes out with two of the record’s more somber and twisted tracks; “Screaming Out” features the cold menace of a children’s choir, while “Pyschopomp”, which is not quite as darkly sinister as “Spinegrinder” from their debut record, is disturbingly shadowy and malevolent none-the-less.

With Trapped in the Shadows, Manimal has delivered a dynamic, headbanging slab of riff-driven metal that feels both familiar and fresh. The record is well-produced without over-production, the artwork is fantastic, and Achim Koehler (Primal Fear, Brainstorm, Sinner) did an outstanding job with the mixing and mastering. It is almost sad that an album this impressive will go largely unnoticed by most hard rock and metal fans, but if you are reading this, you have no excuse for missing out on one of the year’s best heavy albums.