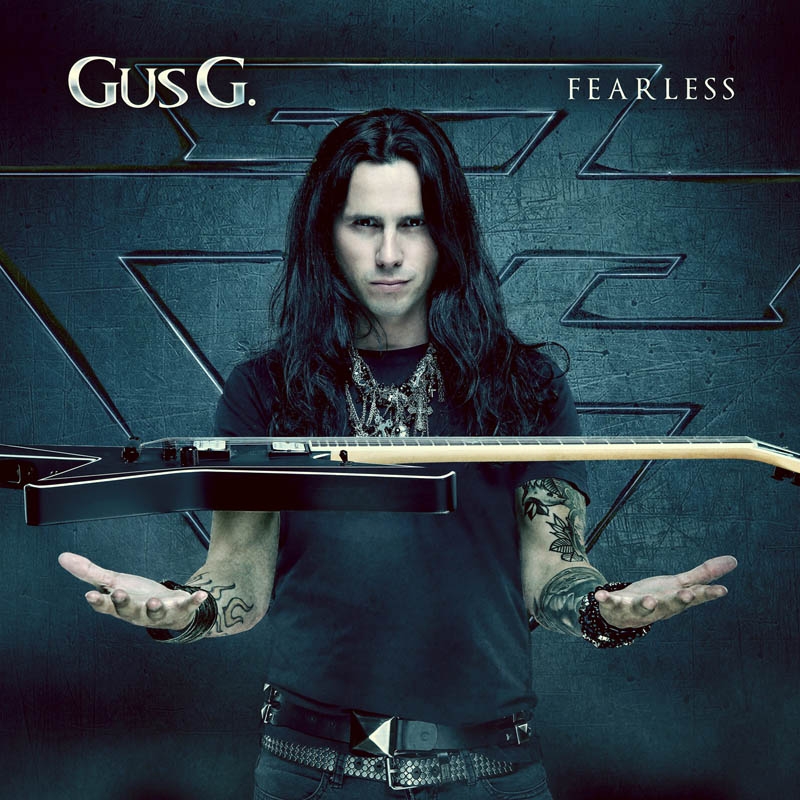 Konstantinos Karamitroudis, or better known as Gus G, is already an established name in the metal music scene. His career with Firewind, his years with Ozzy Osbourne, Dream Evil, Mystic Prophecy, and Nightrage needs little introduction (and that introduction was this paragraph, heh). The higher powers of the editorial board sent Gus G’s new album my way, and I have to say that I am happy about this little divine intervention.

As the years pass by me in a constant, hasty pace, I find myself grumpier, somewhat limited to accepting new things. There is this natural barrier forming. I guess I am becoming a geezer. Therefore, I am very judgmental in new albums, no matter if the name is a well established one, or a new band. This attitude applies even to my all time favourite bands. So, every review I write starts with a -2 grade. Why am I telling you this? Because Fearless is such an album that it reached all the way up to a nine on that scale.

Fearless is a heavy metal joy-ride. Perfect rhythm guitars mixed with powerful drumming, a great taste of hard’n’ heavy vocal performance, and your trademark Gus G lead guitar work. Dennis Ward is handling both the bass and the vocal work on the album, and he is doing a tremendous job. Rather than falling into the trap of “trying to be too metal,” the album keeps it light, and therefore, creating a perfect rock, heavy metal mashup. The last time I had heard such a lovely mixture was when the first The Battle – Allen & Lande album had come out. Through the record, thanks to the heavy bass mix, the perfect balance of vocals of Dennis Ward, and the solid, groovy drumming of Will Hunt, you will enjoy tunes with a Whitesnake attitude. The rock basis of the album solicited by a cool cover of Dire Strait’s “Money for Nothing”.

I especially enjoyed the tracks “Letting Go, Mr. Manson,” “Nothing to Say,” “Thrill of the Chase,” and “Last of my Kind.” Today’s music scene is all about going on stage, re-recording some stuff, selling t-shirts, and watching a genre fade into oblivion with the neglection of the most important aspect; the music itself. We are talking about a time where Gibson guitars and Fender are talking about bankruptcy, MTV showing anything but music, magazines like Metal Hammer, Classic Rock and Prog only being saved by the bell by the acquisition of Future Media, CD sales sinking, and digital streaming services fucking the artists with ridiculous royalties. And in this era, releasing an album like this only gave me hope. Who knows; maybe I will be able to enjoy some quality metal music until the end of my days. Bravo Gus G, bravo.