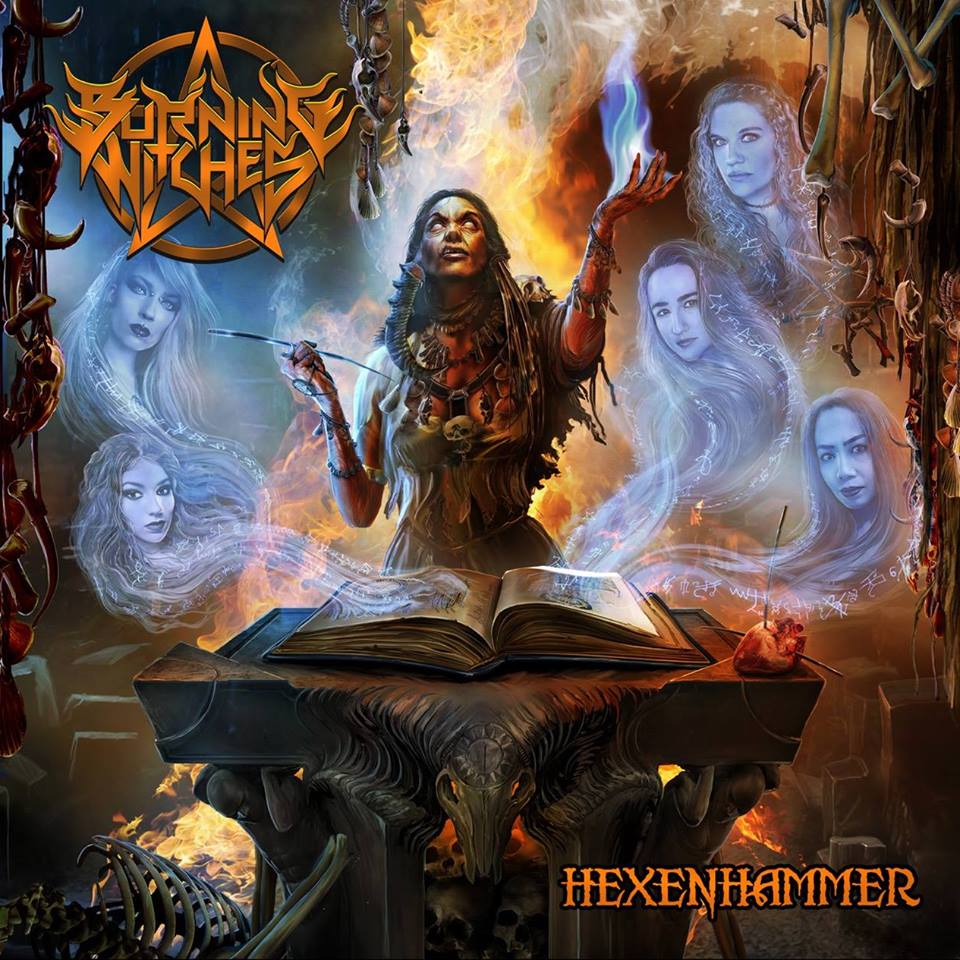 Sometimes a band will come seemingly out of nowhere and strike a chord with you. Such is the case with Switzerland’s Burning Witches. At first glance I thought they were new to the scene, but the band’s debut self-titled album (co-produced by Destruction’s Schmeir and V.O. Pulver) came out in 2017, just two years after the band’s formation. Their debut record is packed with heavy riffs, chugging rhythms, and explosive vocals that would immediately appeal to fans of bands such as Judas Priest, Dio, Iced Earth, and Grave Digger.  With Hexenhammer, the quintet’s sophomore follow-up, the ladies take it to another level.

Fronted by the aggressive and mammoth vocals of Seraina Telli (Surrilium), Burning Witches grabs you by the throat from the first notes of the opening single, “Executed”, a song about the harrowing life (and death) of Switzerland’s‘last Witch’ Anna Göldi. The track kicks off with a dual guitar attack from Romana Kalkuhl and newcomer, Sonia Nusselder (who also handles bass for Sepiroth and Ursinne). Telli showcases a wailing yet gritty voice that sounds like an amalgamation of Rob Halford, Sabrina Kihlstrand, Warrel Dane, and Doro Pesch, while Kalkuhl’s fingers are electrifying on the fretboard. All of this is propelled by the thundering rhythmic precision of bassist Jeanine Grob and drummer Lala Frischknecht.

The pace slows a bit for “Lords of War” which has a big hooky chorus and a melody that reminds me a bit of Ice Age. This is followed by the trilling guitar intro of “Open Your Mind” which segues into a crunchy and galloping grinder. The requisite power ballad takes the form of “Don’t Cry My Tears” which has a poignant and wandering flow to it, adding a nice balance and tempo change for the record.

The tempo kicks up again on the biting growler, “Maiden of Steel”. There is something of a Manowar epicness to this one, and that spills over into the next track, “Dead Ender”. Tolling of bells, rain, and tormented souls pave the way for this lumbering beast. Telli finds a bewitching yet emotive groove vocally, and she simply soars in spots down the home stretch. It’s one of my persona favorites on the record and has a big Dio-esque feel to it.

The album’s title track and video, according to the band, “dives into the story of Malleus Maleficarum, written by the discredited Catholic clergyman Heinrich Kramer, to legitimize his cruel deeds against woman in the 15th century.” The song showcases the band’s heaviness and metal authority.

The breakneck speed returns on “Possession” which winds down the album alongside the dark menace of “Maneater.” As they did with Priest’s “Jawbreaker” on the debut record, Burning Witches take on the iconic Dio track, “Holy Diver”. It’s always a gutsy move to emulate a legend, but Burning Witches handle it with aplomb. Telli’s vocal inventiveness is captivating and I cannot imagine anyone not falling in love with their take on this one, or at least granting due admiration.

Overall, the Burning Witches sound blends elements of traditional and power metal with some bits of thrash swirled in. The result is a style that sounds classic yet equally modern. Schmeir and Pulver returned to help with the production and arrangements on this album, but it is the maturity and growth in the songwriting that stands out most. Hexenhammer resonates with a spectacular metal dynamism, and absolutely delivers the proverbial goods. This album should be on quite a few “best of, year-end” lists for 2018. The fact that Burning Witches has found such a natural groove so early in its relative infancy bodes well for what fans can expect in the future. 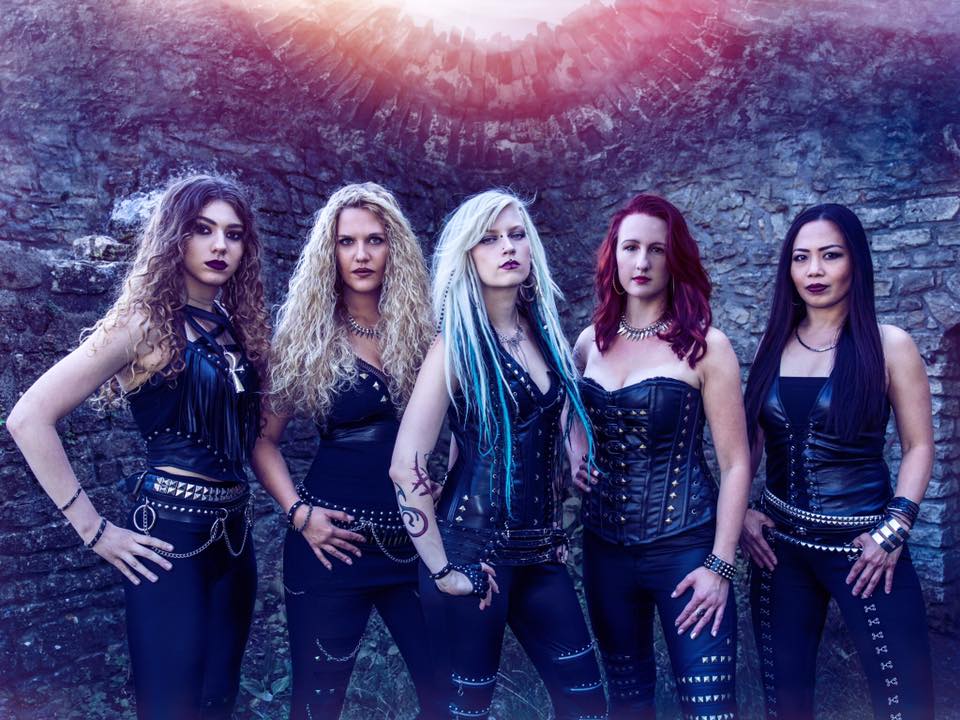