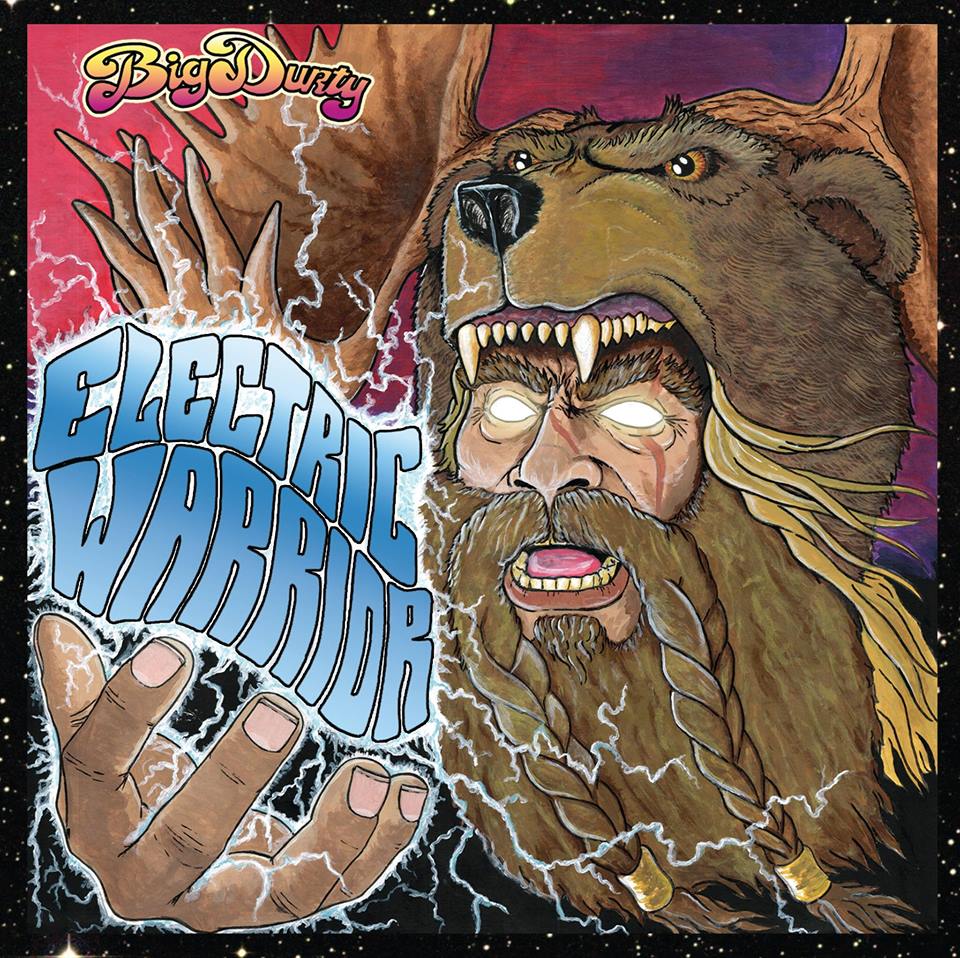 There is nothing better than sitting down and jamming out to a new album. Wait yes there is, sitting down and jamming out to Big Durty’s new album, Electric Warrior. I was hooked by the very first few seconds of the album. It is the epitome of stoner rock, in the best way. Crunchy guitar riffs, yep, growling vocalist, yep, hardcore guitar solos, uh huh, and badass drum beat, check. It has it all.

Originating out of Canada from Northern Ontario, Big Durty started their journey in 2016 with band members; Curt Rendle (Guitar), Brad Deleeuw (Guitar), Eric Polmann (Bass), and Brad Jackson (Drums). After, what seems to be, a grueling expedition to find a singer, Ryan Summerfield was added to the mix to perfect the sound. Their first album was dropping in 2016 and was self-titled. At this point Big Durty was causing a stir in their local scene and outer areas. Their new found success and ambition encouraged them to begin working on their second album. During this time, there was a change to the original lineup with Brad Jackson stepping out and Alex Sousa jumping in. In the end, June 23rd, 2018 was the day their voyage ended and ours began with the new album, Electric Warrior. According to Summerfield,

“This one is over a year in the making. I think when we finished the first album, we were very pleased with how it turned out, but immediately had a thirst to improve the sound. We all agreed the potential was not yet achieved and we all starved for the improvement the sound desperately needed.”

The beginning track, “Buried Alive”, is gut-punching to say the least. I immediately was smiling, because I knew I was in for a killer time. The first riff is extremely catchy, then the drum beat pulls you in and enriches the riff to the point of automatic head banging. You get into the meat of this song, and find yourself lost in a guitar solo you won’t want to end. Now, I can go through each track and explain why I love it, but I don’t think anyone wants to watch me ramble on, so I will stick to the ones that really stood out to me.

Track 5, “Doom Buggy”, is probably the next one that jumped out at me right away. This song  defies explanation. It is heavy, has some melodic parts, flows effortlessly, and ends epically, with a high vocal that fills your soul. “Heavy Days”, was one I knew I would relate to just by the title, and relate to it I did. It is one of those songs I think everyone can connect with at one point in their life. The lyrics, “no more slave, to my mind”, is powerful and significant. To me, it seems to speak of depression and darkness, something that needs to be spoken or sung more about. Thank the almighty metal gods for continuing to speak to us on a more intimate level. Thank you Big Durty for tackling this subject so masterfully.

“Electric Warrior”, one word, flawless. Just a damn good song. What’s that? Another killer guitar solo? It is a short one, but definitely air guitar worthy. Track 8, “Emerald”, is the last track on the album. It is a strong finish to an incredible album. Stoner rock to the core. Sounds like a battle of guitars throughout it, which is highly entertaining to listen to.

If you enjoy the stoner rock genre, this is a must add to your playlists. There was not one moment during this whole album that I was even remotely bored. It is damn near perfect, and will be an eager addition to my every day listening.