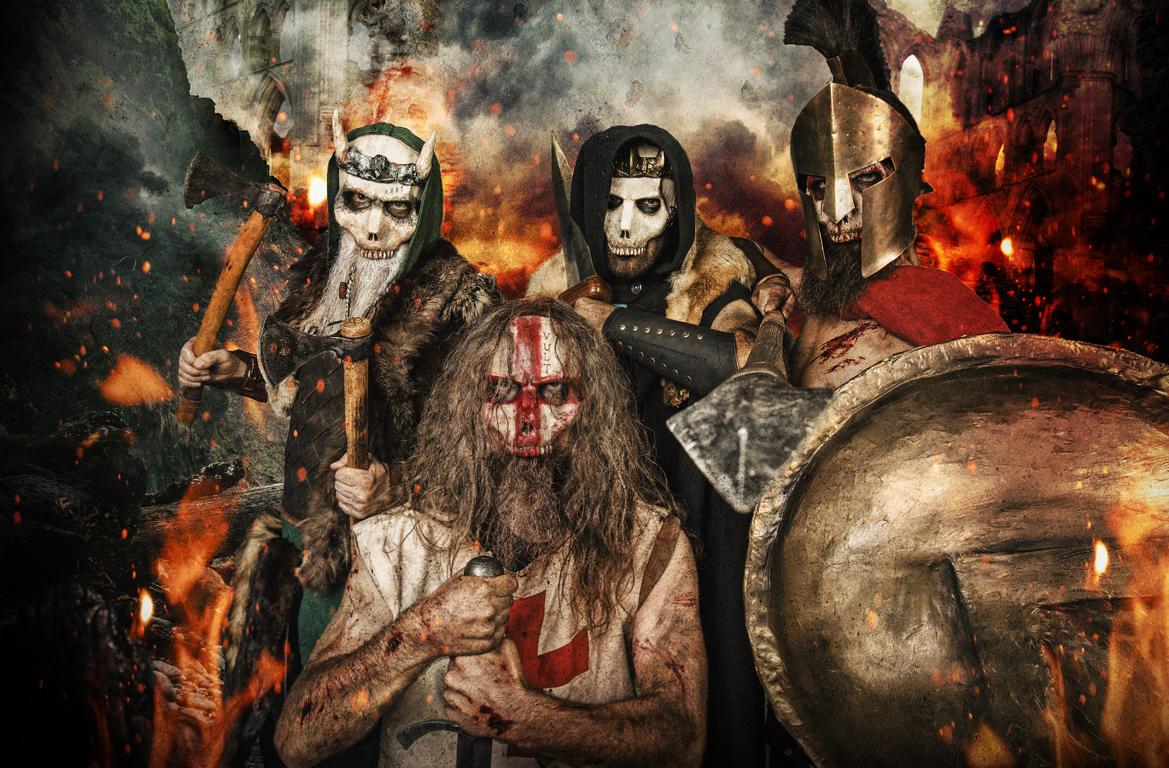 WARKINGS Warriors! Be prepared for the second strike of the Kings of War! Odin himself sent them out to spread the stories of long forgotten wars and battles!

It’s the Spartan who raises his voice and guides you in the ancient years of Greece. He came to praise Hephaistos, the fire god, responsible for all the metalworking which made the Greek get the best weapons and the most beautiful jewelry you could imagine. He is a symbol of power, as the Spartan and the Warkings are!

“This is for the god of fire, the blacksmith of the pantheon. We met, we drank…and then we forged this anthem!”

Watch the official lyric video for “Hephaistos” below:

“Hephaistos” is a glorious glimpse of what you mortal beings will get, when the debut album Reborn will be released on November 16th. Recorded inside the endless halls of Valhalla, produced by Odin himself and mixed and mastered by our forefathers, who died honorably by the sword, this track will crush you all!

On Odin’s order, the Warkings will leave their sanctuary behind to return to the European battlefields! It will be an historical moment, when the four ancient warriors set their foot on the ground in Vienna after an absence for many centuries or even millenniums on December 8th!
In the beginning of 2019, especially the Viking will return to the lands of his forefathers and his own past. Accompanied by Amaranthe, the Warkings will return to the lands of ice and snow and wander through Scandinavia and parts of Germania and Belgica, today called the Netherlands, Belgium, Switzerland, Luxembourg, Germany, Sweden, Denmark and Finland. 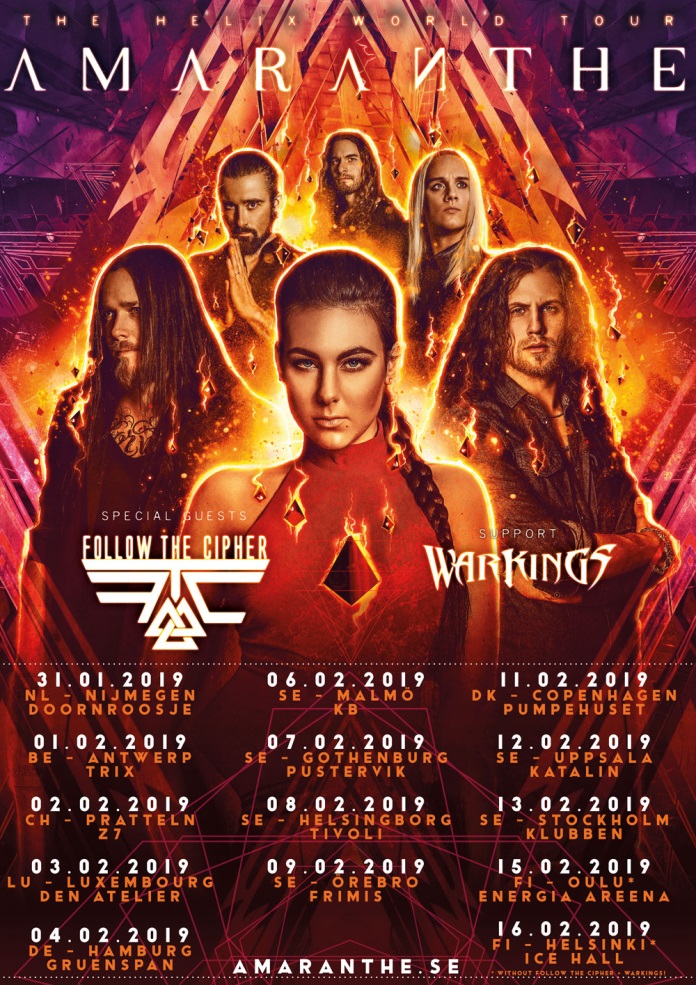 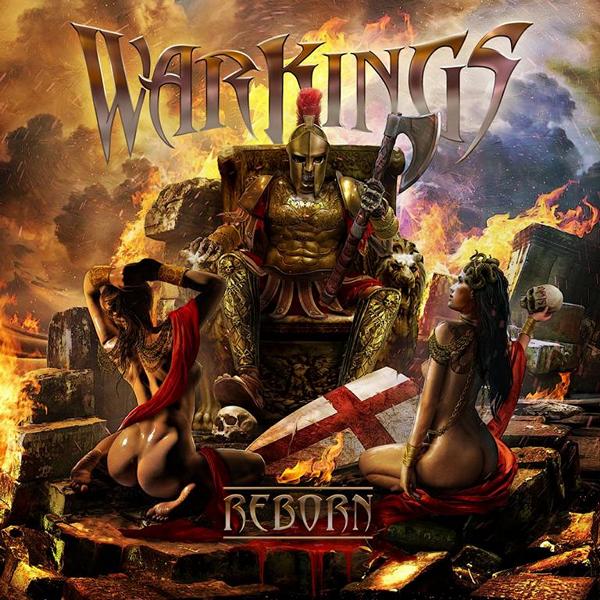 For those of you, that cannot await the full transmission of Odins ambassadors and want to receive his words at first, secure your copy of Reborn right HERE!

Four kings of war were knocking on Valhalla’s door to spend eternity in the realms of the gods. While waiting for admission, they told each other about the heroic deeds they survived in their lifetimes. Secretly listening to their stories, Odin decided that all living human beings on the Earth should know about these true stories of war and heroism. So he is about to send them back with the mission to spread the stories of their battles upon mankind. The Warkings were born and pure and unadulterated heavy metal became their religion.

Odin chose Napalm Records as the perfect platform for the Warkings to spread their stories. They were told to receive new information about these warriors every Wednesday from now on. To follow his order to spread their message, they launched the Warkings-Wednesday. On this day, they will bring Odin’s word to the world.

The first statement from the kings of war is short and not very concise: 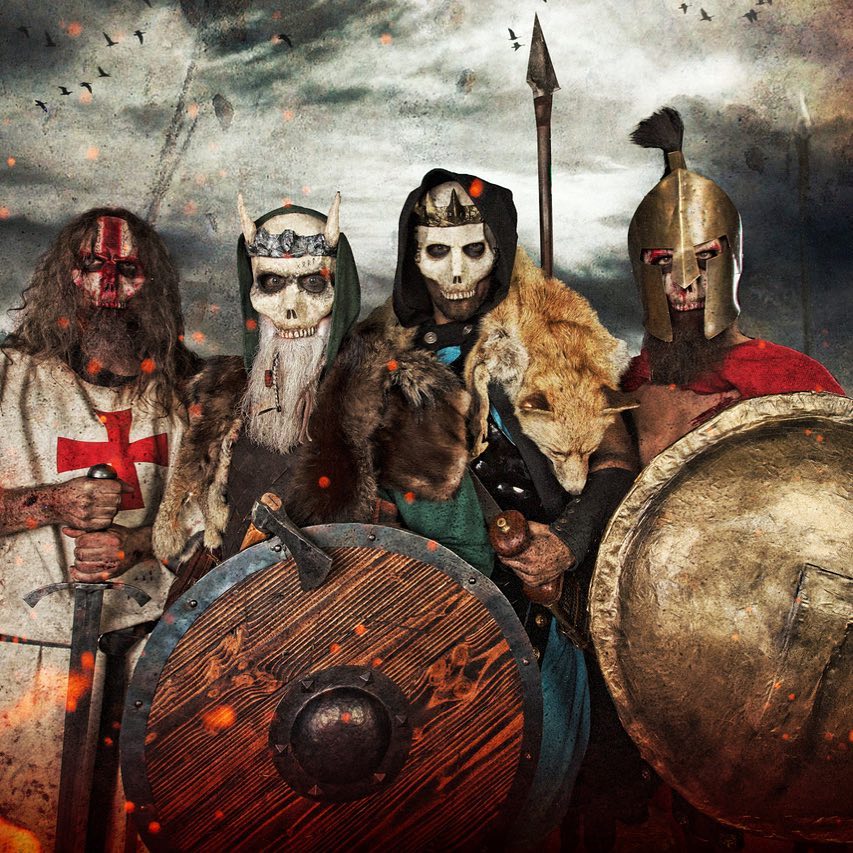 Warkings are:
The Tribune – vocals
The Crusader – guitar
The Viking – bass
The Spartan – drums