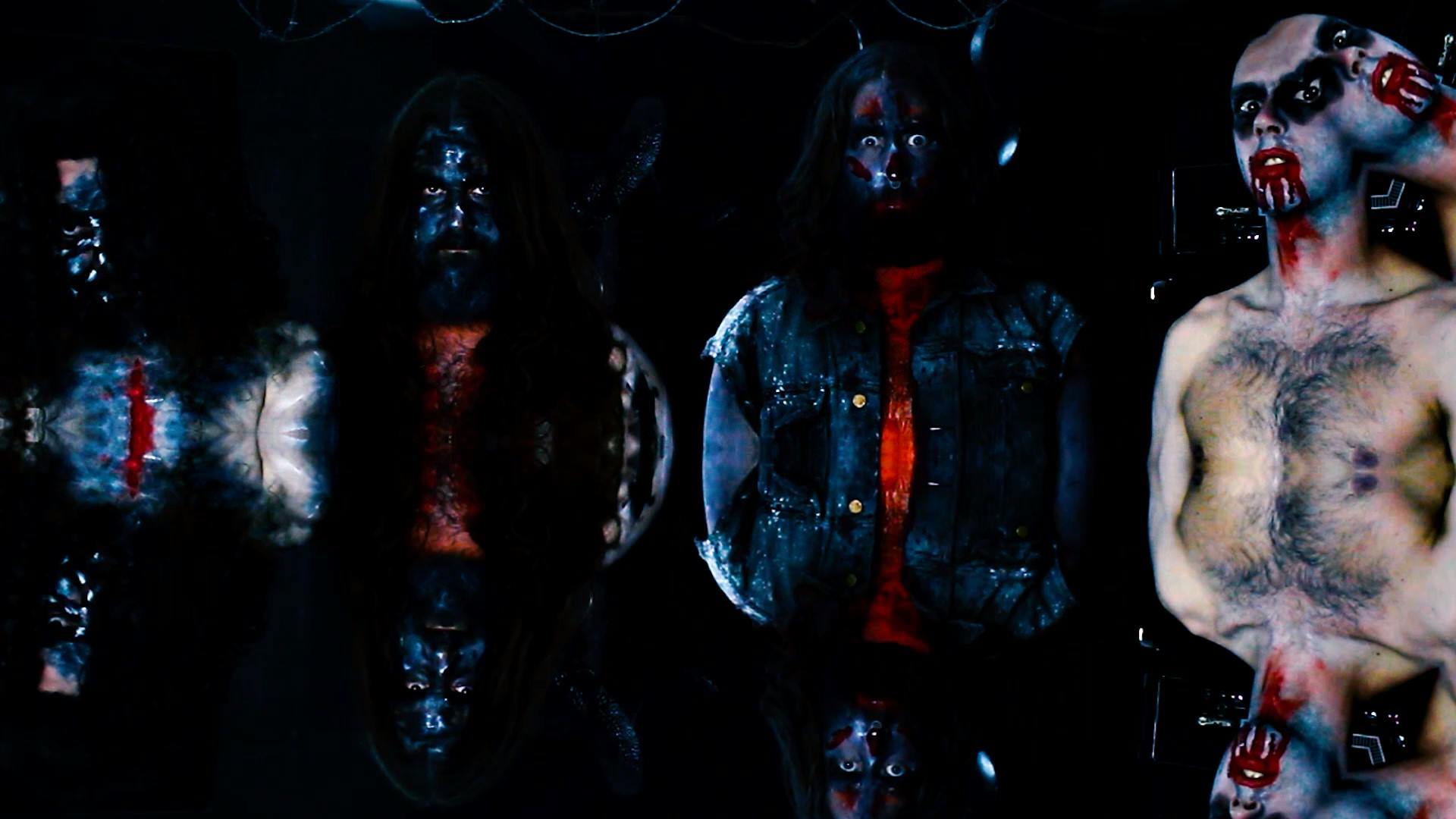 Halifax, Nova Scotia’s Cottus are the stuff nightmares are born from.  Combine their thick, riff heavy music with graphically disturbing lyrical content and you’ve got the makings for a horrific sonic experience.  Now they’ve taken their dark art to the next level and released a video for “Cesspool of Creation” from their last album Eater of Worlds.

Visually, the video is dark featuring the blood soaked band members writhing through a performance of “Cesspool of Creation.”  There is blood, then there’s some more blood, and well, even more blood.

“The sonic nightmare that is Cottus is now coming through your screen! In honour of maritime metal we shout out to the gods putting our blood + sweat + more blood into our new music video “Cesspool of Creation” from our last release “Eater of Worlds”. Enjoy a Nova Scotian grown metal horror show, trapped between dimensions locked in darkness where things cry out in the deep.”

One of the biggest highlights of this video is seeing the work of guitarist Paul Beranger in action.  Aside from shredding, Paul has been honing his skills in sculpting and visual effects making creatures, masks and even animatronic freakiness.  You will see some of his work in this video, and can check out more of his creations on Instagram @Razorback_holler.

Cottus is known to the local East Coast metal scene for its thick and heavy sonic delivery with engaging theatrical stage performances.  It’s not a Cottus show unless there is some display of decomposing body parts, ominous and grim characters hovering over the stage, or even a very real looking brain being removed from a skull only to be squeezed by vocalist ZV and have gew spew out (this actually happened!!)  This is a live metal experience to be had in person.

With Eater of Worlds being almost three years old now, the band is stoked to tell the masses that they are working on some new material to deliver.

“We are currently mixing our new release “Typhon” so stay tuned for more metal and more videos. All Metal No Suck”

Check out their music catalogue here, and give the video a watch… if you dare!