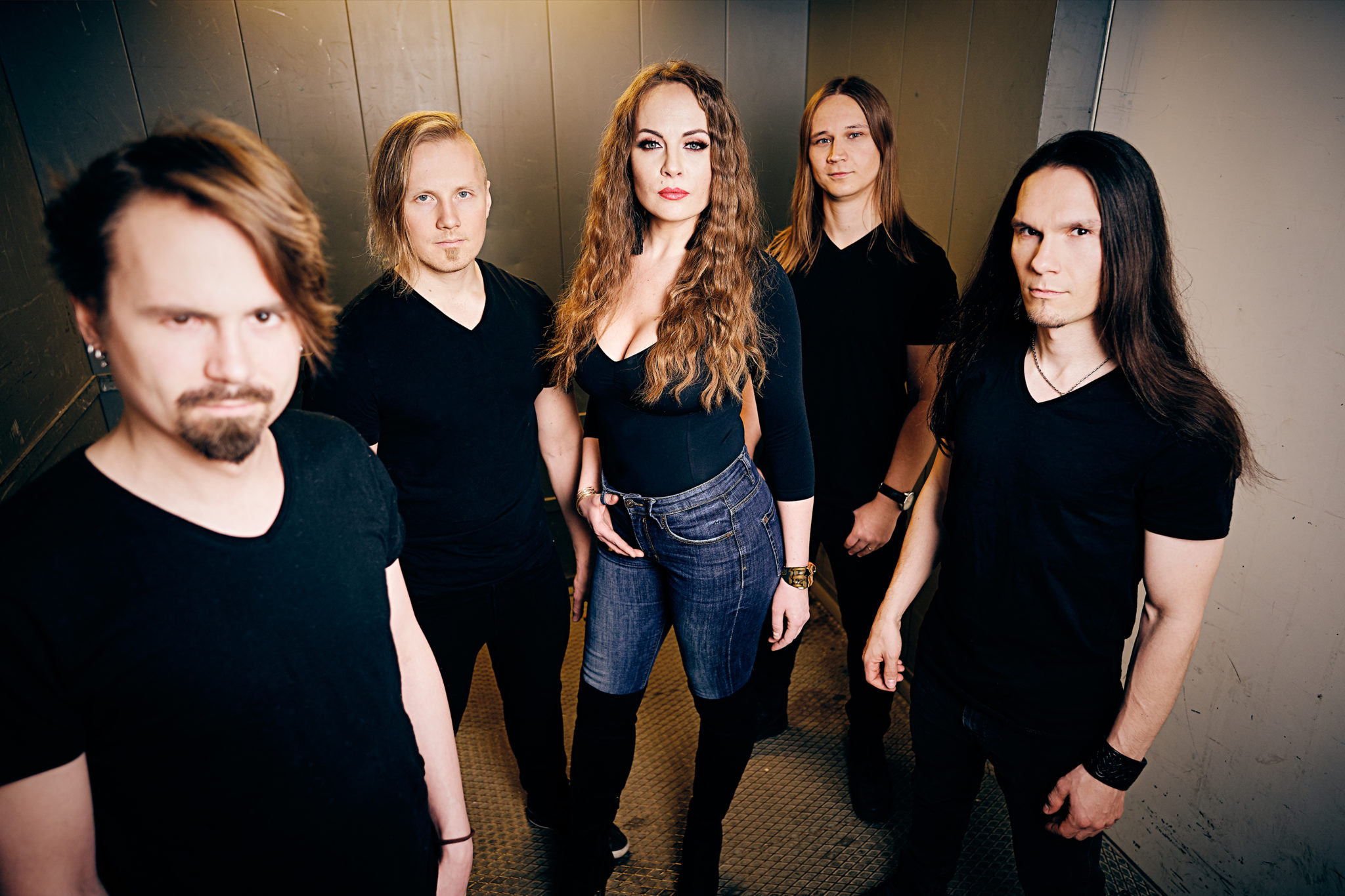 Netta Laurenne may be a name that is new to most, especially outside or Scandinavia, However, for fans of European metal, her voice has likely already been in your head. She has appeared as a vocalist on albums from Battle Beast, Amorphis, Elvenking, and many others. In 2015, the classically trained Finnish vocalist decided it was time to take the helm of her own project, and the seeds for Smackbound were planted.

At her home studio, Sonic Pump, which is owned by her husband Nino Laurenne (Thunderstone), Netta wrote and demoed three tracks and went looking for like-minded musicians. She approached Wintersun guitarist Teemu Mäntysaari first, and after listening to Netta’s demoes, he immediately signed on. Drummer Rolf Pilve (The Dark Element, Stratovarius) soon followed. Vili Itäpelto  joined on keyboards, while his former Tracedawn bandmate Tuomas Yli-Jaskari, agreed to handle the bass.

The quintet formed Run for Cover, a group playing classic hard rock and metal songs from their favorite artists. This allowed them to find their cohesion and chemistry. The band took this into its creative process for their original music, and this month, Smackbound released its all original debut album, 20/20. The record is ripe with big hooks, raw emotion, and plenty of energy and diversity. It is a melodic metal album that taps into numerous other sub genres to encompass its own vibe.

Today, Metal Nation pulled Netta from her away from her songwriting, to chat about the debut album, and the journey she and the band took to reach 20/20. You can watch the full interview below and catch some of the videos from the debut record.