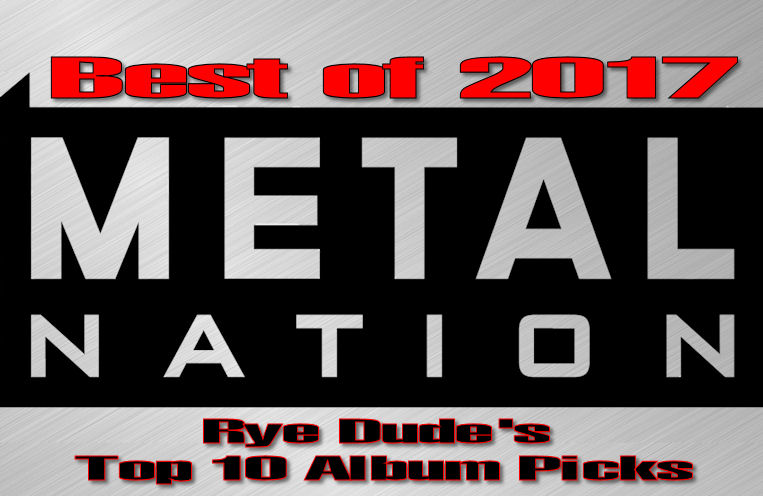 It’s easy writing a TOP 10 list of your favorite metal albums. You can just sit back and talk about all the juicy bits you can’t shake from your skull. Of course what better way to celebrate your love for a new album than shoving your unbridled opinion of it down some poor sucker’s gullet. Enjoy!

At it again, these Florida guys provide a very solid album. Classic beefy tones with underlying deadly melodies, and John Tardy‘s vocals that cut through just right to give you a little shot of adrenaline. Nothing new, Obituary are not re-inventing the wheel but still a killer album. 30 years late for a self-titled though.

9. Dying Fetus – Wrong One to Fuck With (Nuclear Blast)

This is a heavy album… I mean really heavy. Probably the heaviest album on this list. Dying Fetus is usually the purveyor of insanely heavy, slow-chugging brutality and the new album is no different. The melodic solos give the songs some great depth, and the album name suits the sound tightly.

Like most Morbid Angel albums, I instantly fell in love with the artwork. For me starting with Domination, the artwork has always mesmerized me and I’ve spent many a night gazing at my vinyl getting lost in the intricacies of the piece. The music is as always, brutal, chuggy, with booming tones. I’m yet to be disappointed by these guys.

This revised vision of “The New Reign” Kicks some serious ass. The progressive sounds compiled with complex time signatures and aggressive changes make this album a thinker. But the punching vocals give the listener something to grab onto and follow making this album not only technically amazing but heavy as hell.

I’ve loved Iced Earth for as long as I can remember. But in 2011, when Stu Block joined the band, I fell even harder in love. I’ve always been blown away by his vocal performances, and their albums kick serious ass. With the addition of Jake Dreyer on lead guitar, not a lot has changed, but the the riffage on this piece is masterful and leaves you wanting more.