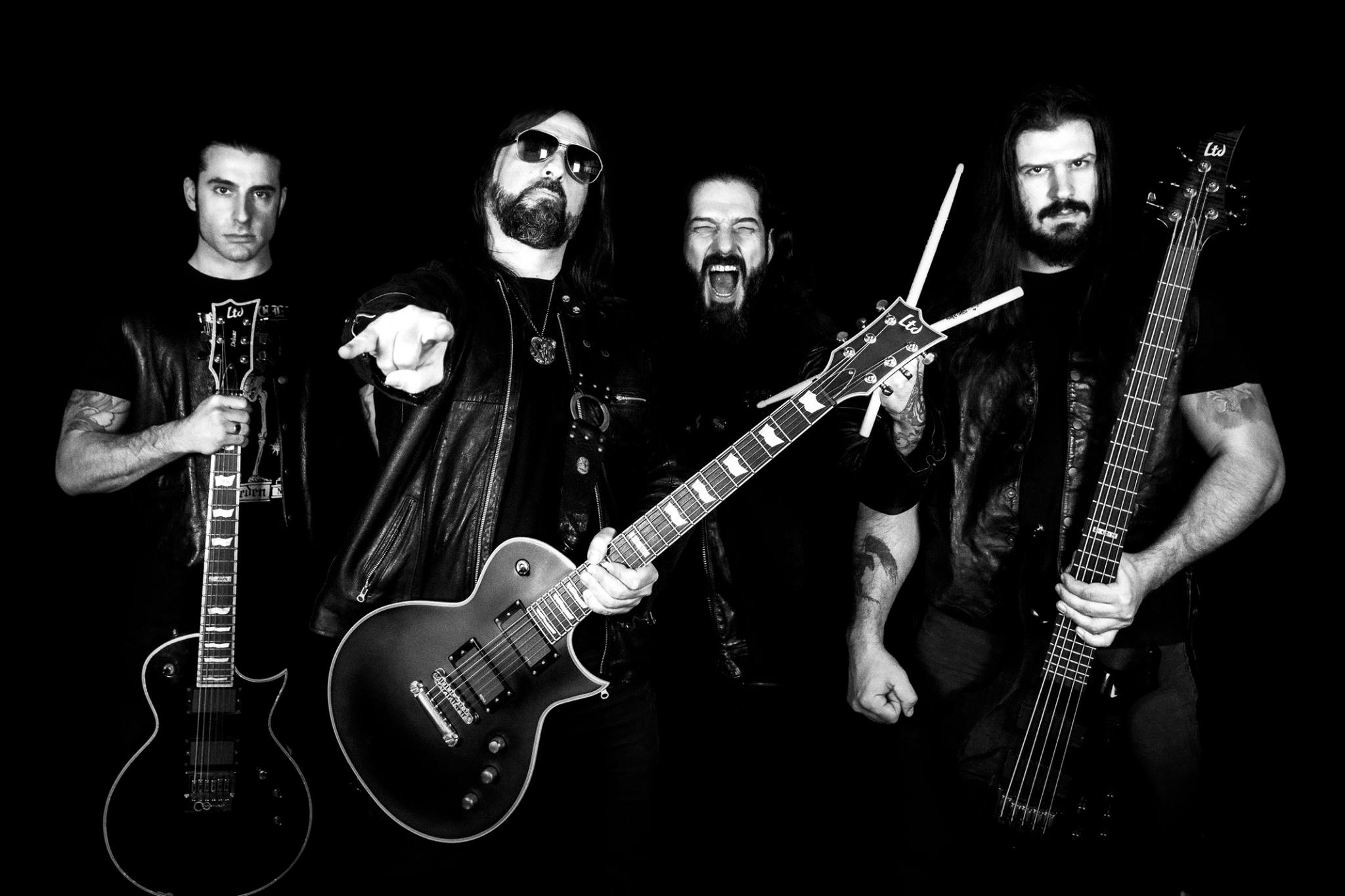 Rotting Christ have been arrested in the country of Georgia on spurious grounds involving charges of terrorism allegedly based on the band’s name!

Frontman Sakis Tolis relates the events in his own words:

“We arrived in Georgia’s capital Tbilisi very early in the morning of Thursday, 12th of April. After the regular document check at the border, my brother and I were stopped by the police on our way out from the airport. After some minutes, we were ordered to follow police to another area of the airport under the pretense of further questioning before entering the country. Instead, we had our passports and mobile phones taken away and were lead into a prison cell. When we were demanding to be told the reason for this arrest, we were simply told this information would be ‘confidential’. Our lawyers informed us later that we are on a list of unwanted persons of national security that branded us as Satanists and therefore suspects of terrorism.

Without previous warning and no official reason, we found ourselves in jail, locked into a small and rather dirty cell and without being permitted any contact to the outside world or legal representation or our embassy for 12 hours. Conditions were bad and no further information provided during this time.

Luckily, only the names ‘Tolis’ were on the list and the other two band members started to work with the local promoter to extract us from prison and commence legal procedures. It took strong efforts and a complicated procedure to find a solution. Due to the hard work of the local promoter, who involved legal experts, journalists, and activists in Georgia, we were finally released. We are extremely grateful to everybody involved in this process. In the end, we were even able to perform our show and it turned out to be a fantastic night. We would also like to thank all our Georgian metal brothers for their overwhelming support!”

ROTTING CHRIST were allowed to leave the country towards Armenia without any further complications.

For more on ROTTING CHRIST, please visit the following: