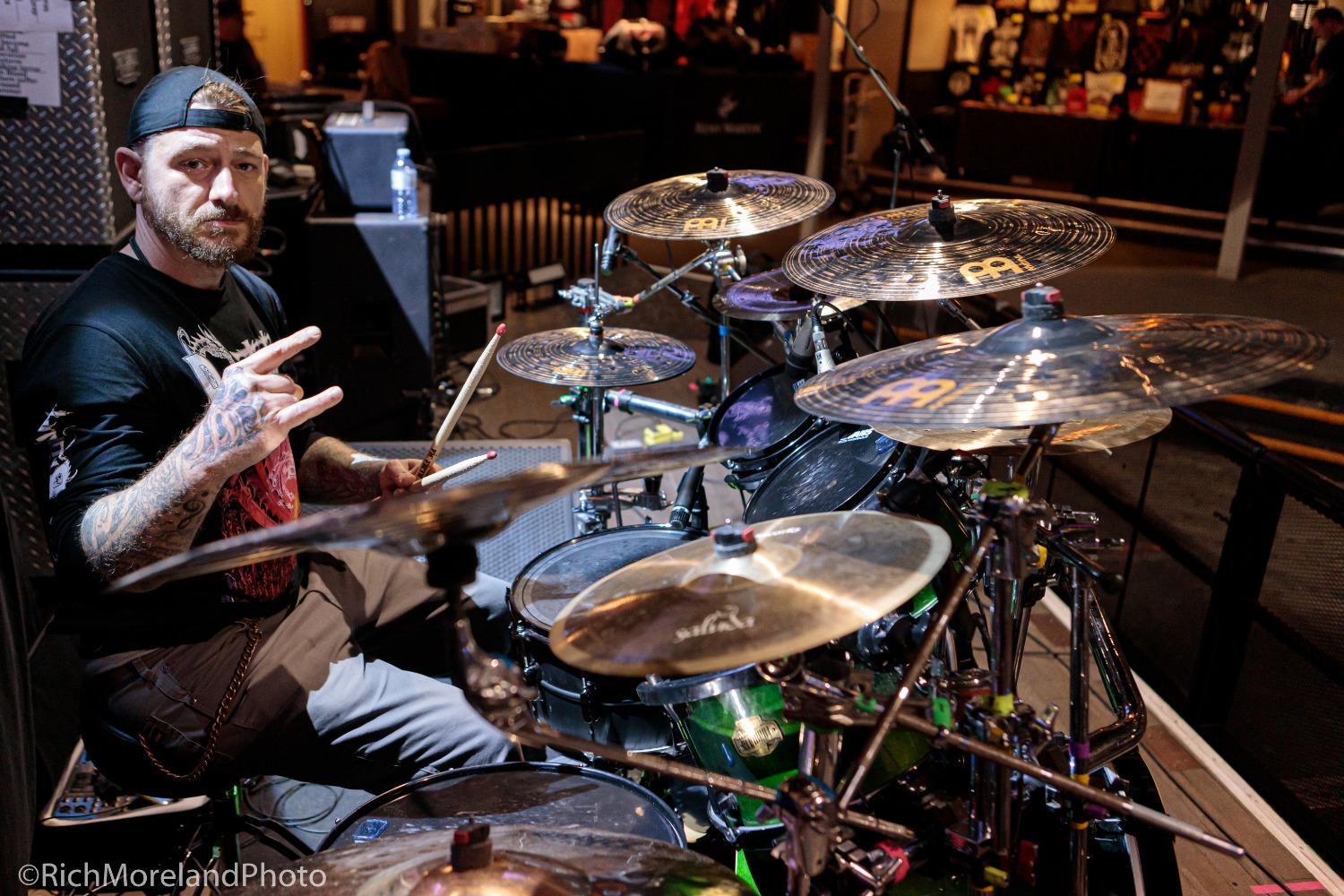 Ronnie Parmer may not be a household name, but for those in the death metal community, his foot and stick work are well-known. He has handled drums for the likes of Malevolent Creation, Amon, Brutality, and Perdition Temple, to name but a few. He is also a multi-instrumentalist force behind Blood Messiah. I recently nailed down this multi-talented metal threat to talk about music, bands he’s touring and recording with, and what he is doing to weather this Covid-19 storm we are all caught up in.

If you are a fan of old school Death Metal then I’m positive you dig more than one of the bands he is currently recording and performing with. Not to mention the bands he does session work for. Check it out!

So why don’t we start up and let the people know who you are and what you do.

“Ron Parmer. Drummer. (laughs) Thats about it. hahaha Nah, but for real my names Ron Parmer and I am a drummer.”

“Oh boy! This could take a minute but I’ll keep it as short as possible.

I guess I’ll start with Brutality. Been drumming for them for a couple of years now and were fixing to put out a new album. Tracking starts for that in August.

Then there’s Perdition Temple who I have been with since 2010. Band is active as far as touring and putting out albums. [The band’s latest album, Sacraments of Descension was released March 2020]

Also, I am teamed up with the Hoffman Brothers (Deicide) who are finishing up an album and possible future tours.

Next would be the mighty Malevolent Creation. Working on a new album with them and back to touring with them once the album and pandemic is over.

Then there would be Cruciamentum. An awesome band for the U.K. I have toured with and doing drums on their new album.

I do a lot of side stuff as well, and I have my solo project Bloodmessiah and have done session work for bands like Insatanity, Deseased and more. Got some other things cooking up with people from around the country I will be doing drum tracks for. Gonna be another busy year.”

Wow, man that is quite an impressive resume! Now you’re a multi-instrumentalist correct? What led to the drums being the predominant instrument that you chose to perform on?

“I love the physical aspect of the drums and love feeling the stage/drum riser shake while performing. There’s no better feeling to me. I love playing guitar but I just don’t give that same feeling on stave as drums. I love practicing patterns and making your limbs do different things. Playing guitar in a band for several years with a bad drummer is how I first got the opportunity to play drums on stage my first time and I haven’t looked back since.”

Well it shows in your playing for sure!! To me loving what you do especially in any art realm is the most important aspect. Could you run us through some stuff you do to get warmed up before a gig?

“Thanks, man!! For me I warm up to various rudiments on the hands and feet to various click tracks before playing a live show. Going out cold sucks. I’ll run through linear patterns doubles and triplets till the forearms and legs are burning. Some stretches and hit the stage. I have lots of practice routines and pick different ones for different bands I’m playing with that night. For example Perdition Temple is non stop blasting so my warm up routine is pretty intense before stepping on stage beings I don’t want burn up my muscles energy 30 seconds into the song!”

Sounds like you’ve got a lot of this down to a science with a good routine that reflects what style you are doing with whichever band you’re playing with. No wonder you play for so many legendary bands. It’s the Elephant in the room but I gotta ask, for a person who lives mostly off of touring how are you dealing with the pandemic we’re facing globally?

“Man, it really does suck. I’m all about everyone being safe though. It sucks cause of course I want to be like ‘open it up so we can get back to work,’ but I totally understand they want to make sure this stuff doesn’t keep spreading. Besides I’m HVAC certified and live in Florida and who doesn’t want air conditioning in Florida? Hahahah. At least for me one good thing will come from this. I’ll be on a lot of recordings and albums after this pandemic!!”

Damn and you’ve got as solid backup plan. I think I speak for most metal heads when I say we cant wait to hear what going on in all those camps you’re slamming the skins for! RonnieParmer,  thank you very much for talking with us and letting us and all the people out there know in on a little bit of what its like to do this music thing for a living and giving us some really good records to look forward to in the near future!!

“No problemo. Thanks for having me, it was a pleasure.” 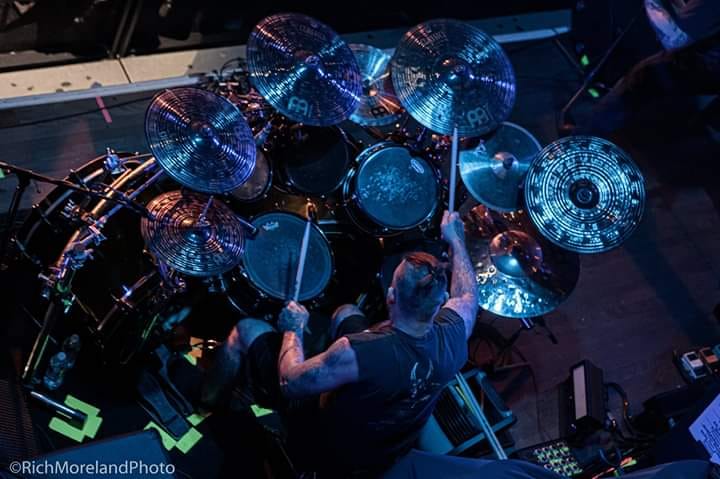