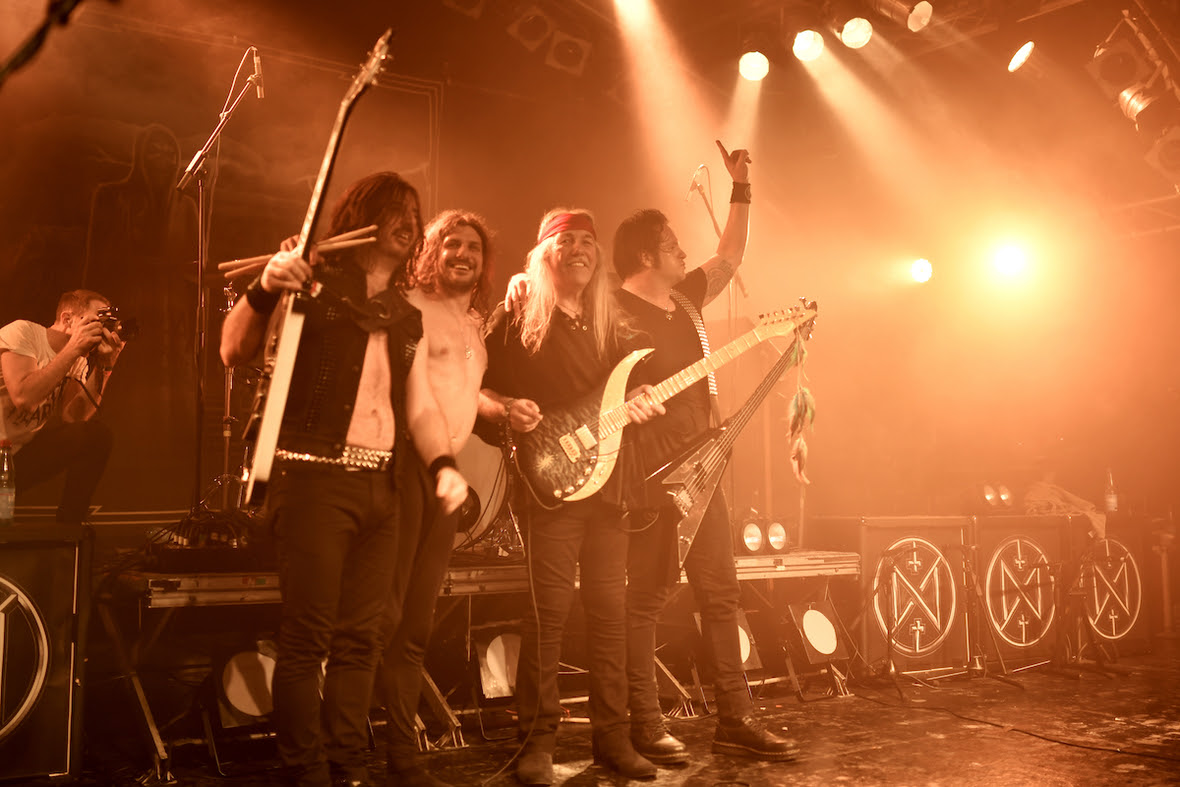 This past Saturday, March 2, 2019, the Metal Hammer Award winners NIGHT DEMON headlined the sold out Hell Over Hammaburg festival in Hamburg, Germany. While NIGHT DEMON has performed at many festivals over the years – most recently Wacken Open Air (DE), Muskelrock (SE), and Ozzfest (U.S.), this show marked the first major festival headliner for the band.

During their encore set, the band was joined by none other than the legendary Scorpions guitar player, Uli Jon Roth. Roth and NIGHT DEMON went on to perform renditions of Scorpions classics “In Trance” and “Top Of The Bill”.

Multi-Angle footage of this special performance can be viewed below:

NIGHT DEMON’s current full-length studio album Darkness Remains (Century Media) is the follow up to their debut record, Curse of the Damned, and is available as a limited edition Digipak, LP, and a Deluxe Digital Edition (featuring bonus tracks). Bundles for Darkness Remains are available now at this location:
http://www.indiemerchstore.com/b/night-demon

Darkness Remains delivers all the expected ‘New Wave of British Heavy Metal’ inspired thrills and chills, but also sees members, Jarvis Leatherby (vocals/bass), Armand John Anthony (guitar), and Dusty Squires (drums), honing their songwriting chops. Not only has the band’s overall sound matured, but the individual members have carved out their own niches, sharpened their attack, and even taken some chances along the way. Boasting a full, powerful, and clear production that retains a raw edginess, Darkness Remains sets the gold standard for how a traditional metal record should sound in 2017. 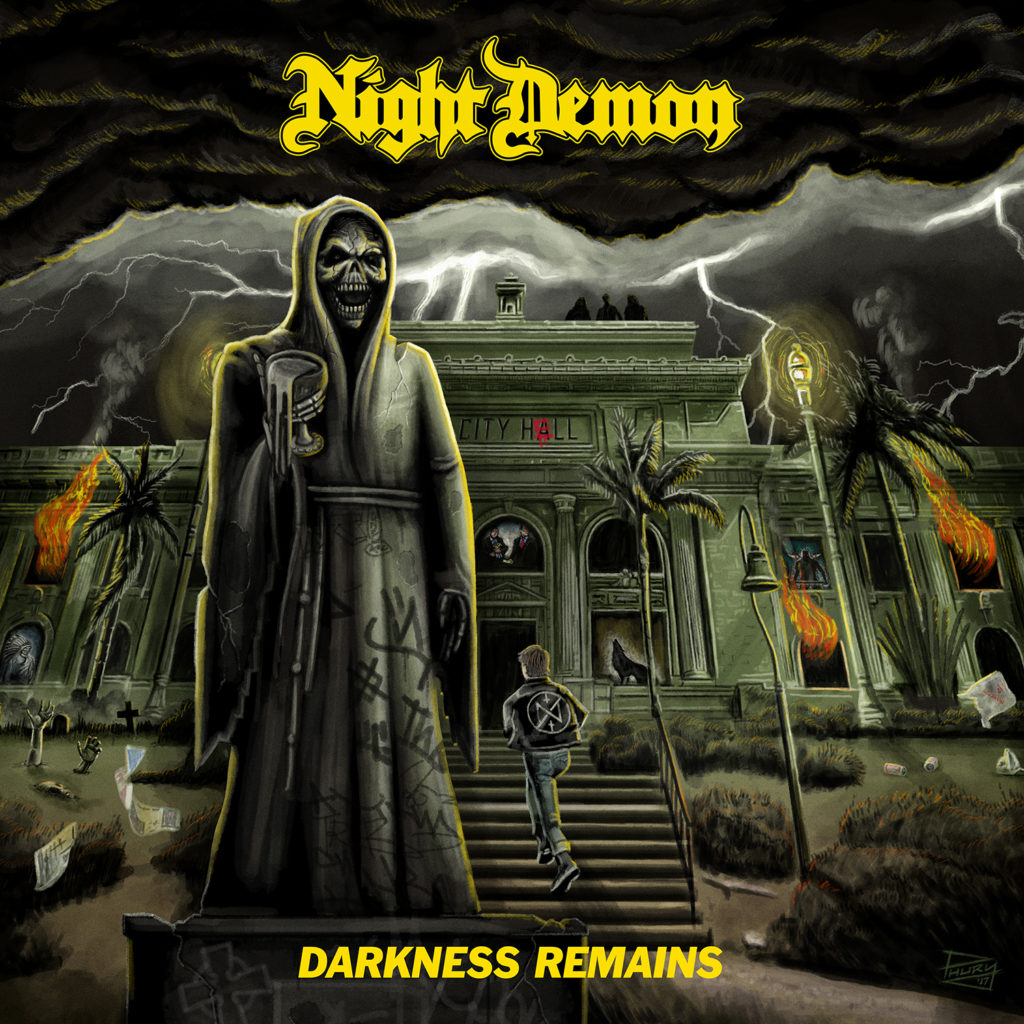