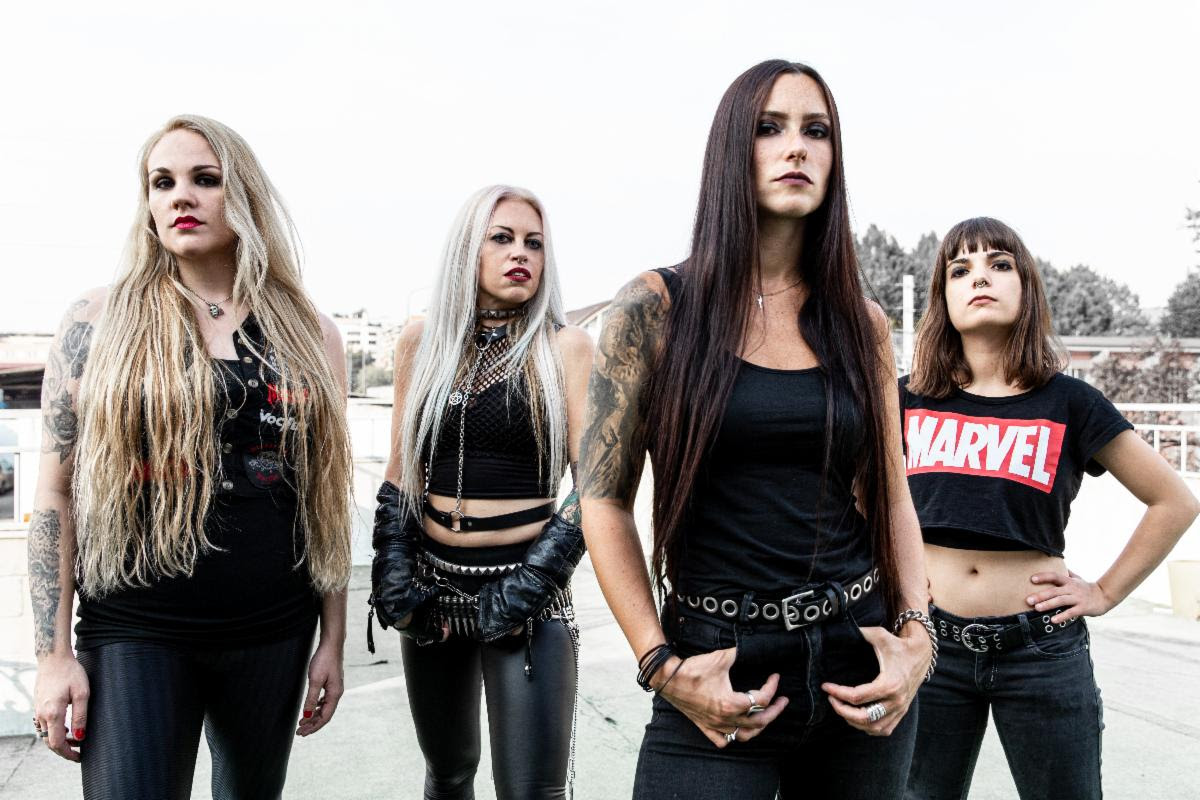 Brazil-based thrash/death contingent, Nervosa has become a global entity with a revitalized lineup. Founding guitarist Prika Amaral has revamped the former trio into a quartet featuring Spain’s Diva Satanica (Bloodhunter) on vocals, Italy’s Mia Wallace (ex-Abbath) on bass, and Greece’s Eleni Nota on drums). The four women of Nervosa stay true to their roots while exploring new terrain on their upcoming new album!

A heavy, uncontrollable vortex led by the full-speed Thrash/Death metal engine NERVOSA is ready to attack the world and leave nothing but Perpetual Chaos (out January 22 via Napalm Records) in its wake! Their talented new line up strike with inexorable full femme power, showcasing their ability for critical and straightforward lyricism mixed with an intoxicating blend of thrash spiced with remarkable death metal assaults.

Their high-speed new single, “Guided By Evil”, is the first offering from next year’s full-length and highlights their sinister new facets, whilst also underlining their unmistakable thrashing roots. The fitting audio-visual grabs the demons by the horns and evokes a bloody, enigmatic spell. The first single pulls no punches by dissecting the concept of two-faced people who eventually stab you in the back – truly guided by evil.
Enter the coven and be a part of the next generation of NERVOSA!

“It was a wonderful experience with these girls, they are all very talented and did an excellent job, I have never been so happy with the final result of a record. I chose Artesonao studio in Malaga, because it is isolated and in an extremely beautiful place, we worked hard but we had the best vibe between us.”

Perpetual Chaos was recorded in Malaga at Artesonao Casa de Grabación Studio by Martin Furia, who also produced the new full-length with Prika Amaral – the explosive outcome is mastered by Yarne Heylen.

“It was undoubtedly a very intense process in every way. Not only did we learn to work together, but also to get to know each other and live together. I am very lucky to be able to be part of a project like this and I am sure that with the release of this album, NERVOSA will take a very important step in its career. Working with Martin Furia was incredible, he helped me to find nuances in my voice that I didn’t know I had. Get ready, for a new era more powerful than ever!”

Guided by a marvelous force of uncompromising thrash and death metal, the raw power of Perpetual Chaos has its finger on the pulse of time: lyrically, NERVOSA does not hesitate to tackle issues that impact the very core of society as we know it. From political grievances and amplifying the voices of minorities to protesting against factory farming, capitalism and succumbing to the ill-informed musings of social elites – these commanding women do not mince words. Tracks like the airtight opener “Venomous”, the fast-twitching “Until The Very End” and “Time To Fight” prove that NERVOSA’s revitalized identity experiments with both fresh new elements and crucial auditory foundations without succumbing to any clichés. “Genocidal Command” perks ears with Diva Satanica’s vocal eloquence, accented by the outstanding range of Schmier (DESTRUCTION) whilst mirroring a rousing thrash metal manifest. A tremendous outcome awaits with brawl-brushed guitar lines, blisteringly fast drums and critical lyricism – striking the listener in a way only NERVOSA could. Viva Perpetual Chaos! 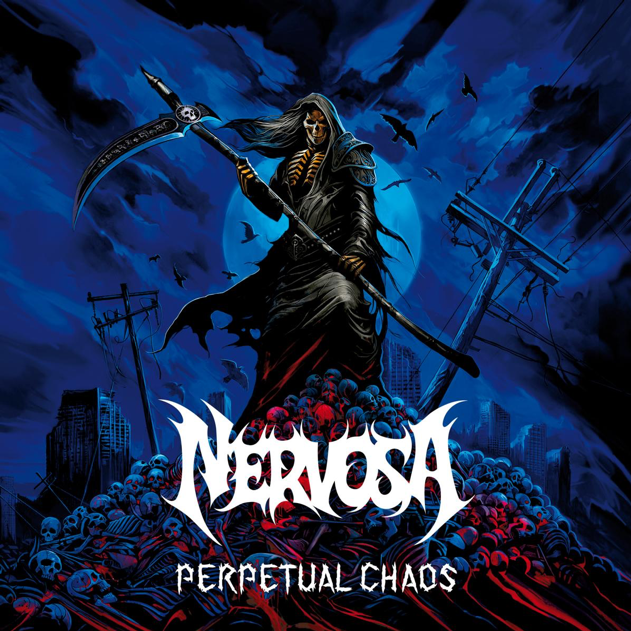 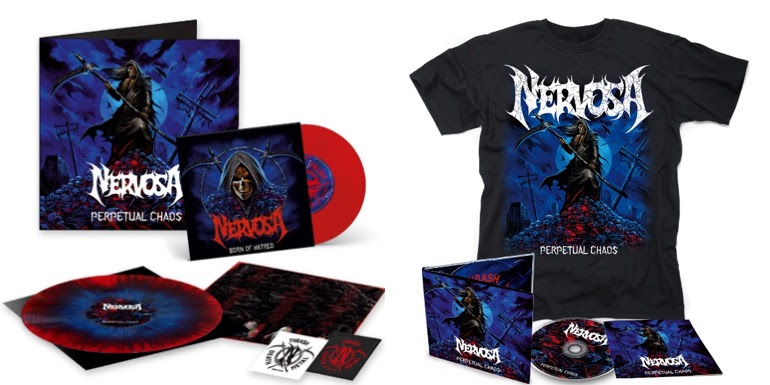