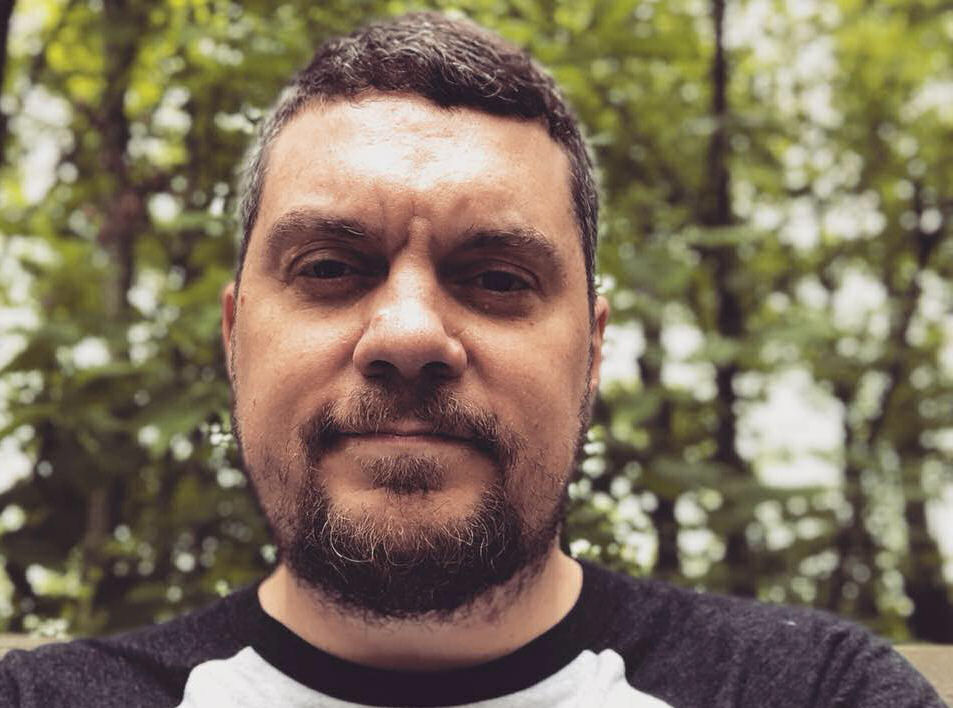 For two decades, Mark Hunter has been the face and voice of Ohio’s extreme metallers, Chimaira. This year would serve as the band’s 20th anniversary, but other than a brief reunion concert last Christmas, Chimaira has been on the shelf for 4 years. Hunter stepped away from the band to address his own mental health issues; his depression and diagnosed bipolar disorder. He remains as creative as ever, but these days he does it from behind the lens of a camera. This week, Mark will once again be in the spotlight, in front of the camera, as the subject of the new short-film documentary, Down Again.

In the film, Hunter will share his personal story about utilizing his art to battle personal struggles and bipolar disorder. The film is directed by Nick Cavalier – also recognized for directing Derek Hess’ award-winning Forced Perspective documentary – and will be free and available to stream at this link on October 10:

This week Metal Nation spoke with Mark Hunter about the film and mental health awareness. The topic of mental health and mental illness is a difficult one, as it’s very personal and individual, but for Mark that conversation starts with this documentary.

I think the film gives fans of our band,and maybe other artists that have these types of situations, a little bit of unique perspective into where these lyrics come from. So many fans attach themselves to the lyrics of the band, even get them tattooed or write them as quotes on their social media. They mean a lot to the fans. So it’s interesting for them to see that [the lyrics are] grounded in reality for me a lot. I’m not singing about my favorite movie or something, these lyrics are very personal. That’s the way I cope with the darker things in my life, which is to write these things down and to be able to scream them. As I touch on in the film, it’s very cathartic. I don’t think I’m too different from many artists out there. I think it just gives the casual fan a great insight into where this is coming from.

It feels like one of the hardest aspects for those who have some form of mental illness is the stigma that society has long attached to it.

That’s a great point. Sometimes I think we make that term, ‘mental illness,’ a little too black and white where it just means a straitjacket and padded walls. That’s what we perceive it as perhaps, but it’s really not that black or white. For example, what I have is a form of bipolar known as ‘hypomania.’ They kind of call it functional bipolar where it can affect you, but it’s not as severe as full blown mania. People like Steve Jobs, Thomas, Edison, and quite a few inventors, artists, and CEOs, are known to have had hypomania. And I’m not putting myself in league with those geniuses by any means. I’m just trying to showcase it’s not a guy in padded walls. Although some would argue Steve Jobs belongs there (laughs).

There are people who are creating and doing brilliant things and utilizing it to their advantage, and that’s kind of what Nick, the director, and myself do. We have the ability to focus on projects for long periods of time. We use it to our advantage and we have these moments of high-functioning productivity. That’s the blessing. Where it’s a curse for me is just as extreme as my productivity is, I can have down moments where I can’t be bothered to get out of bed and I can’t even choose what I’d want to watch on TV. So I wind up staring at a wall or something. It’s almost like you’re on pause. So those are the moments that affect me, where I’m either really up or really down. Usually the down times come after the finishing of a big project or maybe a big show. Our reunion concert for example; it took a good 2 to 3 months to get back to feeling myself again and feeling normal. I spent almost a year-and-a-half putting that show together with everybody. It was just non-stop working on that, and then boom, it’s gone. So you kind of feel this emptiness, this kind of a hangover, and it’s hard to find your footing again.” 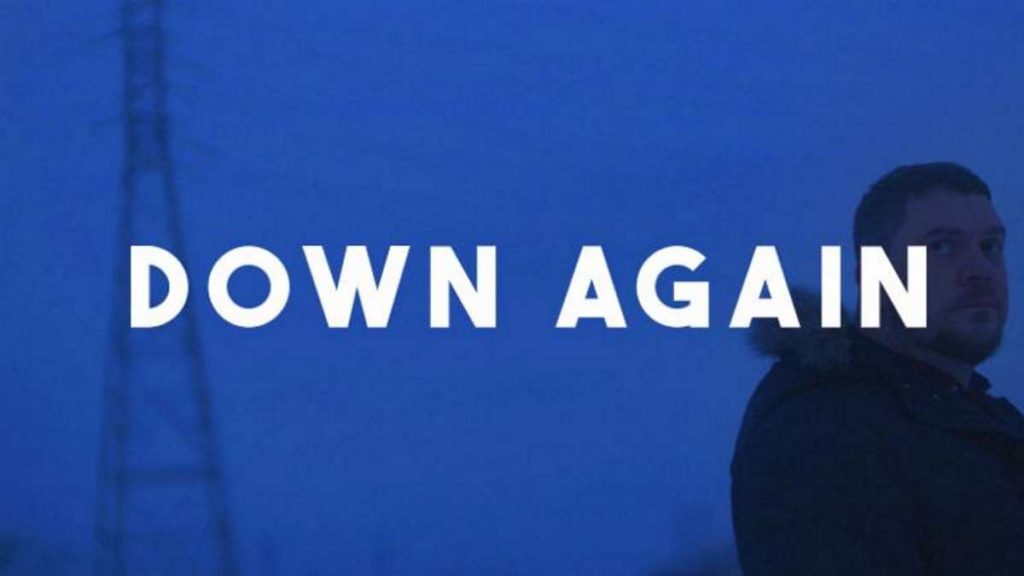 Hunter talked about meeting Nick Cavalier, the creation of Down Again, and putting himself out there in a real and vulnerable way.

To do a project like that, it has to be transparent. I had to be able to answer the questions as open and honestly as I could for Nick to give him what he needed. The project came together by both of us participating in panel discussion, with Dr. Reynolds, who’s also in the film. We met last year during a suicide prevention festival called Acting Out in Cleveland, sponsored by Derek Hess, who Nick also made a movie about. We just kind of talked about all of this stuff out in the open in front of people, and that was Nick’s ‘eureka’ moment, to put it on film. I thought it was a good idea, but I just didn’t think I was interesting enough, because there are people that are way worse than I am with this. But when you put it in the perspective that my story is a little more allegorical, and it can be about anybody, using my story as sort of a conversation rather than a full on explanation of what mental health is or how we’re going to cure it, or anything like that. I thought that was great. Also it benefited me because I was able to capture that moment in time; getting back on stage with my band mates who I hadn’t been on stage with in seven years. So that was fantastic to have that attached to it.”

You can check out the full interview with Mark Hunter below as he talks in-depth about mental health as well as his passion for photography and movies, and be sure to bookmark and watch Down Again this Wednesday, October 10th.