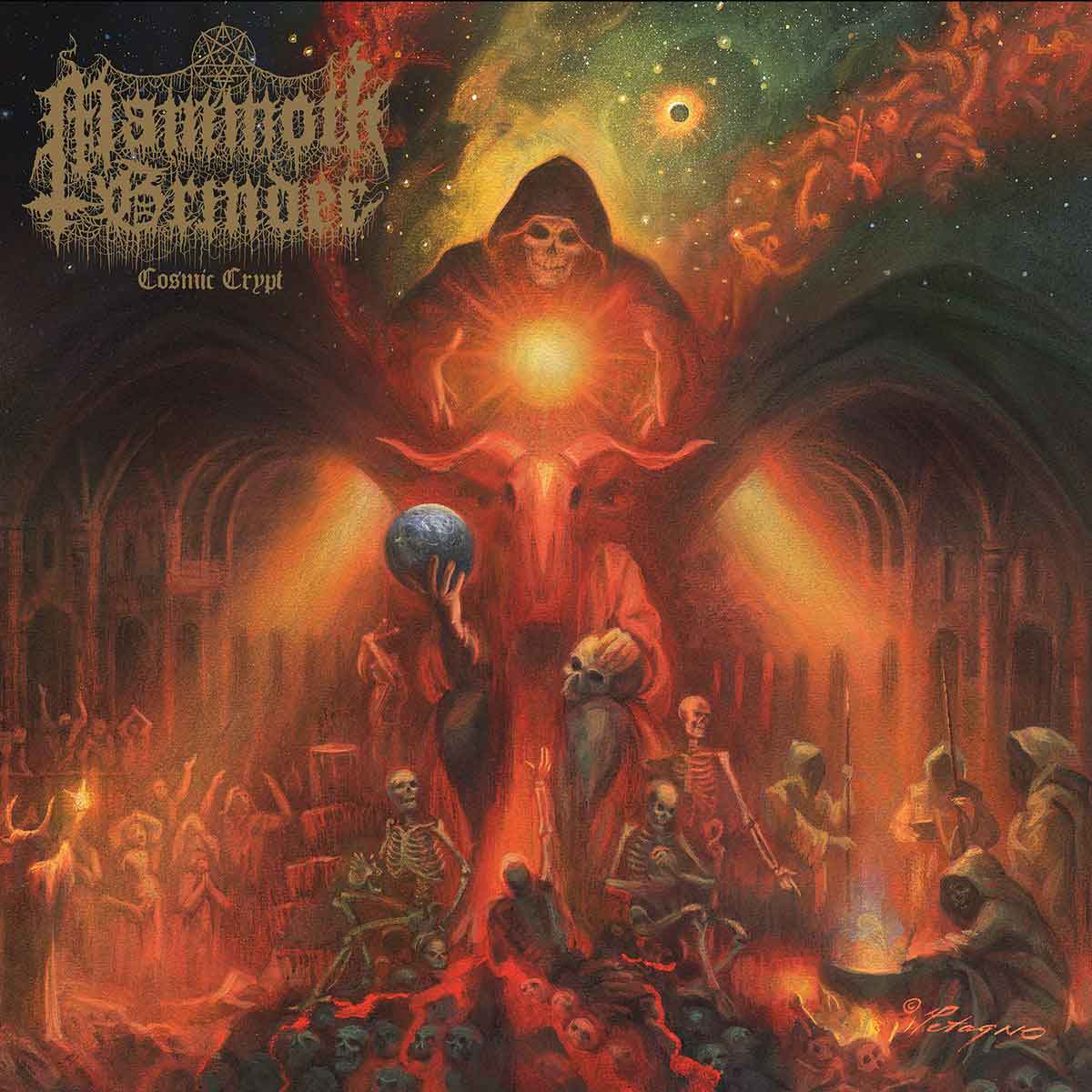 As soon as Mammoth Grinder released the due date of its newest album, it immediately jumped to my most anticipated album of this year. This Texas Death Metal supergroup is composed of current and former members of Power Trip, Iron Reagan, and Darkest Hour. Oh, and did I mention the album was mastered by Joel Grind of Toxic Holocaust, as well? Relapse has given him the reigns for some pretty awesome projects.

The first thing I noticed about Cosmic Crypt is that it’s a lot slower in tempo than previous efforts. I thought this was a little uncharacteristic seeing as these bastards are normally all over the place. I thought it would get faster as the album progressed, but it never did. And it was badass! Ryan Parrish proved that death metal doesn’t have to come out at flying speeds. The only way I can describe it is absolutely skanky. The ½ beat (where the skankiness is bellowing from) is crushing. This is the majority of this 28-minute effort. There are pockets of technicality, but a lot of the energy and musicality is derived from these astoundingly evil melody lines.

A good example of this is “Divine Loss”. At only 1:45, Mammoth Grinder is able to annihilate everything in their path. It is chock full of awesome musically sound riffs paired with the blast furnace fury that is Chris Ulsh. I feel like I shouldn’t have to say this, but I’m going to anyways: Death Metal isn’t about the vocals. The vocals are there to compliment the music. With that being said, it is still defined by gutturals and the occasion vocal frying. Ulsh on this record is all from the bowels of hell, and it goes so well with everything else that’s going on.

My favorite tune off the album is “Locust’s Nest”. Contradicting enough, it’s probably the fastest on the record. It sounds pretty on par for the album, but again… MELODIES! I feel the riffs in this tune in particular were especially awesome. The song fades out with about 45 seconds left, followed by a free-form ambient track. This is the only break in the action that you’re going to get.

It’s super early in the year and it’s way too early to guess what may be in my Top 10 albums of 2018, but I have a strong feeling this one will find its way.