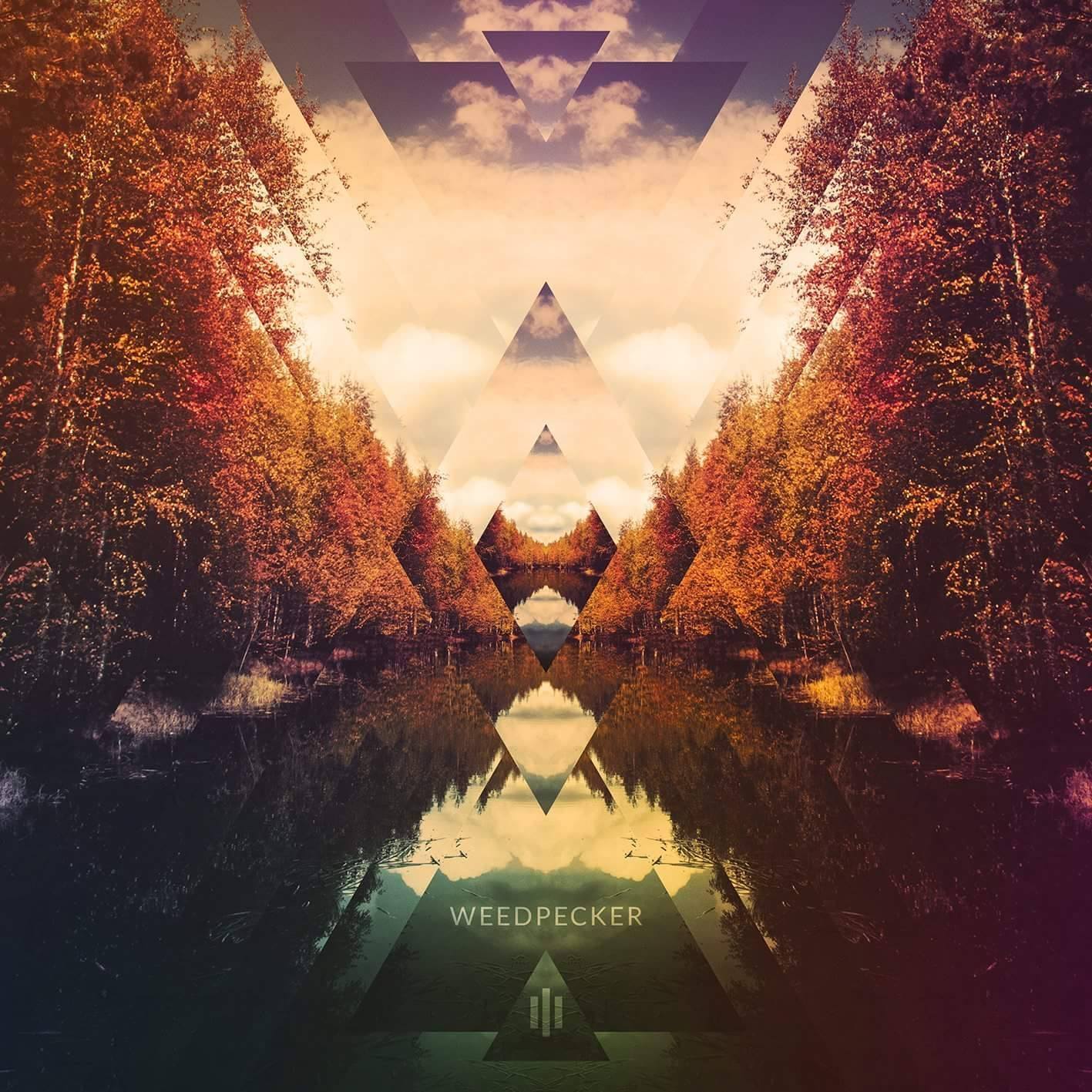 Iinspiration can be a fickle, fleeting thing.  I know this because I sometimes sit at my computer typing and then deleting sentence after sentence until something finally sticks—and all I’m doing is trying to articulate my remedial assessment of someone else’s work!  I can’t really imagine what it must be like to write truly inspired music which is probably why I am constantly in awe of those who can.  The means of conjuring creative energy are as various as they are wide-ranging—truly a subject unto itself—but we’re going to be talking about a band called Weedpecker here, so it’s not like we need to overthink the band’s philosophical approach to making music.  As if to remove any doubt, this is what singer/guitarist Bartek Dobry had to say in response to a recent query on the subject via an interview with the venerable JJ Koczan on his must-read website The Obelisk:

If we play the riff and we really feel it during the rehearsal than probably it’s good.  Or perhaps it’s shit and we were too high while playing it.  You never know.

Weedpecker is the brainchild of brothers Bartek & Piotr Dobry, who formed the band in Warsaw, Poland.  Shortly after their inception in 2012 they set about the task of charting a course across the heavy underground with the release of their self-titled LP in 2013, followed by their sophomore album II in 2015…weed-fueled creativity must not apply to album titles..huh.  Anyway, I had a little fun with their ham-fisted name in my opening paragraph, and while it is absolutely true that I would probably classify their sound as “stoner rock”, that term–as genre classifications tend to do–sells them well short.  Sure, their sound is largely centered around the known tenets of stoner rock–thick, syrupy riffs that unfurl over the course of minutes, not seconds, amidst a backdrop of repeating song structures–but their music has always hinted at an underlying sense of grandeur and vision rarely demonstrated in a genre generally acknowledged as being somewhat derivative yet still very much enjoyable.  On their most recent release via Stickman Records simply titled–you guessed it–III, Weedpecker bring those qualities fully to bear with satisfying results.

Your average rock band probably wouldn’t wait until the halfway point of a seven minute opening track to let the first meaty riff punch through, but that is exactly what Weedpecker does on “Molecule” as they instead opt to use the album’s opening moments to hammer out a rich & hazy atmospheric template, demanding a bit of patience from the listener in the process.  Weedpecker’s previous two albums, atmospheric as they were in their own right, were both quite riff oriented affairs, making III’s headlong forays into meandering psychedelia feel like a rather large creative jump, but that’s not to say that III doesn’t bring the riffs, because it totally does!  The album’s second track, “Embrace”, graduates rather quickly from its meditative opening section before bursting into some of the most majestic and urgent riffage the band has ever written.  Similarly, “From Mars to Mercury” wastes little time in getting down to business, tossing riff after twisting riff into a murky stew of bass, drums, and mellotron for the first half of its 10+ minute run time before allowing a brief and beautiful respite as the song shambles towards its chaotic conclusion–demonstrating Weedpecker‘s command of the art of the build-up.

III is pretty clearly structured for vinyl, but despite the placement of “Liquid Sky” on the album’s back half, one could argue that it serves as the album’s sonic centerpiece, as it sounds like the culmination of everything Weedpecker is going for here.  “Liquid Sky” is also notable in that it is really the only track on the album that maintains any sort of consistent structure and focus across the majority of its running time (6 ½ minutes, making it the shortest track), which probably sounds like a critique though it absolutely is not.  Like I said, these guys are not your average rock band, and as they close the album with “Lazy Boy & The Temple of Wonders”–a song that could easily be mistaken for an obscure Pink Floyd B-side until that glorious moment about two-thirds of the way through the song when Weedpecker unload the entirety of their sonic war chest into a single euphoric minute–you honestly have to ponder what the frayed edge of stoner/psych rock is going to sound like in 2025 if this is what it sounds like today.  We’re in good hands.

As is clearly the trend with a lot of what is coming from the stoner/psych scene these days, Weedpecker’s sonic inspirations are various and wide ranging but, at the same time, made wholly to feel uniquely theirs by way of their impassioned playing and superior musicianship.  Listening to an album like III, the mind naturally seeks to compare it to the works of others–Elder certainly comes to mind–or for a metaphor that best encapsulates the feeling that comes from listening to it.  Since I just did the former, allow me to take a stab at the latter:  Listening to III is like lying back in an innertube while floating down a lazy section of river in the warmth of the summer sun after drinking, like, 8 beers.  As your tube slowly spins around, gently wafting in the current as it floats along–your perspective and spatial awareness in a constant state of flux–you hear rapids up ahead.  And at that moment, you know you’re in for an exhilarating trip.  Hang on tight.